The poor can see fancy cars on ever-widening roads, and swanky malls, but what has that to do with their own lives? 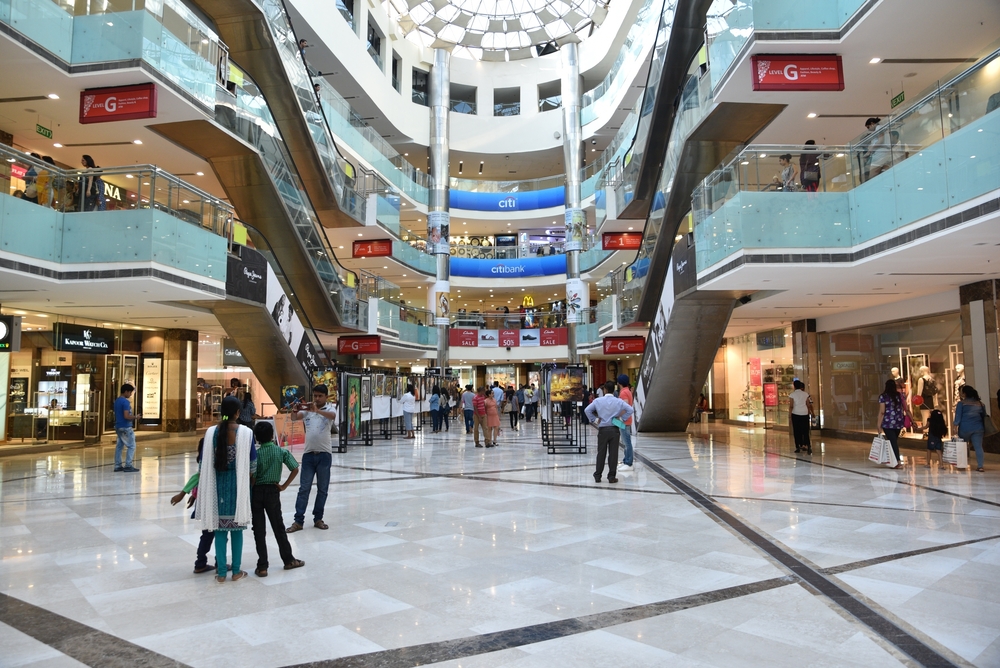 A shopping mall in Gurgaon, near New Delhi. As a ground-level politician for the last three decades, visiting principally the poor in every village panchayat and every town/city ward of my constituency, I have had great difficulty in persuading the people that the good days are here
(Shutterstock)
Mani Shankar Aiyar   |   Published 16.06.19, 04:00 AM

Dr. Arvind Subramanian’s credentials for questioning the official measurement of GDP growth are impeccable. Not only has he been Chief Economic Adviser to the Narendra Modi government, he is also rated among the top economist-statisticians at Harvard, arguably the top university in the world.

My credentials for commenting on his and his critics’ views are altogether more doubtful. I ducked the Higher Mathematics paper in my school-leaving examination and barely got by in Lower Maths. It is true I conned Delhi University into ranking me First Class-First in my BA (Eco) Hons exams – a decision so outrageous that my Head of Department at St. Stephen’s refused to shake my outstretched hand, muttering, “You did not deserve it”, and was not placated even after Cambridge put me in my place with a low second in my Economics Tripos (bringing to mind our English teacher at school, Holdy, who responded to a cheeky question about his academic performance at Oxford by replying: “I avoided the vain ostentation of a First; and the utter mediocrity of a Second; and took refuge in the delightful obscurity of a Third!”)

All this is by way of exculpating my chutzpah in commenting on the economists who have been clacking “like startled geese”, as TCA Srinivasa Raghavan has put it in his column in The Telegraph (13 June), on the heated controversy that has broken out among the eggheads on whether Arvind Subramanian is dead right or utterly wrong. While their exchange of arcane views in convoluted technical jargon makes me recall the parallel of the mediaeval schoolmen in Europe in the Middle Ages earnestly arguing among themselves about how many angels could dance on the head of a pin, we could perhaps return the argument to earth by just dwelling on the essentials.

The essentials go back to Dr. Raj Krishna, an Indian economist-cum-droll wit of the viciously right-wing Chicago school of economists, who damned our annual average GDP growth of 3.5-4 per cent under successive Congress governments, running socialist policies on socialist slogans in the ‘50s to the ‘70s, as the “Hindu rate of growth”. The expression was seized on by the popular press, the Swatantrites and even the saffronites, and became, over time, the defining description of the growth path we were treading under Nehru and Indira Gandhi.

Now, Arvind Subramanian has punched a big hole in our three decades of economic reforms which have removed “socialism” even from the Congress party’s vocabulary by relentlessly arguing that far from having doubled the “Hindu rate of growth” to nearer the Chinese rate of growth, we have, in fact, no more than stagnated at what may conveniently be called the “Hindutva rate of growth”. Subramanian’s carefully marshaled evidence establishes that growth on the ground has been at least 2.5 per cent per annum below the official claim that we have moved up to a 7 per cent trajectory, at least in the years 2011-2017 that Dr. Subramanian has meticulously studied. 4.5 per cent is the now-established ‘Hindutva rate of growth”, just a whisker above the “Hindu rate” which earned Prof. Raj Krishna notoriety if not fame.

What innocent bystanders like me can gather from the flak filling the skies is that when from the year 2010-11 our sarkari statisticians decided to change the basis of calculating Gross Domestic Product from volume to volume+productivity+qualitative improvements they succeeded in boosting GDP growth rates by some 2.5 per cent without going back into the past to revise all the figures from 1914 onwards on the same basis. (1914 was the initial year that Dr. VKRV Rao, then a graduate student in the Twenties, had taken as the base year for his pioneering work in estimating GDP growth).

It was with the VKRV Rao methodology that our annual average rate of GDP growth in the last years of Empire, 1914-1947, was estimated initially at 0.72 per cent, later revised to 1.22 per cent. So the “Hindu rate of growth” was actually three to five times higher than the “Christian rate of growth” in the British period of unbridled liberalisation and globalisation. Had we maintained that socialist rate of growth of the Hindu rate of growth we should today have been growing from between 11-17 per cent per annum!

Those estimates were and are, of course, volume-based estimates. So, even conceding the critics’ point that Subramanian has not taken into account productivity and quality value addition, his output-based figures for the recent period compared to the “Hindu rate of growth”, which was also estimated on an output–based methodology, would appear to suggest that for all the hoo-haa of the “1991 Washington consensus” on glob/Iib, in the Indian case at least it has taken us forward on the road to Valhalla at a quite meaningless half percent acceleration.

As a ground-level politician for the last three decades, visiting principally the poor in every village panchayat and every town/city ward of my constituency, I have had great difficulty in persuading them that the good days are here. Yes, they concede, they can see fancy automobiles on ever-widening roads swishing by them, and fabulous new buildings all around them, and swanky shopping malls and five-star hotels, and memsahibs dressed in the latest fashions, but what has that do with their own lives? True, there have been incremental improvements in their incomes and some delivery of a slew of welfare schemes but has this made them tangibly better off?

Our economists divide the population into two categories: BPL and APL, as if at some magical cut-off point of daily consumption a man and his family go to sleep below the poverty line and find themselves next morning richly above that poverty line. When the late Dr. Arjun Sengupta, a man of conscience despite being a professional economist, tried to nuance that by sub-dividing the BPL into three degrees of destitution and the APL into three categories of the better off beginning with the still “vulnerable”, he discovered that whereas the Planning Commission counted only 236 million poor, if he added the destitute to the ’vulnerable’, who are in danger every day of slipping back into destitution, he came up with the figure of over 700 million poor (then about 70% of our population).

The GDP-wallahs in the Planning Commission derided this infantile Left-wingism and stuck to their claim that in ten years of the UPA 138 million had been raised above the poverty line, a record unique in the annals of world history. The poor hit back by reducing the claimants from 206 to 44 seats in the Lok Sabha. A similar fate awaits the Hindutvists who are now riding the NaMo wave with fanciful claims of catching up with the Chinese.