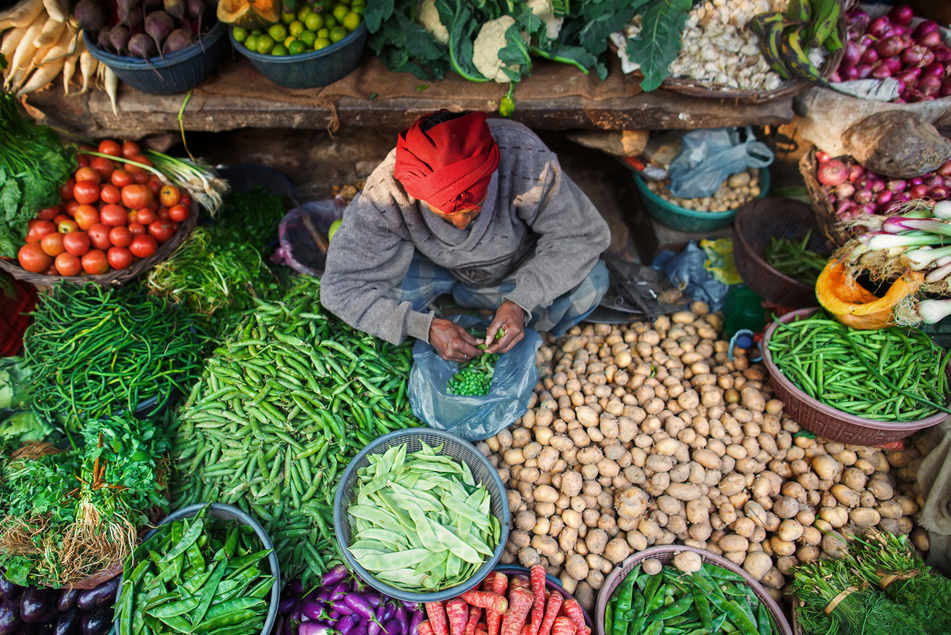 Indian GDP data barely covers half the transactions or level of economic activity in the country. The other half, or perhaps 60 per cent, is in the so-called informal sector, about which whatever is known is mostly wild guesswork.
(Shutterstock)
Published 13.06.19, 03:21 AM

Once, in the early 1970s, I asked a very learned uncle why India had fallen off the knowledge map after the Gupta Empire declined. He thought for so long that I was about to repeat my question when he replied.

“Because,” he said, “Indian intellect busied itself with the arcane, which as it became even more arcane became even more irrelevant. The method was tarka-vitarka – argument and counter-argument – which had but one purpose: vanquishing your rival’s point of view by debate.”

He went on to explain how the Brahmins, who had a near-complete monopoly on knowledge, busied themselves with increasingly esoteric questions about the cosmos, epistemology, teleology and suchlike. “It was useless knowledge from society’s point of view and left us in a weakened state.”

I am recalling this conversation -- which I have summarised hugely -- because of the research paper the former Chief Economic Adviser to the Finance Ministry, Arvind Subramanian, has written for Harvard University. In it, he says two things: One, that India’s GDP growth rate was massively over-estimated between 2011-17 and, two that this calls for a thorough overhaul of the Indian statistical system.

On the latter, everyone is agreed and indeed that is why the Indian Statistical Commission was set up about a decade ago. It has been trying as hard as any such body can. Its path has been strewn with administrative difficulties and turf wars within the small ecosystem of Indian statistics.

But it is the claim, and not the exhortation, that has caught the world’s attention. It is like when the American singer Madonna when she posed in the nude. Her intent was to startle. Mr Subramanian has had exactly the same effect. Not surprisingly India’s economists are honking like startled geese.

At the eye of the storm is not the issue but Mr Subramanian.

This is mainly because except for perhaps a dozen economists and statisticians – same as the vidvaans of the Gupta period – everyone else knows this is a sterile debate. It is exactly the Jewish theological question about whether electricity is fire and if it is, whether an elevator can be used on the sabbath. Orthodox Jews don’t cook on Fridays.

Mr Subramanian says GDP grew at best at the rate of 4-5 per cent between 2011-2017. Official statistics say it grew it by over 7 per cent.

Pronab Sen, former chief statistician and head of the statistical commission, has told The Hindu that Mr Subramanian’s method is flawed and that therefore he has arrived at a flawed conclusion.

“If you think about GDP growth, it can come from three distinct factors,” Dr. Sen told The Hindu. “One is growth in volumes, the amount that is produced. The second is growth in productivity, and the third is improvement in product quality. What Arvind has done is that the indicators he has used are all volume indicators, and having done that, he has said they were very strongly correlated prior to 2011 but not after that period.”

He went to pick many more technical holes in Mr Subramanian’s paper. For example, what happens to the Indian GDP growth rate when the price of imported crude oil increases? It declines – and vice versa. But what’s the use of econometrics to find out what any shopkeeper can tell you for free?

Doubtless there will be an inconclusive war of words now. The question is to what end.

Until 1993, no one much cared for GDP estimates because everyone knew how vague they were, intended more to point to the direction of total output than its precise rate of growth.

Then in the 1990s, Alan Greenspan, the chairman of the US Federal Reserve, unleashed his policy of keeping the price of financial assets high. This led to investors who were buyers in the market to demand more precise estimates of the growth rate of GDP. Their jobs and wealth depended on advance knowledge because basically they are all gambling.

Over the next ten years, this led to the creation of an entire industry of GDP growth forecasters. But while for Wall Street there was a clear and specific reason – income, wealth and livelihood, in India it was a case of ‘monkey see, monkey do’.

Thus, while in the US, where there was real money at stake, they improved their data collection, in India we went with what we had. We were good at analysis but we forgot that the prior requirement for good analysis is good data.

As a result, while our analysis is as good as any in the world, our data collection sucks. It is very nearly a case of what is called GIGO – garbage in, garbage out.

It was this realisation that led to the changes made since 2011 -- of relying on differently collected data with less scope for the errors of the past. Mr Subramanian, Mr Sen told The Hindu, was not comparing like with like.

Here’s a hard fact: Indian GDP data barely covers half the transactions or level of economic activity in the country. The other half, or perhaps 60 per cent, is in the so-called informal sector about which whatever is known is mostly wild guesswork. Is it any wonder that we keep having these debates?

This is what has happened after 2011 when the government started raising indirect tax rates back to the pre-2009 level. The new method — GDP at market prices — has merely captured that increase.

But that’s not all. GDP growth rates also measure the changes in value addition in production of manufacturing and services. Thus, if you spent Rs 100 on inputs and sold the output at Rs 120, value addition is Rs 20. If the next year you spent only Rs 95 and sold at the same price, the growth rate will go up.

And here lies a paradox, as Mr Sen points out: if global prices start rising, say of oil, India’s GDP growth rate will come down! It is high now because global prices of all commodities are low.

To this I can add my own puzzle: can an economy that produces no goods or services but is nevertheless taxed by the government, grow? The answer is yes it can.

Suppose you go into a restaurant to eat but before entering you have to pay an entry tax levied by the government. However, you find that the restaurant has run out of food, which means no output has been produced, and you come out having spent nothing. Yet, the government has collected Rs 100.

Now if it raises the tax to Rs 110 the next year and the same thing happened — no food, no bill — the economy would have grown at 10 per cent without producing anything at all.

This sort of thing may be amusing, but if you ask me it is exactly like the TikTok videos. You chuckle and move on.