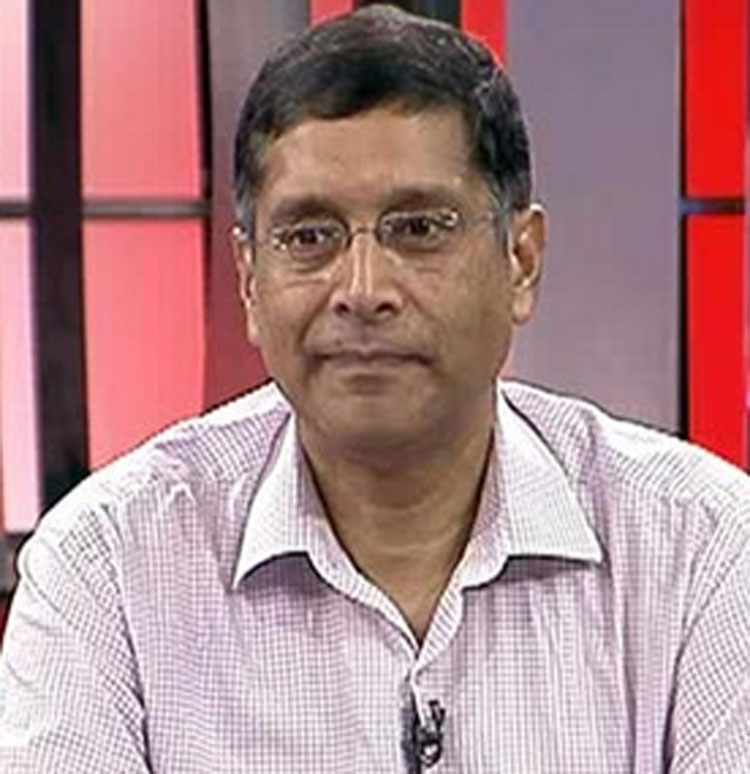 The Modi government found itself in a stew on Tuesday after former chief economic adviser Arvind Subramanian put out a paper in which he said India’s GDP growth estimate had been exaggerated by around 2.5 percentage points between 2011-12 and 2016-17 — a period that straddles the UPA and the NDA regimes.

Subramanian, who left the Modi government in somewhat controversial circumstances last year, said in a working paper prepared for the Center for International Development at Harvard University that India’s GDP growth rate during this period was about 4.5 per cent against the official estimate of close to 7 per cent.

“We estimate that actual growth may have been about 4.5 per cent with a 95 per cent confidence interval of 3.5-5.5 per cent,” Subramanian said in his paper, arguing that the overestimation stemmed from the change in “its data sources and methodology for the period since 2011-12”.

It must be mentioned the decision to change the base year to 2011-12 was adopted by the Modi government in January 2015.

Subramanian had a suggestion for the new Modi government: the entire national income accounts estimation should be revisited. “Restoring growth should be the urgent priority for the new government,” he added.

Late in the evening, a red-faced Modi government refuted Subramanian’s claims by rubbishing his paper as a “simplistic macro-econometric modeling”.

“The estimation of GDP in any economy is a complex exercise… immense and diverse economies like India take time to evolve the relevant data sources… In absence of data, alternate proxy sources or statistical surveys are used,” the government said in a statement.

The Modi government tried to draw comfort from the fact that the GDP growth numbers put out by the Central Statistics Office were “broadly in line with” the projections made by various national and international agencies.

Subramanian has argued that one of the key adjustments made in the methodology for calculating GDP in 2015 was the shift to financial accounts-based data compiled by the ministry of corporate affairs, from volume-based data previously.

He claimed that this made GDP estimates more sensitive to price changes in a period of lower oil prices. Rather than deflate input values by input prices, the new methodology deflated these values by output prices, which could have overstated manufacturing growth.

In the period before 2011, manufacturing value added in the national accounts used to be closely correlated with the manufacturing component of the Index of Industrial Production (IIP) and manufacturing exports. However, this link has broken down, Subramanian added.

The former CEA also raised questions about the Modi government’s elaborate back-casting exercise in December last year that was designed to refute a report prepared by economist Sudipto Mundle in July last year which claimed average growth during the UPA tenure was 8 per cent compared with 7.3 per cent during the NDA regime.

“Earlier this year, there were also substantial upward revisions to estimates for 2016-17 and 2017-18 which seemed surprising given that they were years when the short-term impact of two major policy actions — demonetisation and GST — would have been most severe,” Subramanian said.

Local economists waded into the controversy. Pronab Sen, former Chief Statistician, did not agree with the contention that the growth numbers were over-estimated.

“When the base year was changed to 2011-12, the methodology to calculate the growth was also changed to a value-based approach as that captures economic activity better. Most of the developed countries use this method; only developing countries use the volume-based approach. He (Subramanian) seems to suggest that the volume index approach is better, which I do not agree with.”

However, Mundle said: “Ever since 2011-12 was adopted as the base year, there have been issues with the data sets. Several economists have expressed their discomfort with these numbers. What Subramanian has done is to carefully analyse alternative indicators and say there has been over-estimation.”

“What is needed is to set up an independent body of experts to study the methodology and implementation of GDP estimation to bring credibility to the numbers,” he added.

Prof Arun Kumar, noted for his study on black money, said: “The GDP is over-estimated, but we cannot compare the data with other economies as has been done by the former CEA as the country has a large unorganised sector, unlike other nations.

The controversial paper by the former CEA comes just 10 days after the CSO estimated India’s GDP growth in 2018-19 at 6.8 per cent — the slowest pace in five years.