Advertisement
Home / Opinion / When exactly will we become a $5-trillion economy?

When exactly will we become a $5-trillion economy?

Nirmala Sitharaman said 'in the next few years', but what does that mean in terms of actual numbers? 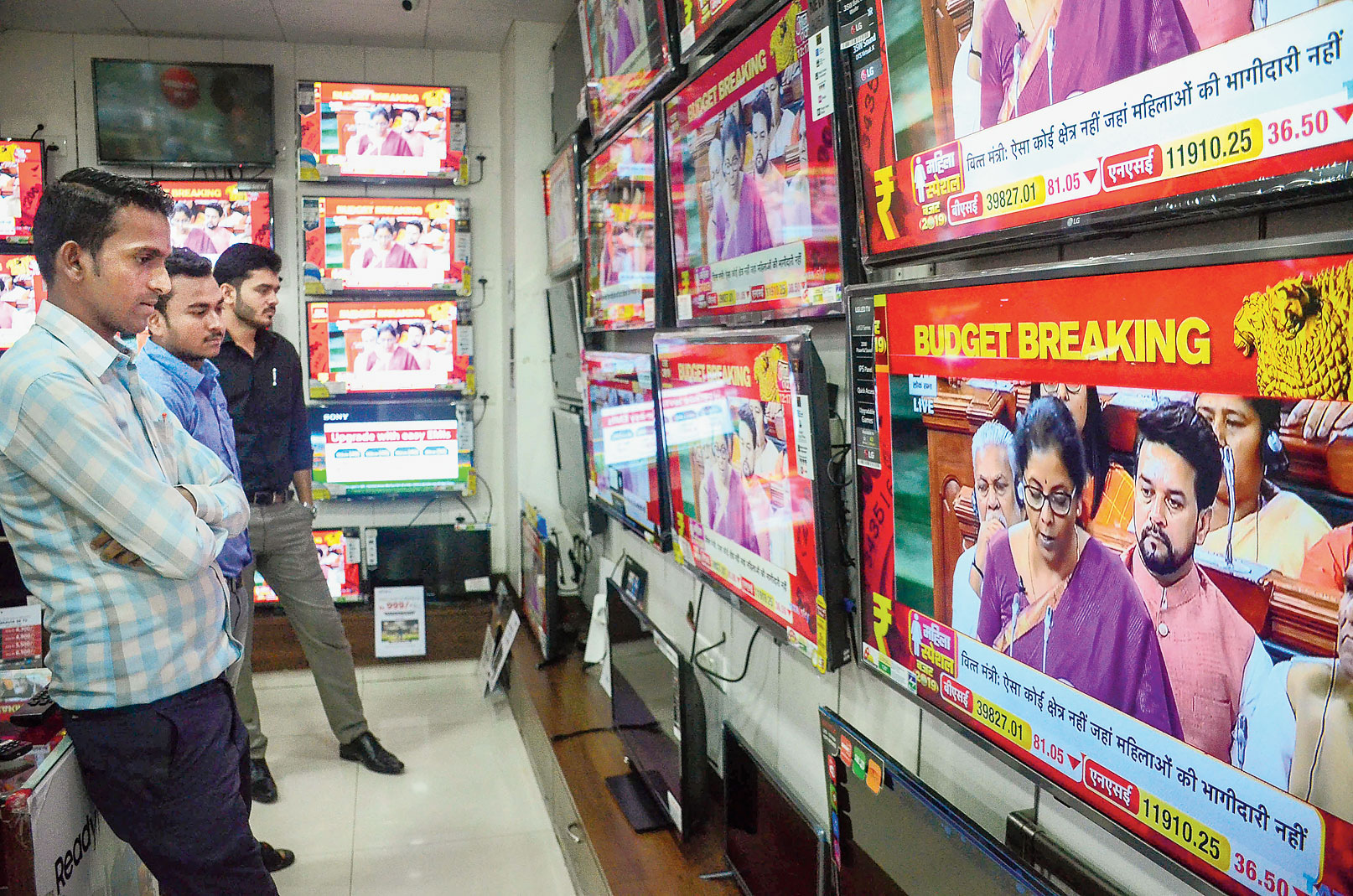 Now that opinions of multiple shades have been expressed over the recently tabled Union budget, it is worth pondering over a simple economic calculation that few cared to shed light on. The matter concerns the impact of economic growth on India’s gross domestic product as predicted by the Economic Survey 2018-19 and the Union budget 2019-20.

The first document states, “To achieve the objective of becoming a USD 5 trillion economy by 2024-25… India needs to sustain a real GDP growth rate of 8%.” The second declares, on the other hand, “Our economy… [has] within 5 years… reached US $2.7 trillion… It is… within our capacity to reach the US $5 trillion in the next few years.”

The Survey, while assuring a $5 trillion economy by the time the present government seeks a fresh mandate, is silent about the size of the economy at the end of its term in 2018-19. The finance minister, by contrast, replaces the time horizon by the expression “next few years”, but she clarifies that India was a $2.7 trillion economy by the end of the first term of the government.

According to the ministry of statistics and programme implementation, India’s GDP at current prices stood at Rs 190.1 trillion in 2018-19. At the exchange rate ruling now ($1 approximately equalling Rs 68.74), the dollar value of India’s GDP in 2018-19 turns out to be 2.7 trillion, which matches the figure quoted by the finance minister.

School arithmetic teaches us that a uniform 8 per cent rate of growth is a compound rate of growth. Further, the compound interest rate formula shows that the present value of $2.7 trillion will grow to $4 trillion (approximately) in five years. Since the finance minister chooses the starting point to be the nominal GDP at 2018-19 prices, an 8 per cent real rate of growth should lead to the terminal value of four trillion at 2018-19 prices alone. Therefore, unless the $4 trillion is revalued at prices prevailing five years away, the Survey’s claim appears to be invalid.

There is a $1 trillion, or a $1,000 billion shortfall, which means in turn, assuming a population size higher than 1.3 billion, a per capita deficit exceeding Rs 52,861. A person with a Rs 50,000 annual income would have been earning more than one lakh rupees at the end of five years, if the forecast turned out to be true.

Turning over to the finance minister again, how few are the “next few years” going to be? At an 8 per cent rate of growth, the above method of calculation shows the figure to lie between eight and nine years. In other words, the goal will be achieved sometime during the next tenure of the ‘present’ government.

Finally, what should be the rate of growth if the five trillion target were to be achieved in the course of the coming five years. The answer to this question can once again be found by using the compound interest formula. A child’s table calculator will show the rate of growth to be 13 per cent (approximately). If the economy could grow steadily at the highly unlikely rate of 13 per cent per annum, the objective of US $5 trillion (at 2018-19 prices) will be achieved in five years. This being an absurd requirement we need not pursue it any further.

A far more important issue must now be addressed. The Economic Survey refers to a “real” rate of growth. How should the word “real” be interpreted? National income statistics customarily applies the qualification “real” to economic variables such as national income and GDP. Real GDP measures total output of an economy at fixed prices. Comparing GDP across years at fixed prices helps us interpret growth of the value of output to be an increase in real goods and services produced, rather than a mixture of output and nominal price increases. And it is an increase in the volume of real goods and services that indicates a rise in economic welfare. Consequently, “real” growth ought to imply growth at fixed prices.

The finance minister referred to real growth at 2018-19 prices in the budget speech. However, should 2018-19 be the base year for price fixation? Going back to Volume 2 of the Economic Survey, Chapter 01 refers to a fall in the growth rate from 7.2 per cent in 2017-18 to 6.8 per cent. The data match Central Statistics Office estimates and these are calculated for GDP at 2011-12 prices. It was only recently that the government changed the base year for measuring GDP from 2004-2005 prices to 2011-12 prices. How will the growth story change if one were to stick to the government’s accepted base year of 2011-12?

To be fair, the finance minister never made a claim as absurd as this. Nonetheless, since there is no clear indication in either the Survey or the budget speech about the way the government defines a “real” growth rate, it is necessary to view the problem, as we did, from as many angles as possible.

What growth rate should we plan for then? The East Asian miracles occurred over a 48-year period during which the economies grew at average rates of 4.1-5.1 and not 8 per cent. This suggests that we need not hurry too much.

Let us end on with a positive note. Unlike many, this author is not overly critical of the budgetary exercise. The budget appears to be common-people friendly, even if it has been criticized for deliberate or inadvertent numerical jugglery. It would have been surprising if the budget were not criticized, since it is an established custom to find fault with each and every annual budget presented in Parliament. Yet, casual observation suggests that the country has come a long way since Independence. There was a time when the possession of a telephone was a sign of high income or wealth and made it mandatory to submit tax returns. Compared to that age, people belonging to the lowest rungs of economic wealth own not merely phones now, but televisions and refrigerators as well. And one hopes that the Swachh Bharat Mission, with cooperation from the citizens, will not only put a stop to open defecation in rural India, but also clean up the facilities in suburban railway stations. Such improvements, signs of which are already showing, can take a society way forward, compared to the practice of providing five-star treatment for the exclusive few, however learned they may be.

Are we hurtling towards a fiscal crisis?