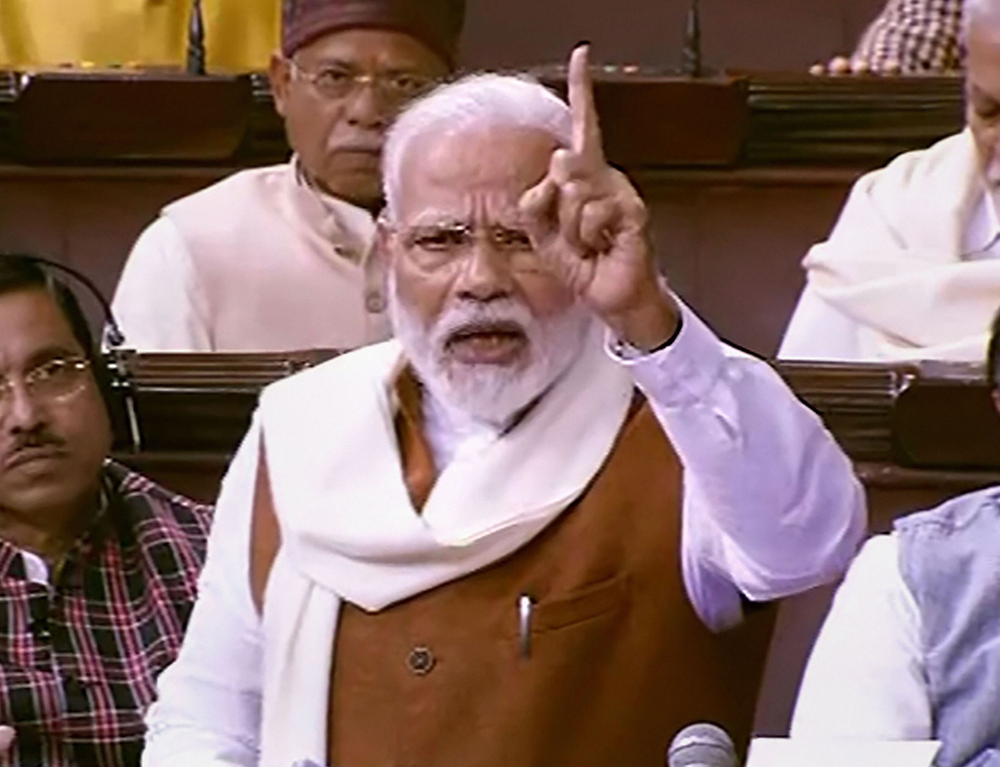 An act of omission can be intended to complement an act of commission. Consider, as a primer, the prime minister’s latest attempt to be parsimonious with the truth. While replying to the motion of thanks to the presidential address to Parliament, Narendra Modi wondered why the former prime minister, Jawaharlal Nehru — one of India’s foremost icons of secularism — had used the word, ‘minorities’, and not ‘citizens’, in the draft of the Nehru-Liaquat pact in which India and Pakistan pledged, among other things, to grant equality to those constituencies that did not enjoy numerical superiority. By referring to Nehru’s concern for minorities, Mr Modi probably aimed at justifying the spirit of the controversial Citizenship (Amendment) Act, which grants Indian citizenship to specific religious minorities — but not Muslims — from three neighbouring countries. Unfortunately, Mr Modi’s co-option of Nehru has come undone on account of the present prime minister’s propensity for selective representation of facts. The introductory line of the treaty that Mr Modi referred to in Parliament clearly states that the two neighbours must grant citizenship to minorities irrespective of their religious identity, a stipulation that has been mischievously omitted by the CAA in its present form. Mr Modi’s half-truth — the most cowardly of all lies according to a famous author — is likely to deepen the suspicion that the Bharatiya Janata Party is keen on using such legal provisions as the CAA to be selective in granting citizenship if and when the National Register of Citizens is imposed on the nation. The resultant anxiety would, in turn, keep the ongoing protests alive, notwithstanding the BJP’s persistent efforts to vilify the protesters.

The communal rhetoric spouted from the highest echelons of power to discredit popular movements against the CAA is not the only concern here. Being economical with the truth has, unfortunately, been turned from vice to virtue in New India. This government’s utterances — be they assurances on India’s economic growth, the ‘success’ of demonetization or, for that matter, the autonomy of institutions — have had to be taken with a generous pinch of salt on numerous occasions. In a democracy, an elected government enters into a pact with the electorate. Truth and trust are integral to this pact. Mr Modi’s spin on events past and present could cause this sacred bond between the government and the people to implode.