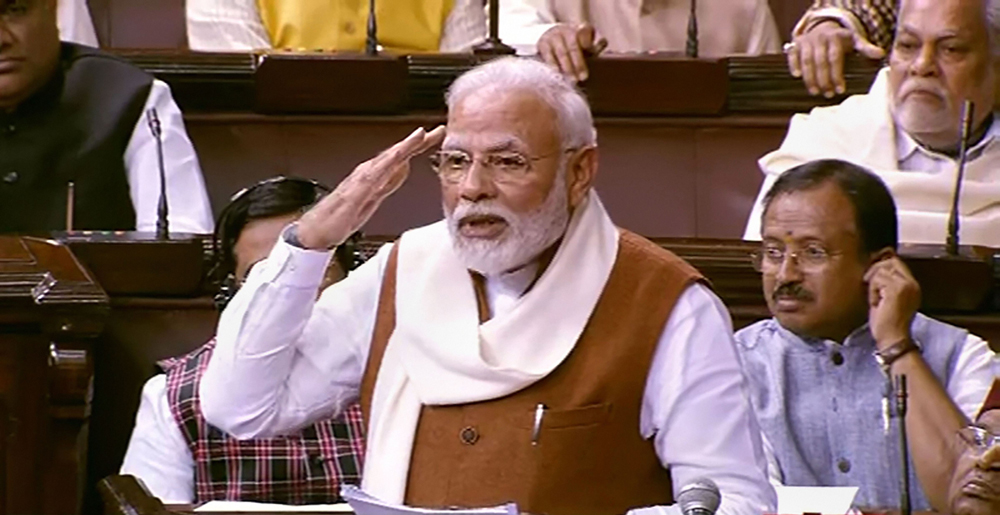 A word from Prime Minister Narendra Modi’s reply to the motion of thanks to the President’s address in the Rajya Sabha on Thursday has been struck off the records by Chairperson M. Venkaiah Naidu for being “unparliamentary”.

The Rajya Sabha secretariat followed this up with a notice on Friday that the word had been expunged.

Modi uttered it in response to the Opposition narrative on the NPR.

In 2018, soon after the election of the deputy Speaker, Modi had sought to pun on the initials of the Opposition candidate, B.K. Hariprasad. After the Opposition objected to it, the word was expunged.