THE THIN EDGE: The bleach of divisiveness 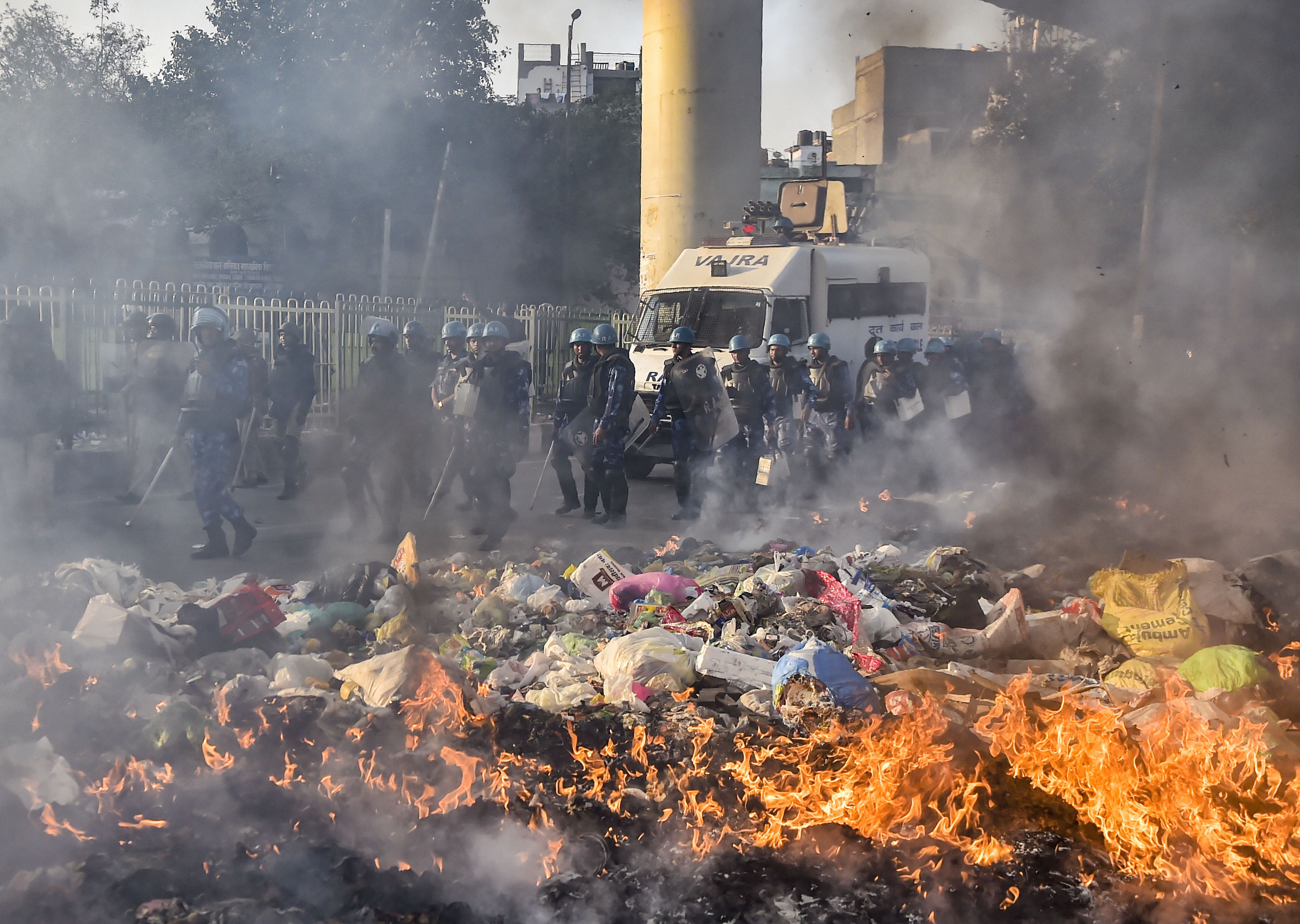 In a 1995 interview, Harun Farocki, the late German film-maker, spoke about the ideas of the Enlightenment in his thought and work. “It seems to me something has changed in the last 15-20 years... There was a key point that was crucial to the leftist project of enlightenment... This idea that you have to consciously understand history. The entirety of societal processes has to be thought through... otherwise you are just a victim of these processes. [Then] You can only act blindly, disastrously.”

Farocki talks about “... over 200 TV stations, [where] discourses are being staged. They speak of about a 1000 different topics. Reading the papers in the morning you are confronted, you have to form some random opinion about whatever topic they’ve picked... This knowledge they’ve put into circulation seems to be like gymnastics... as though you had to force those tired brain cells to do a bit of jogging.”

As mentioned, the interview is from 1995, and Farocki is speaking of the West and, specifically, about Germany (or the two Germanys) from about 1980 or a little earlier. However, his observations and analysis ring true for much about our situation today in India. Not many people in this country would have subscribed to the project of “understanding history as a Hegelian subject” but, nevertheless, there was, previously, a sense of the recent past, of some connectedness to the Independence movement, to the ideas of satyagraha and civil disobedience, a consciousness which seems to have completely eroded now. This erosion may well be the result of both the Centre and most states grossly neglecting education; it may also be a partial fallout of the Congress’s decline through its own acts, actually erasing the inclusive, secular socialism and internationalism that define the best period of the party’s history; it can be argued that the Congress committed a kind of hara-kiri on its own history. But this erosion, the vacuum of historical narrative, was something that the BJP-RSS sensed well before other political parties did, and they have taken full advantage of the ahistoricity that now seems hard-wired in the generations of Indians born since the mid-1980s.

Wherefore you can now reduce Gandhi to a logo for a largely ineffective sanitation programme, accuse Nehru of every failure of leadership under the sun and turn Patel into a monument in an obscene propaganda exercise designed solely to aggrandize the BJP-RSS. Wherefore you come to a tipping point in the dispensation of justice in our country: while the courts engage in allegedly trapeze acts, mind-boggling somersaults where day is deemed night and night day, someone can be brazenly arrested under a charge of inciting violence for a speech which does nothing but clearly and repeatedly espouse non-violence and Gandhian civil disobedience. In a country which retained a proper collective memory of satyagraha, no policeman, no matter what his instructions are from the political bosses, would have been able to proceed with the clearly mendacious and malicious charges such as the ones strapped on to Harsh Mander and Umar Khalid. No charges or arrests would have been countenanced and very few, marginal media organizations would have done anything but call disgrace on the whole police charade.

We have many more television channels than the 200 mentioned by Farocki, although the difference is that the menu is far more limited on the ‘topics’ most of them purvey, with the same half-a-dozen concoctions trotted out: Pakistan, Muslims, Urban Naxals, Pappu, Sickular, our great soon-to-be but-never-becoming five trillion dollar economy, our imminent superpower-hood, and the living legends who make up our steely two-headed leadership. Here, rather than the tired brain cells, it’s our sense of self that’s being targeted. Rather than being asked to do some mental jogging, what is being suggested is that we disrobe that sense of self, lay it on the equivalent of one of those electric sun-tan beds, and let the anchors and flickering headlines have their way with us. After which, says the unspoken promise, we will emerge reverse-tanned, fairer and lovelier and more plastic orange than before, roasted all over by the unceasing propaganda rays of the ruling dispensation.

Whether it is Kashmir, the coronavirus or the not-so-surreptitious sale of our environment and economic institutions, what the current government is constantly spraying over the people of India is the bleach of divisiveness. The plan is to isolate, atomize and marginalize those who have the education and historical awareness to ask uncomfortable questions; to brainwash the economically privileged classes and enhance the macho-majoritarianism and classist indifference with which we were already badly afflicted; and to keep the poor and the uneducated inundated with misinformation and encourage them to be at each other’s throats while looking to the so-called leaders of the Central government for ‘guidance’ and ‘protection’.

While speaking positively of the Enlightenment, Farocki adds several caveats, “great misgivings”, “despite the horrors” and so on. The reference is to the rationalist project of communism that had, undeniably by 1995, gone horribly wrong; in Russia, in China, in eastern Europe and in the erstwhile GDR. Farocki was perhaps reminding us of the various self-serving leaderships hollowing out the fine principles of socialism and creating draconian fascisms across the planet. Today, 25 years later, we can see the full ugly mutation of those fascisms in Russia and China. For Farocki, the necessary rejecting and resisting of those failed projects of communism did not mean that you were blind to the dangers of neo-liberalism and rampant capitalistic globalization. Nor, he would have argued, could you allow toxic programmes of re-mythologization to go unchallenged, whether that meant the very modern phenomenon of Islamic fundamentalism or the poisonous Hindutva fascism against which we in India are now struggling.

In the interview, Farocki speaks of Selbstlauf, a word that used to be in currency in the old GDR, “an idea that everything runs its course regardless, even if it was put together by people or culture.” Even in this bleakest of bleak moments, those who’ve studied history deeply will point out to us that projects of divisiveness can only last for so long. Sooner or later, the compartments break down and different groups of people start talking to each other, learning from the process. Those of us who find the current situation in India intolerable have to work towards breaking down the barriers the people in power are trying to fortify and, equally, we have to be ready with alternatives when those barriers do break down, whether entirely through our own efforts or perhaps with a little help from some freak biological, chemical or ecological phenomenon.