Through a rosy lens

The airbrushing of the Indian economy is damaging 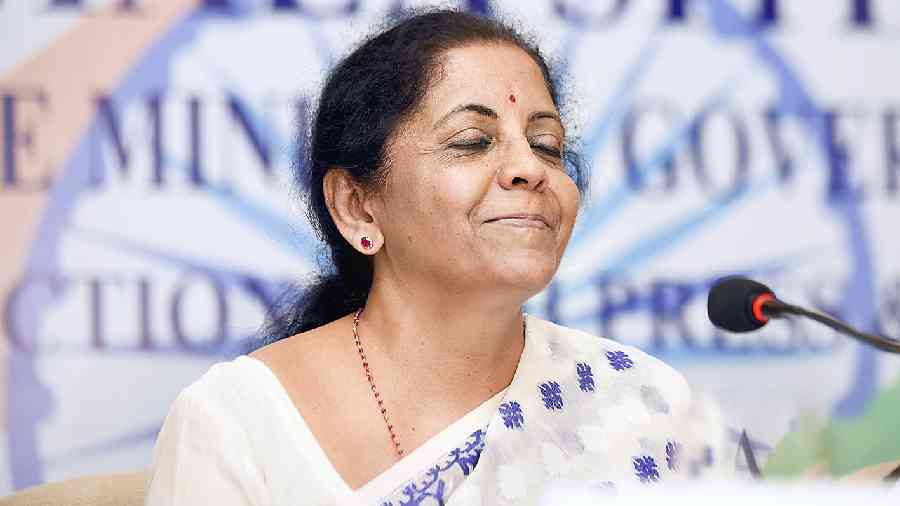 The latest Monthly Economic Review from the ministry of finance gives the reader a great deal of comfort by indicating that all is well with the Indian economy. If there is any cause for concern at all, it is from external economic and political shocks: events like the Federal Reserve in the United States of America raising interest rates, or Russia invading Ukraine. Anticipating global macroeconomic changes is the need of the hour according to the Review. In a similar vein, when the Reserve Bank of India recently raised the repo rate for the fourth time since May 2022, the problems facing the economy were identified as being external. Domestic economic conditions have been claimed to be quite rosy, with credit growth increasing, investment activities picking up, and the utilisation of existing capacity in industry increasing perceptibly. There is a puzzle, however, when one notes that almost all major international agencies that make forecasts about GDP growth have reduced India’s projections for the current year and indicated that the next year would be worse than the current one. The RBI and the ministry of finance appear quite happy with forecasts that are higher than those made by other forecasting agencies. The International Monetary Fund has reduced the forecast for the current year as have Ficci, Crisil, Moody’s and the Asian Development Bank.

Why are there distinct differences in perceptions?  One reason could be that the rating agencies and global organisations are more aware of external economic shocks looming on the horizon. That would cast India’s analysts in poor light for having missed out on foreboding signals. The other reason, of course, is the possibility that official Indian sources believe in painting a comforting picture, choosing to ignore disturbing trends and possibilities. In either case, Indian households and firms are unable to factor in the problems that might arise in the near future — in the next four or five quarters.

It is well known that economic activity thrives best in an atmosphere of peace and stability along with a well-established rule of law. These parameters depend on a number of social and political factors like freedoms and rights, institutional autonomy, a free press, and economic deprivations kept as low as possible, to name just a few.

A number of different international agencies monitor many of these parameters for a large number of countries and rank them annually, or every two years, according to some composite score they arrive at for each nation. The way the results are arrived at is transparent and available to anyone interested. The number of countries included in these indices are well above 150, barring one or two instances where the number of countries ranked are above 100. Sometimes, one hears the refutation of these results with the claim that the methods adopted for computing the indices are far from perfect and biased against India.

A couple of clarifications are in order at this point. No composite index of this nature is perfect; there are issues pertaining to data accuracies as well as what weights are attached to the various components of a measure. However, if an agency carries out the exercise for a large number of countries, and does so repeatedly for a certain period of time, then one question arises clearly: how is a particular nation faring visà-vis other nations? Is the ranking improving or deteriorating? Finally, there is no reason to believe that these agencies single out India and purposely choose methods that distort India’s numbers and ranks. One can give a long list of such indices where, during the last two or three years, India’s rank has deteriorated significantly. India has deteriorated in indices like Economic Freedom, Corruption Perceptions, Global Hunger and Global Food Security Index, Human Freedom, Human Development Index, Democracy Index, Press Freedom Index, Gender Gap and the Global Competitiveness Index. In the Global Peace Index and the Global Innovation Index, India’s position has improved marginally even though the rank is still very low. In the ranking for the Environmental Performance Index, India touched a low of 180 in 2022 from 177 in 2018. India’s rank was among the lowest two or three in the world. This particular index is a danger signal for environmental management for the future.

In the World Bank published Ease of Doing Business Index, there was a remarkable improvement in India’s rank, jumping from 130 in 2016 to 63 in 2019. Since this went in India’s favour, the result was proclaimed loudly with no one stopping to critically review the methodology used. However, after an independent audit, the World Bank withdrew the results, claiming that there were data compromises that needed further investigation.

The tolls that the pandemic took on education and health infrastructures are likely to have long-lasting adverse effects on society. If one adds to these data — mostly obtained from non-government sources — on the changes in poverty levels, unemployment, informalisation of the labour force, the overcrowding in the agriculture sector, a shrinking of the MSME sector by almost half, and the shocking increase in economic inequalities, the underbelly of the Indian economy would be fully revealed. According to the Niti Aayog, the current level of poverty in India is 25 per cent; that is one in four Indians remains poor. If one adopts the US $2 per day income as the cut-off level for poverty, then the ratio of poor people rises to 67 per cent of the population. According to an Oxfam Report on inequality, in 2021, the top 10 per cent of India’s population held 57 per cent of the nation’s wealth while the bottom 50 per cent held only 13 per cent.

While it is good to portray positive developments in a nation, it is unwise to brush problems under the carpet by blaming methods or data or the intentions of researchers. Knowing the truth, however uncomfortable it might seem, cannot hurt. It helps the nation to focus on, and prioritise attention to, problems that require decisive solutions. Many of the problems have been bequeathed to the nation as legacy issues. Discrediting the past does not offer real solutions. Not all is encouraging in the nation and not all the problems emerge out of international headwinds. Ignoring reality will only make matters worse.