Advertisement
Home / Opinion / The task is cut out

The task is cut out 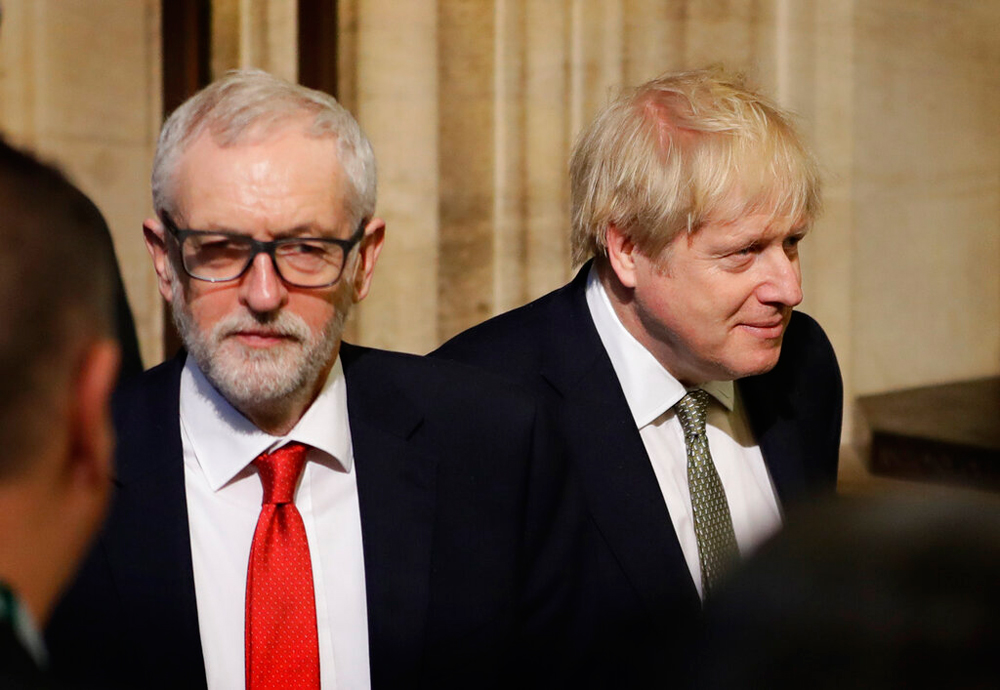 The Conservatives, led by Johnson, secured a whopping 80-seat majority in Parliament, the largest enjoyed by a Conservative leader since Margaret Thatcher in 1987; Labour was demolished even in decades-old strongholds
(AP photo)
Harsh V. Pant   |     |   Published 23.12.19, 06:57 PM

Boris Johnson’s emphatic victory in the United Kingdom’s general elections once again underlined how Brexit has delineated the political configurations in Britain. The choice before the British electorate was between Johnson, who promised to deliver Brexit by January 31, 2020 if he won a majority, and the Labour leader, Jeremy Corbyn, who wanted to negotiate a new Brexit deal and then grant a new referendum. For a nation tired of the political wranglings in Westminster, this was an opportunity to give a new direction to the British polity.

The Conservatives, led by Johnson, secured a whopping 80-seat majority in Parliament, the largest enjoyed by a Conservative leader since Margaret Thatcher in 1987; Labour was demolished even in decades-old strongholds. The Liberal Democrats have been the worst sufferers with their leader, Jo Swinson, losing her seat. The Scottish National Party on the other hand, has won big in Scotland.

While Johnson claimed that “...this One Nation Conservative government has been given a powerful new mandate to get Brexit done”, the divisions in the UK still remain significant. The Scottish nationalists are insistent on a second referendum for independence, an issue which is likely to take centre stage as the Brexit debate draws to a close. For now, however, Johnson’s priority is to deliver on Brexit, and the European Union (withdrawal agreement) bill, which would ban the government from extending the transition period past 2020, has already been backed by the House of Commons.

It is certainly important for Britain to set its own house in order so that it can engage with its global interlocutors more credibly. For India, Johnson’s victory is important as there were growing concerns about Labour’s attitudes on a range of issues pertaining to India. The Indian prime minister, Narendra Modi, was quick to congratulate Johnson on his re-election, resolving to continue working closely on issues such as trade, security and defence and climate change. Johnson and his party have been strong in their commitment to a robust India-UK relationship. During his election campaign, he visited the Swaminarayan Temple in north-west London, where he was categorical in his support for India’s fight against terrorism and for Modi’s drive to build ‘New India’. He has also suggested changes in the British immigration system which might help in resolving a persistent problem in India-UK ties.

In this, he carries forward the legacy of his predecessors, David Cameron and Theresa May, who nurtured ties with India and unshackled British foreign policy towards the subcontinent from the clutches of domestic politics. But Johnson has to get Brexit done and sign post-Brexit trade pacts with major economic powers including India. Britain is an important partner for India. The UK is the fourth-largest investor in India, while India is the third-largest investor in the UK. There is a 1.5 million-strong Indian diaspora in Britain, and a strong Indian presence in the manufacturing sector.

Thus, both sides have an interest in engaging more substantively with each other. With Brexit consuming British politics, the world has been in a perpetual state of turbulence. Indian foreign policy has been reacting to the changes in the global order with a rare proactive approach. Its ties with major global powers have seen a big shift. France has emerged as a serious partner with convergences across different dimensions: political, diplomatic and strategic. In the maritime space, the logistics agreement with France stands out as an important marker of the ambitions that the two nations share in recasting their ties in the contemporary context.

Britain under Johnson has its task cut out. Corbyn’s antics have done great damage; the Indian diaspora in the UK had traditionally favoured Labour, but it has been turned off by Corbyn’s agenda. As Johnson assumes charge and takes Brexit to its logical conclusion, it is expected that India-UK ties will get the momentum they need.