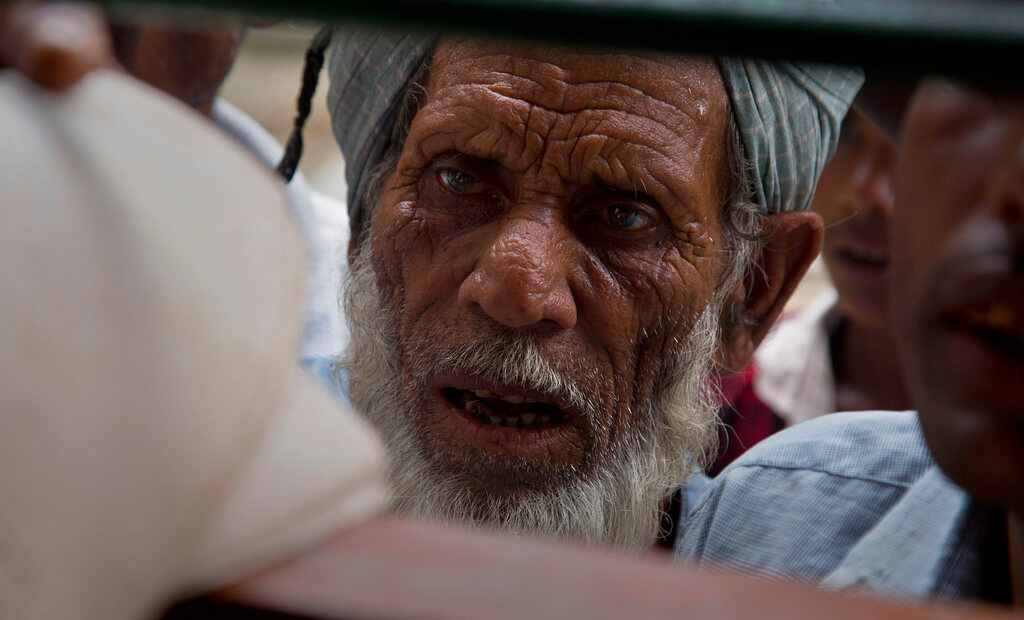 In its very intent and ideology, the National Register of Citizens, which was published on August 31, was an exclusionary exercise. If there is consensus on the NRC in Assam, it can be attributed to the fact that the ‘Bangladeshi’ is unwanted and deserves exclusion. In Assam, ‘Bangladeshi’ is synonymous with the outsider. The word, bongal, was first used in the war chronicles written in the 18th century by the astrologers travelling with the Ahom army to refer to Mir Jumla’s forces. Bongal was preferred over ‘moghul’ or musalman. The chronicles also suggest that bongal was, in fact, an umbrella term for enemies lying west of the Ahom kingdom and did not carry any religious connotation.

It must be noted that the present connotation of bongal was the result of translations made by lexicographers and historians such as Hemchandra Barua and Surya Kumar Bhuyan. In the reports of C.S. Mullan, new settlers from Bangladesh had been referred to as ‘ants’. The Union home minister, Amit Shah, had once called Bangladeshi settlers ‘termites’. The wall graffiti that appeared at important intersections in Guwahati, particularly after the protest against the citizenship (amendment) bill gained currency, had used ants and crows to depict Bangladeshis.

The social costs weighed heavily on the poor in the context of the NRC. Farmers running for papers to prove citizenship exposed the horrors entailed in the process. The collective conscience of the people remained unfazed by the death of several people who committed suicide because of issues pertaining to the NRC. A number of people had to give up their land and property, as they were made to run from one office to another, from one lawyer to another, and pay for the proceedings from their own pockets. The indifference raises a serious question: do we lack the courage to be reflective on and critical of policy decisions?

What will be the fate of communities when the objectives of the NRC and the citizenship bill are met? To understand this, one may have to question the idea of community, which has been put more often than not alongside the question of identity. Limited, pure and exclusivist notions of identity, culture and belonging create rigid and hierarchized people. Today, the nationalist bourgeoisie is seeking a glorified Hindu individuality. The State, in turn, is playing to the tunes of this spectacle. It needs identity politics so that its agenda can survive.

In the book, The Coming Community, Giorgio Agamben showed us that communication between its constituents is possible on the terms of love and mutual respect for rich differences — difference in language, dialect, customs and in others aspects of life. The idea here is that we love people not in the terms of their particularities but we love them with all their differences. When humans coexist without any representable essence of belonging, such a living would render irrelevant schemes like NRC and citizenship bill. Significantly, the trope of human rights is evoked only when the State does not recognize some people as citizens. For Agamben, this is actually the groundless state of limbo, where one writes a letter with no addressee, with no definite destination. This space is that of the victim — the ‘Homo Sacer’ — who has been stripped of community, of legal and political rights, and reduced to a ‘bare life’ without rights. So much so that others may kill him without committing homicide. The lynching cases that we hear of every other day is proof that such a state of affairs has already dawned upon India.

Further, the abandoned subject in the NRC process, bereft of his rights, is being relegated to the mechanisms of detention camps and foreign tribunals, spaces that signify the sovereign’s ban on some forms of human life. The sovereign’s principle of banishing certain people to a state of limbo, egged on by the mass media, ends up deciding who can be vested with political rights. If this is not, as Michel Foucault had warned, the animalization of man, what is?

While amnesty is to be provided to the persecuted Hindus through the citizenship bill, the Homo Sacers of NRC are likely to be put under the bus. The former DIG of Assam Border Police, Hiranya Kumar Bhattacharyya, and Hiren Gohain, the literary critic, support the NRC. Like many others, they are perhaps keen on promoting a lebensraum for the sons of the soil — the khilonjiya — that is inhumane, unethical and immoral.