The road to nowhere

By hiding Kashmir's reality, the press is revealing more 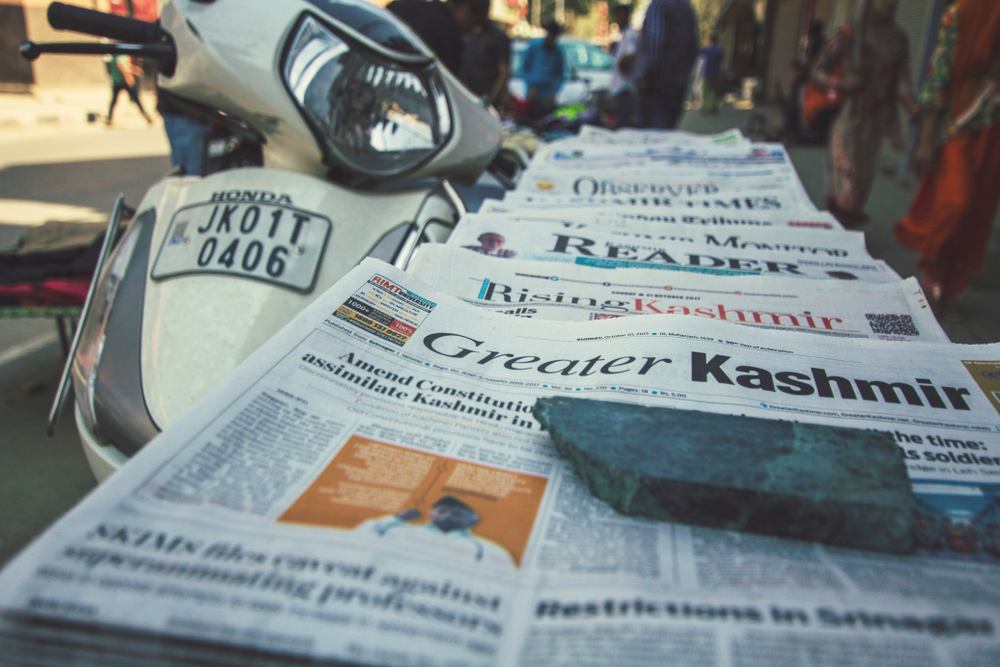 If you flip through the pages of the local dailies in the Kashmir Valley, their pro-government tilt would stare you in the face. Press releases from the state’s information and public relations department are accorded prominent coverage. The rest of the news comprises heavily sanitized, sparse local reportage and agency reports. The impression you get is that Kashmir is a perfectly normal place. That too after four months of an uninterrupted lockdown and uncertainty following the revocation of Article 370. There is no counter-narrative: no statements from the political parties or civil society groups that challenge the government’s position.

The press is hiding the reality it is supposed to reveal. In the process, it is revealing more about the situation than it is able to hide. The one thing that comes across loud and clear is the growing political vacuum in the absence of bona fide representatives from politics and civil society. This has rendered the democratic space between the State and the people eerily vacant.

The government does not appear to be any better off in spite of all the good press. The more positive the coverage of its functionaries, the more removed they appear from the people. People don’t relate to the administration; in turn, the administration appears irresponsive to them.

So far, the government has given no indication that it will free Kashmir’s political leaders anytime soon. The home minister, Amit Shah, has been non-committal on the subject, while the minister of state in the Prime Minister’s Office, Jitendra Singh, has talked of prolonging the leaders’ detention for not more than 18 months. This shows that New Delhi expects an extended incarceration to soften the stance of the local leaders to a point where they are willing to reconcile to the altered political reality.

As things stand, the National Conference and the Peoples Democratic Party are resolutely opposed to the revocation of Jammu and Kashmir’s autonomous status and would like the contentious decision to be reversed. Separatist groups, too, have rallied around the special status clause, apprehending that its withdrawal is geared towards engineering a demographic change in the former state. The detention of leaders cutting across the ideological divide, complemented by a sweeping security lockdown and communication blockade, has temporarily put a lid on the expected political backlash. The organizational structure that could have formulated a public response to the loss of autonomous status lies broken.

Encouraged by the success of its tactics, New Delhi is unlikely to change them in a hurry. Neither is the Centre in a mood to allow anyone to mediate except on its terms. But there is no one in Kashmir who is ready to do its bidding.

This leaves the Union government with two options: co-opt existing political and social agencies willing to toe its line or wait for the situation to normalize before jailed leaders can be let out. Considering the simmering anger in the Valley against the revocation of Article 370, a politics that is conciliatory to the new political reality will have fewer takers in near to medium term.

This has created challenges not only for New Delhi, which is anxious about a belated public upheaval, but also the local leadership caught between the Centre’s stick and the popular sentiment in the Valley. Sooner or later, New Delhi will realize it has no option but to give ground to the anti-Article 370 politics and let it run its course — albeit with the enforcement of strict red lines. Meanwhile, the challenge for the mainstream politicians would be to forge a politics that seeks restoration of Kashmir’s constitutional rights without letting it lapse into separatism.

Thus far, mainstream politics in the Valley has operated in a space located between separatism and an overtly pro-Indian stance. It has galvanized public support by making a case for India in Kashmir within the framework of Article 370, which guaranteed special rights to people and offered protection against demographic change. This space is gone now.

Where do we go from here? There are no easy answers. How will Kashmir’s politicians approach their politics in the transformed political context once they are out of jail? How would the government respond if this politics veers starkly from its expectations? The answers are still months away. Until then, the present situation in Kashmir is likely to prevail, with citizens sullen because of the denial of their rights and the government largely impervious to their grievances.

Death of news in Kashmir