Death of news in Kashmir 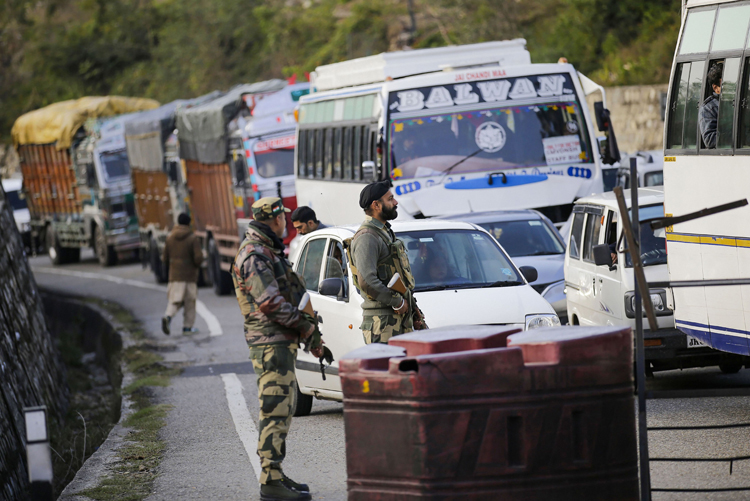 On the evening of August 4 15 ebullient reporters and editors of a web portal in Srinagar were working furiously on keyboards of their computers, writing out stories that would reflect the uncertainty and concerns among local residents that had been witness to a massive month-long build-up of security forces.

Then suddenly, both broadband and mobile internet were shut. Reporters and editors were cut off from each other like the rest of the people. The result was that nothing could be published the next day amid the curfew and communications gag. The publication became another victim of an information black hole created by the state-imposed lock down.

August 5 came as a deathblow for the Free Press Kashmir, a web portal which also came out with a weekly print magazine. It was the same for the handful of other news portals that has shut shop since, and around 300 newspapers and magazines whose functioning has been curbed because of the communications blockade.

That day, the communications shutdown and continued internet blockade thereafter halted Free Press Kashmir’s functioning, both online and offline. The publications’ office in Jehangir Chowk, Srinagar, has remained closed since then.

“After August 5, we couldn’t even contact our staff for a long time due to the communications blockade, leave alone updating the site with the latest news,” said 30-year-old Qazi Zaid, the editor of Free Press Kashmir, who is now in Delhi trying to figure out if the site can be revived after internet services are fully restored in the Valley.

“I still don’t have any idea about many of our reporters and writers with whom we lost touch after August 5. How could we work under such circumstances?” he said.

Another editor associated with the publication said the site was being run by a small team of young professionals and journalists who’d left their jobs and moved back to Kashmir to help start the online venture.

“After August 5, it was impossible to run the site as the internet is critical to run an online venture,” he said. “We also lost touch with our core team due to the communications gag and the site couldn’t be updated from August 5. By the time some phones started working, many reporters and other staff members had either moved out of Kashmir or stopped working.”

In little over three years, Free Press Kashmir’s well-designed website published a variety of textual and multimedia content, attracting readers in and out of Kashmir. It reported and promoted Kashmir’s narrative from the ground up, while also covering society, consistently reporting on gender issues and concerns of minorities.

“While international media looks at Kashmir from a breaking news perspective and the domestic media from a very state-centric position, both are top-down approaches. Free Press Kashmir saw and filled this gap that told human interest stories from the ground,” Zaid explained.

According to Zaid, Free Press Kashmir had adopted a carefully drafted editorial policy that prioritised giving voice to the voiceless. “The idea was to amplify Kashmiri voices talking about Kashmir, voices from within and outside the state – a conversation where Kashmiris and the issues they faced were central,” the young editor said.

The Free Press Kashmir’s young team, including talented women reporters and feature writers, found a respectable space and readers. Among its widely read stories, said Zaid, was a series of reports on the rape of a minor girl in Kathua and a first-person account of a woman who spoke about her struggles in Kashmir as a policeman’s wife.

Free Press Kashmir also got noticed for its multimedia stories and podcasts that were widely shared on social media platforms.

Zaid knows that the road ahead is not going to be easy, given the prevailing uncertainty and difficulties of surviving as an independent publication, especially one that does not want to blindly toe the line of the ruling dispensation.

The site relied on private advertisements for sustenance instead of depending on state funding or advertisements. “The economy has been decimated and all our advertisers have pulled out which is understandable in the situation since August 5,” said Zaid, adding that he doesn’t see any business happening for at least a year before someone decides to advertise with us again.

In this scenario, when independent journalism in Kashmir is made unviable, either through direct censorship or by shutting down the entire communications chain, Zaid believes the only voice that lives is the state-funded or state-supported media.

“Such a state of affairs is scary for sustaining independent journalism in Kashmir,” he said. “Publishing what the state wants everyone to read online and in print can’t be called journalism. That’s propaganda.”

There are more than 300 newspapers and magazines, including dailies, weeklies, and magazines registered with the information department of the government in Kashmir. Among them, 205 publications are eligible for government advertisements.

There are a handful of online portals, including Free Press Kashmir and Kashmirpress.com, which have stopped functioning since August 5 due to the continued internet shutdown. They are not eligible for government advertisements.

The Free Press Kashmir website can still be accessed online by readers from outside the state. It’s last lead story, “Order, order, order: Amid the panic, Kashmiri unionists’ desperate walk to Raj Bhavan”, published on August 3, is about the coming together of the mainstream political leadership amid speculation about New Delhi’s next move.

It is as though Free Press Kashmir is a blip in the World Wide Web, a testimony to time standing still in the idea of Kashmir.