Advertisement
Home / Opinion / The road ahead for Assam

The road ahead for Assam 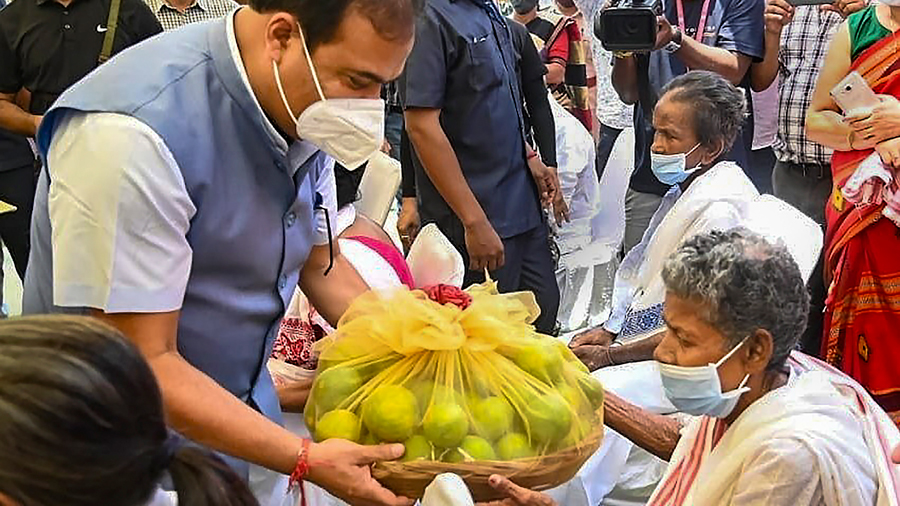 After much speculation over who would be Assam’s new chief minister, Himanta Biswa Sarma finally took charge as the fifteenth chief minister of the state. It is no secret that Sarma has been restive for over a decade to serve the people of Assam as chief minister. Now, he must deliver.

Unlike his predecessor, Sarma is a polarizing figure. Yet he is also known to be efficient, articulate, and influential within the Bharatiya Janata Party in the Northeast. What is the mann ki baat of the ordinary Assamese people that Sarma must listen to? As a fellow Assamese, a native of Majuli river island — the constituency of Sarma’s predecessor, Sarbananda Sonowal — and a researcher on Assam’s socio-environmental issues, I want to draw the new government’s attention to some of the critical issues facing the state.

One of the biggest crises confronting Assam is the twin disaster of flood and riverbank erosion. Assam’s politicians (and some activists) may be obsessed with ‘Bangladeshis’, but the real force that is changing the shape and size of the state is riverbank erosion, turning thousands of families homeless every year. Between 1954 and 2012, the Brahmaputra Valley lost about 7.4 per cent of its total landmass — roughly 3,860 square kilometres — to riverbank erosion. This is around 80 sq km of land lost annually. On top of it, floods wreak havoc every year, sometimes in multiple waves in a year.

It is important to note that flood and erosion are part of the natural landscape in Assam. But they have become disastrous on account of human interventions. It is high time that the government moves beyond technocratic fixes, such as building embankments, spurs, and cognate infrastructures. Numerous studies from around the world have now shown that embankments and other such hydraulic interventions have turned the rivers far more volatile, thereby worsening flood, erosion and other such disasters. Governments must be more imaginative in water governance and river management in particular. There is a lack of adequate understanding of the biophysical and social processes of the Brahmaputra and its tributaries. The Assam government must invite and support research projects on the vast waterscapes of Assam. To explore more lasting solutions to the crises of flood and erosion, the government must engage with scholars, technocrats, and activists and incorporate both science and local traditional knowledge.

Furthermore, the conversation needs to shift from ‘flood control’ to ‘living with flood’, which will necessitate not just a reorientation of policies but also spatial reimaginings. In the run-up to the recent assembly election, the home minister, Amit Shah, said, “We want to make Assam flood free... Modiji wants to make Assam flood free.” Nothing can be more unscientific and unsustainable than any attempt to make Assam flood-free. Floods and the Brahmaputra valley landscape are co-constitutive. We must acknowledge that and find and revive ways of living with flood (and erosion) intelligently.

Second, rural Assam needs urgent attention and thoughtful interventions. The Assamese farmers are one of the most disadvantaged agrarian populations in India. They are crying for government support in the form of capital, innovation, and better access to market. Rural Assam is also haunted by steady outmigration of its youth to big cities in search of employment. ‘Rural development’ needs a new approach, a new direction. It is not simply about building roads and bridges, nor is it about the proper implementation of a few employment-generation schemes. Given the state of the rural economy in Assam, it calls for massive investments in asset creation and a holistic approach to rural livelihoods. Livelihoods are much more than income; they are meaning-making endeavours in people’s lives. They are a cultural enterprise. Again, in this realm, the Assam government would do well to involve scholars and practitioners in the field of rural development and livelihoods and not leave the matter to the bureaucrats alone.

Third, despite representing a party that champions Hindu majoritarianism, the new government must always remember Bhupen Hazarika’s immortal lines: “Mahabahu Brahmaputra mahamilonor tirtha... (O mighty Brahmaputra, the pilgrimage of great confluence...)” As Hazarika reminded us, Assam has been a land of assimilation for centuries. It is the land of Sankardev and Azan Faqir, Bishnu Rabha and Jyoti Prasad Agarwala. In the recent past, the communal rhetoric around the National Register of Citizens seems to have overshadowed, if not threatened, Assam’s glorious past and its cultural heritage. A deeply divisive communal rhetoric was also deployed by the BJP in the run-up to the election. The new government must protect and nurture Assam’s rich and unique social fabric and not tamper with it.

This brings me to the final point. And that is about the space for dissent. During the recent election campaign, Sarma openly said, “We always want good and strong opposition for it is good for democracy...” I hope he meant it sincerely. The BJP, unfortunately, does not have a good track record of allowing dissent, as evidenced by the arrest of numerous activists and student leaders around the country since 2014. In Assam too, the last government was hard on its critics — Akhil Gogoi’s prolonged imprisonment is a case in point. Let us hope that Sarma will live up to his word and create spaces for constructive criticism and dissent. Let there be many more Akhil Gogois and Krishak Mukti Sangram Samitis. That will strengthen, not weaken, the government.