The recent Aadhaar ordinance undermines the democratic nature of our polity 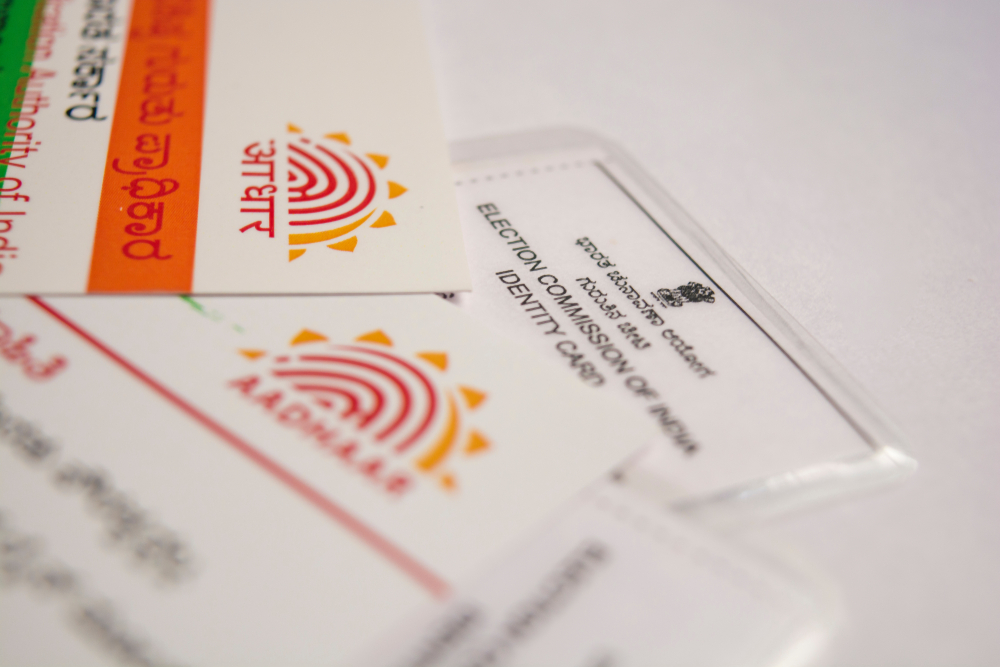 The timing of last week's Aadhaar ordinance is particularly notable, since it comes on the heels of the Aadhaar Bill lapsing in the Rajya Sabha, and just before the elections
Shutterstock
Vrinda Bhandari   |   Published 05.03.19, 07:20 AM

Vrinda Bhandari is a lawyer in Delhi. She appeared for some of the petitioners in the Aadhaar case before the Supreme Court.

Last week, the Union Cabinet `approved` the promulgation of the Aadhaar and Other Laws (Amendment) Ordinance, 2019, which will come into force after it is promulgated by the President.

The Ordinance proposes the same amendments as those contained in the Aadhaar Bill, 2018, which had been passed in the Lok Sabha this January. Most importantly, despite deleting section 57, the Ordinance re-introduces private sector use of the Aadhaar infrastructure through the back door through amendments to the Telegraph Act and the Prevention of Money Laundering Act. This flies in the face of the Supreme Court’s judgment striking down section 57 on the ground that that permitting private entities from availing authentication services on the basis of a purported agreement with individuals would “enable commercial exploitation of an individual biometric and demographic information by the private entities.”

It also undermines the Government’s own argument (and the basis of the majority judgment upholding the Act), that the Aadhaar Act could be passed as a Money Bill since a “part of Section 57 has already been declared unconstitutional whereby even a body corporate in private sector or person may seek authentication from the Authority for establishing the identity of an individual.”

The Ordinance further ignores the Court’s observations that to avoid possible misuse, “a Judicial Officer (preferably a sitting High Court Judge)” should be associated with the power to disclose sensitive biometric information in the interest of national security under section 33(2) of the Act. Instead of adding a requirement of judicial oversight, the Ordinance simply changes the rank of the official authorised to enable such disclosure from that of Joint Secretary to the more senior role of Secretary.

The decision to approve the Ordinance reflects the Cabinet’s satisfaction under Article 123 of the Constitution, which deals with the power of the President to promulgate an Ordinance during Parliamentary recess. Article 123 permits such a promulgation only when the President is satisfied that circumstances exist that render it “necessary” to take “immediate action”. The use of the word “necessary”, as opposed to “desirable” is significant since it conveys a sense of urgency – that it is imperative to take action, even though Parliament is not in session. The timing of the Aadhaar Ordinance thus, is particularly notable, since it comes on the heels of the Aadhaar Bill lapsing in the Rajya Sabha, and just before the elections.

A seven-judge bench of the Supreme Court of India in a landmark judgment in 2017 in Krishna Kumar Singh v State of Bihar ruled that the rationale for the conferment of a power to promulgate Ordinances on the President was to prevent a state of constitutional vacuum, when “unforeseen events may arise which need legislative redressal.” Constitution debates around Articles 123 and 213 reveal that they were meant to be used as exceptional powers to serve a constitutional necessity.

What then were these circumstances that brooked no delay and required an urgent promulgation of the Ordinance? The Press Information Bureau notes that the Ordinance proposed amendments to the Aadhaar Act and other laws “in line with the Supreme Court directives and the report of Justice B.N. Srikrishna (Retd.) committee on data protection… to ensure that personal data of Aadhaar holder remains protected against any misuse.” Apart from this, however, we have no information.

Interestingly, the five judge bench of the Supreme Court delivered the Aadhaar judgment on 26th September 2018, but no steps were taken by the Government in compliance with the decision till 4th January 2019, when the Aadhaar (Amendment) Bill was introduced and passed in the Lok Sabha. Despite the Parliamentary session continuing till mid-February, no effort was made to debate or pass the Aadhaar Amendments in the Rajya Sabha, which then lapsed.

Even the justification of bringing the Act in line with the Justice Srikrishna Committee Report rings hollow since the Committee’s main recommendations on the passage of a data protection law have been ignored. Till date, the government has not heeded the Supreme Court’s exhortation to bring out a robust data protection regime, nor has it introduced a draft data protection/privacy Bill in Parliament.

Meanwhile, reports of Aadhaar leaks and weaknesses in the Aadhaar security infrastructure abound, with the State Bank of India recently alleging that a loophole in Aadhaar’s security system had enabled unauthorized Aadhaar cards to be generated.

The government’s hurry to push Aadhaar through, without any parliamentary debate or public consultation, is reminiscent of the past, when it established the UIDAI through an executive notification and carried on Aadhaar enrolments from 2010 to 2016 without any statutory backing. Even when the law was finally enacted, it was pushed through as a Money Bill to avoid parliamentary debate. The Supreme Court upheld the constitutionality of both these actions. The worry is, that even though the power to promulgate an ordinance is judicially reviewable, any challenge to the Ordinance will face a similar fate, or worse – of (in)decision through delay, rendering any challenge infructuous.

The power of promulgating Ordinance is not an absolute entrustment to the President, but is “conditional upon a satisfaction that circumstances exist rendering it necessary to take immediate action”. Indeed, in overlooking this, the Ordinance undermines the democratic nature of our polity, which subjects Bills to legislative scrutiny and debate before they become law. Ordinances are not meant to transform the office of the President into a parallel law making authority, but the promulgation of the Aadhaar Ordinance, right after it lapsed in the Rajya Sabha, has done just that. We can only hope that better sense will prevail when Parliament is in session after the elections.