Notification suggests that if the government perceives a threat to security or public order, it can monitor any citizen’s online activities, search and seize information 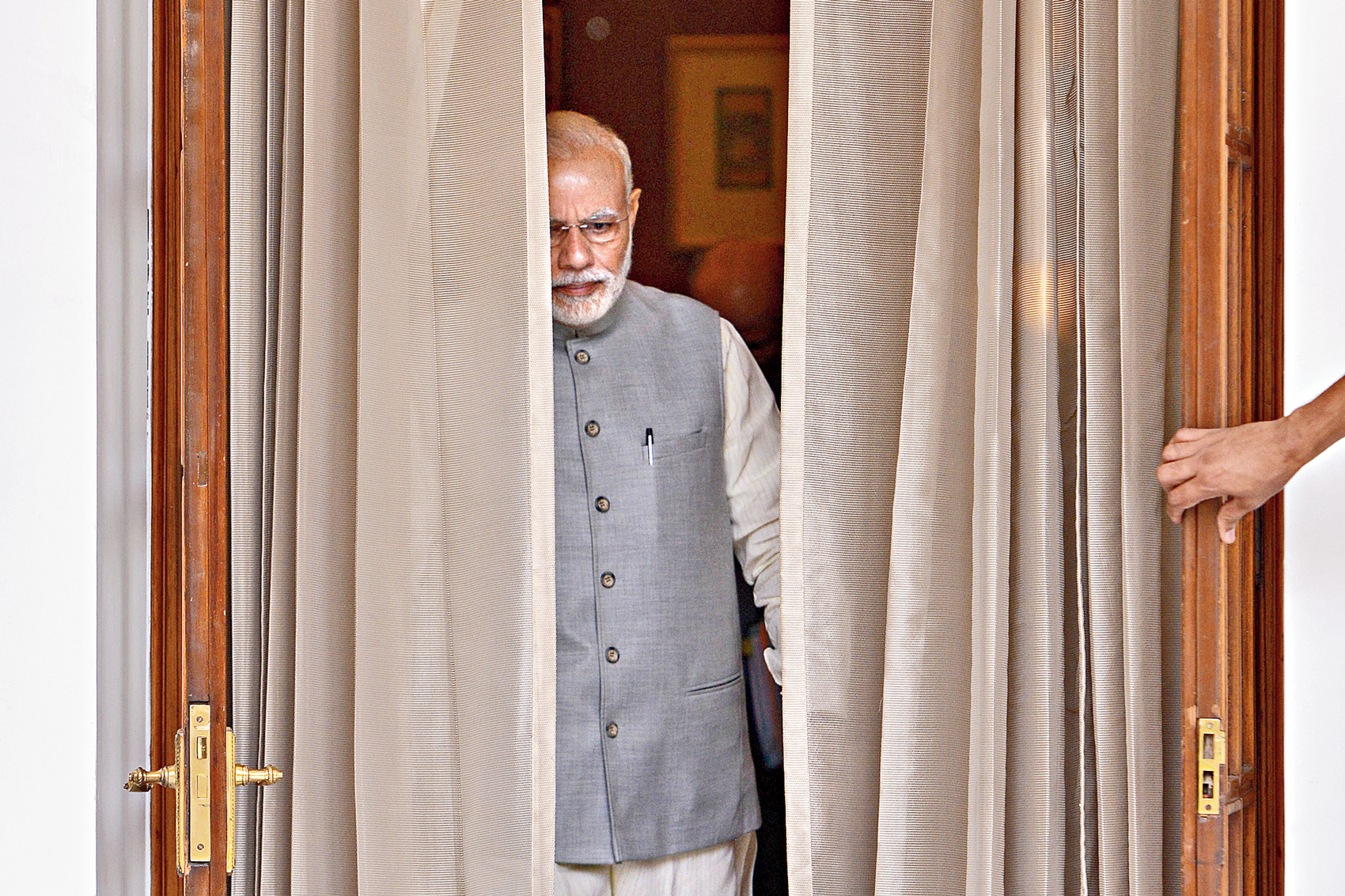 The Centre has named nine central agencies and Delhi police as those authorised to intercept, monitor and decrypt information transmitted by or stored in any computer, raising the spectre of an Orwellian state and triggering a political storm.

The government and the BJP claim this is only a routine gazette notification of a legal provision in force since 2009, highlighting that the clause was brought in by the UPA.

But the Opposition and privacy advocates say the ground has shifted following last year’s Supreme Court judgment declaring privacy a fundamental right and this year’s verdict restricting the use of Aadhaar.

The furore has brought to light the following suspicions and information.

Even after a right to privacy judgment in 2017 and a reaffirmation in the Aadhaar verdict this year, the government continues to show scant respect for the privacy of its citizens.

The notification suggests that if the government perceives a threat to national security or public order, it can not only monitor any citizen’s online activities but also carry out searches and seize any information stored in any computer resource, including mobile phones and tabs. This would mean the government can access any information stored on the computer device, including passwords and photographs — even those not shared online.

Pavan Duggal, a lawyer who specialises in IT, contended that after the privacy judgment, it had become necessary “to revisit the constitutional validity” of the section in the Information Technology Act that the government has cited to defend the notification.

Notifications continue to be drafted in such a manner that loopholes are built in. The current notification says the competent authority “authorises” the 10 agencies to carry out the surveillance.

After the uproar, the home ministry issued a statement saying each case of interception, monitoring or decryption needs to be approved by the Union home secretary. It added that all instances of interception, monitoring or decryption are to be placed before a review committee headed by the cabinet secretary or by a committee headed by state chief secretary.

Arun Jaitley blogged that “an interception is only authorised under an (sic) specific approval of the Home Secretary”. In the light of the Rafale clarification by the government last week, the question arises whether Jaitley is referring to a “description of the procedure which is followed in the normal course” or specifically to cases that will come up after Thursday’s notification.

No room for speculation or doubt would have been created had the notification clearly spelt out the safeguards.

The agencies have been authorised to snoop in the interest of national security and public order, in accordance with Section 69(1) of the Information Technology Act 2000.

Section 69(1) was amended by the UPA government in December 2008 and passed by both Houses of Parliament. Through this, the Centre assumed the power to authorise such surveillance and allowed the state governments to sanction it too. The original law, enacted in 2000, had assigned this authority only to the controller of certifying authorities in the electronics and IT ministry.

Under attack in the Rajya Sabha for the notification, leader of the House and finance minister Arun Jaitley told the Congress: “What you are doing is making a mountain where even a molehill does not exist. You are crying foul over something you created.”

This was an instance of the Modi government acknowledging it had discovered something in the UPA that was worthy of emulation.

The UPA cannot escape blame. Neither can the lawmakers. The amendment was passed in Parliament without discussion.

The Congress claims Thursday’s notification goes far beyond Section 69(1), which it said allowed only case-by-case interception.

Jaitley said there was “nothing new” in the notification.

Asked why the notification was issued then, an official said the objective was to make the process more transparent. “Since 2009, this was being done through SOPs (standard operating practices). A gazette notification makes it clearer and reduces the possibility of misuse,” he said.

The Opposition reacted with fury.

Rahul Gandhi accused Prime Minister Modi of being an “insecure dictator” trying to turn India into “a police state”.

Restive BJP ally Shiv Sena, which has a central minister, too questioned the move.

“Isn’t this dangerous?’’ asked Bengal chief minister Mamata Banerjee on Twitter. “If it is for national security, then only for that purpose central government already has the machinery. But, why all commoners will be affected?”

Her Andhra Pradesh counterpart, N. Chandrababu Naidu, said: “The sweeping powers given to central agencies to snoop on phone calls and computers without any checks is extremely dangerous. This step is a direct assault on civil liberties in general and the fundamental right to privacy of citizens in particular.”

Delhi chief minister Arvind Kejriwal tweeted that India had been “under undeclared emergency since May 2014’’.

“Now in its last couple of months Modi govt is crossing all limits by seeking control of even the citizens’ computers.”

CPM general secretary Sitaram Yechury wondered: “Why is every Indian being treated like a criminal? This order by a government wanting to snoop on every citizen is unconstitutional and in breach of the telephone tapping guidelines, the privacy judgment and the Aadhaar judgment.’’

The CPM politburo issued a statement calling for the withdrawal of the notification.

Biju Janata Dal MP Tathagata Satpathy, a vocal privacy advocate in Parliament who has even said the government should compensate citizens for their personal data gathered through Aadhaar, tweeted: “Even in the twilight period of this 16th Lok Sabha, this govt’s love for spy games (without Parliament’s or judicial control/ oversight) is amazing. Taxpayers’ money spent for snooping on taxpayers’ privacy. None bothered that external intel is failing.’’

Supriya Sule of the Nationalist Congress Party tweeted: “This is Draconian! The government can now pry on each citizen…. This is outrageous and violates privacy of the citizens.’’

Lawyers and privacy advocates demanded that parties opposed to the BJP commit themselves to privacy protection in their election manifestos.

“Would be excellent if @INCIndia can undertake free speech reforms and privacy protection as one of the objectives of its forthcoming campaign manifesto for the 2019 elections,’’ tweeted lawyer Apar Gupta.