The problem with the proposed redevelopment of Delhi's central vista 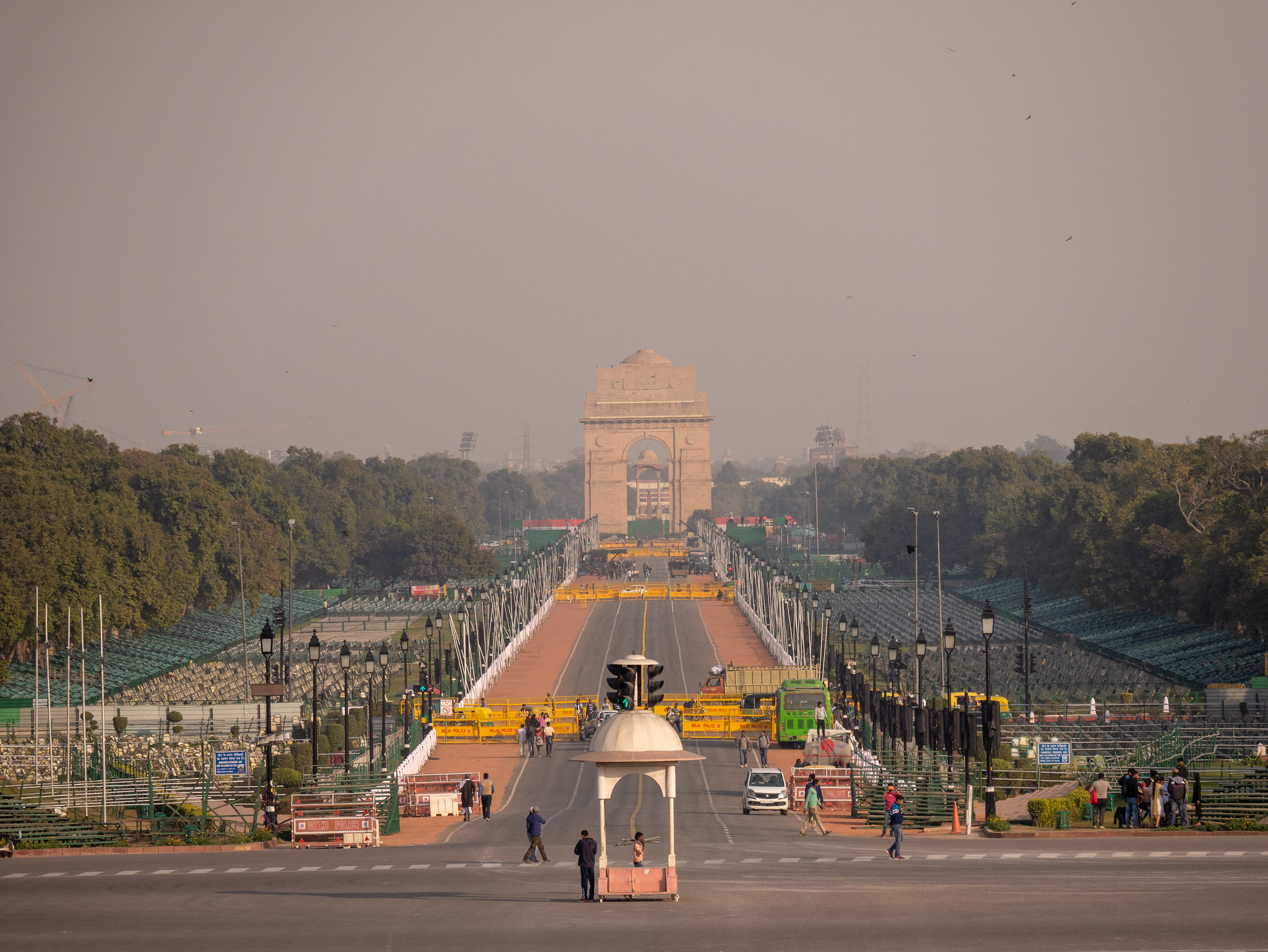 A view of the Central Vista, with India Gate in the distance. The massive scale and complexity of the projects envisaged for this area, which are proposed to be completed before the next general elections, challenges the imagination.
Photo: Flashpacker Travelguide / Flickr
A.G.K. Menon   |   Published 20.09.19, 08:02 PM

The Central Public Works Department of the Government of India has recently issued a Notice Inviting Bids from National/International Design and Planning Firms for Appointment of a Consultant for comprehensive Architectural and Engineering planning for the “Development/Redevelopment of Parliament Building, Common Central Secretariat and Central Vista at New Delhi”.

The site proposed for redevelopment constitutes the most iconic part of India’s capital city; it is valued worldwide as an exceptional urban ensemble. It was designed by Edwin Lutyens and built between 1911 and 1931, and is designated as Grade 1 Heritage. Such a major redevelopment proposal for this area has not surprisingly attracted considerable alarm among those who value its heritage character and would like to retain it as a badge of the city’s identity. This short note seeks to throw light on some significant aspects of the government’s initiative.

The need for redevelopment

There is no doubt that spatial needs of government offices have increased and the use of government buildings need to be rationalised both to conform to contemporary statutory performance standards and efficient functional benchmarks for governance. The Bid document, for example, points out that the Parliament Building needs to be considerably expanded to accommodate the present day requirements of increased numbers of Parliamentarians that was not envisaged when the building was originally designed by Herbert Baker to cater to the limited demands of colonial governance. The landscape elements of the Central Vista are also in urgent need of refurbishment, particularly if one takes into account the fact that the trees have completed their expected lifespan and the area is now under tremendous stress due increased public use. Thus, on many counts some development/redevelopment had become necessary and could not be deferred. Further, to undertake such a mammoth task in one fell swoop is also a bold decision taken by a decisive government.

So, what is the cause for alarm at this decision?

The concerns arise for three reasons. First, it violates the protocols of best practices for any interventions in heritage areas. The Lutyens Bungalow Zone (LBZ) and the Central Vista are widely admired worldwide and more specifically the Master Plan of Delhi has designated them as Heritage Zones to be protected. The bid document states that the bidder shall adhere to the “guidelines” of the LBZ and the Central Vista Committee (CVC), but what are these “guidelines”? In the past, developments have taken place in the LBZ area - but less in the CVC area - based on the discretionary powers of the government. This reveals that there are no objectively defined parameters in place to guide future development. Under the circumstances how can the concerns triggered by the bid document be allayed? International protocols dictate that all interventions in a heritage area must be preceded by a State of Conservation or a Heritage Impact Assessment Report (HIA). Such Reports define the parameters within which development should take place. In the absence of a HIA, the bid condition that the consultant will follow the “guidelines” of LBZ or CVC rings hollow.

It should be noted that the government of India had submitted a dossier to Unesco in 2013 to nominate the LBZ area to the list of World Heritage Cities. This dossier identifies the Outstanding Universal Value of the heritage of this area. In the absence of a specific study in this instance, perhaps on account of the need for quick action, this dossier contained the broad guidelines that could be followed to guide the bidders, particularly since the nomination to the Unesco World Heritage City list is still on the Tentative list, and it could still be effectively pursued by the government. This would give credibility to the intent to follow the conservation guidelines.

The second concern arises from the unprecedented haste in implementing the project. The old saying, ‘make in haste and repent at leisure’ comes to mind. The massive scale and complexity of the projects envisaged, which are proposed to be completed before the next general elections, challenges the imagination. Further, to leave its planning, design and implementation to the advice of the successful bidder is certainly compounding the cause for concern. The bid document states that the government wants to build a legacy for the next 150 years, but the timeline proposed to complete the project does not support this objective.

The third concern relates to the financial terms set to identify potential bidders. It rules out the best architects and planners in India on two counts; first, it invites ‘bids’ to participate in the selection of the consultant, a procedure that the Council of Architecture, the statutory body legislated to manage the profession of architecture expressly prohibits, and second, the amount of the earnest money deposit demanded, from applicants, Rs.50 lakh, is far in excess of the financial capacity of even the most of the successful Indian professional practices. It appears to be an open call to foreign players or large multifunctional Indian entities like NBCC, which now dominate the urban development scene in India, to bid for the project and not the best talent available in India. For example, there is nothing to commend the large Indian entities except their large financial resources and their ability to employ professional talent at the lowest rate. This is not the recipe for creating a legacy project. The fate of India’s iconic urban heritage cannot be reduced to such short-sighted and expedient professional conditions.

A democratic government conceiving a project of this scope and vision demands wider public and professional consultation. Such consultations would have yielded more satisfactory results and avoided the predictable pitfalls built into the present bid document.

The author is an architect, urban planner, and conservation consultant. A version of this article was `originally published` by the Delhi chapter of the Indian National Trust for Art and Cultural Heritage (INTACH).