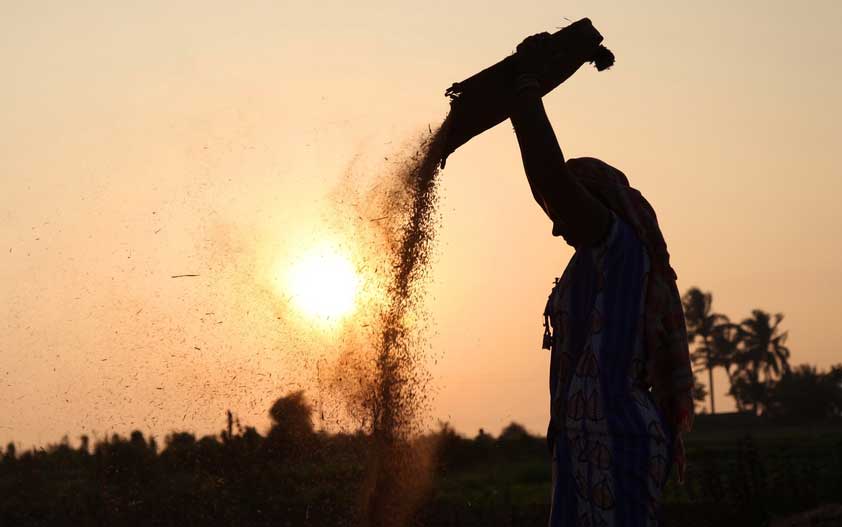 Vidarbha was decked in an exquisite white cotton harvest this winter when I visited. I was there to learn about the rural credit situation. Countering agrarian distress requires more than just providing credit.

The Pradhan Mantri Kisan Samman Nidhi scheme, launched in February, trivializes rural indebtedness by promising 120 million small and marginal farmers a cash transfer of Rs 6,000 per annum. Preceding the general elections, this scheme is seen as a populist move to sway rural voters. But PM Kisan is insufficient and delayed. The electoral outcome might not yield more than a marginal benefit on the voting machine.

Only three months ago, more than one lakh farmers had marched to the capital, demonstrating their discontentment with the government. It was the fourth mass farmer protest in 2018. Delhi may have forgotten the brief disruptions in traffic, but in the rural hinterlands echoes of agrarian distress remain. Their pamphlets had demands to increase crop prices, provide drought relief and waive bad loans. None of these was satisfactorily fulfilled. The Narendra Modi government has failed to meet its promise of doubling farm income.

As the name suggests, PM Kisan is an honorarium to landholding farmers. It has undermined the presence of over half of 263 million agricultural labourers engaged in the sector who don’t own land. These rural labourers are heavily dependent on non-farming and construction work when it is not the season for cultivation. The Mahatma Gandhi National Rural Employment Guarantee Act, the biggest source of rural jobs, has seen the worst yearly wage rate revision since its inception in 2006. Labourers in 10 states will suffer considerably because of the absence of raises in rural incomes. The historical rift within rural India might widen with PM Kisan treating farmers and farm labourers differentially.

The rationale for giving Rs 500 per month under PM Kisan remains an enigma. According to the Rangarajan Committee report of 2014, the monthly consumption expenditure for an average rural household is Rs 4,860. The scheme doesn’t qualify as a basic income, which is meant to cover elementary living requirements. Nabard’s financial inclusion survey of 2016-17 reported an annual average of Rs 91,407 as outstanding loan for an indebted household. Covering only a tenth of the average debt for a family, PM Kisan shouldn’t claim to relieve distress caused by farm loans either. Budgeted at Rs 75,000 crore for this financial year, it is funded largely through interim dividends transferred by the Reserve Bank of India. The recurring expenses will trip the fiscal balance for the incoming government for successive years.

The brutality of the budgeting lies also in the allocative insufficiency for rural pockets. A programmatic approach to development has been replaced by end-of-term sops in the rural manifesto. But does it always work? Political parties assume freebies work in the absence of political consciousness. But this may be a costly assumption. In the last round of assembly polls in five states, the BJP’s rural vote share dipped by 4 percentage points owing to agrarian discontent. The BJP-led government in Chhattisgarh had promised to distribute 50 lakh free smartphones. Yet, it lost 8 percentage points of rural vote share, ending its long rule.

PM Kisan will certainly pump liquidity into the rural credit market and is a decent complementary income. In fact, any amount is a bonus in a credit-constrained environment. However, rising input costs, insufficient irrigation facilities and non-enforcement of minimum support price must be addressed to make credit injection initiatives productive.

As we speculate, somewhere in drought-stricken Vidarbha, indebted households are receiving the first instalment of Rs 2,000 in their Jan Dhan accounts. Modi had tweeted that PM Kisan “enhances the dignity of farmers, brings prosperity in their lives and contributes to India’s agricultural transformation”. We’ll know soon if rural India concurs.