The ‘ordinariness’ of upper-caste cruelty 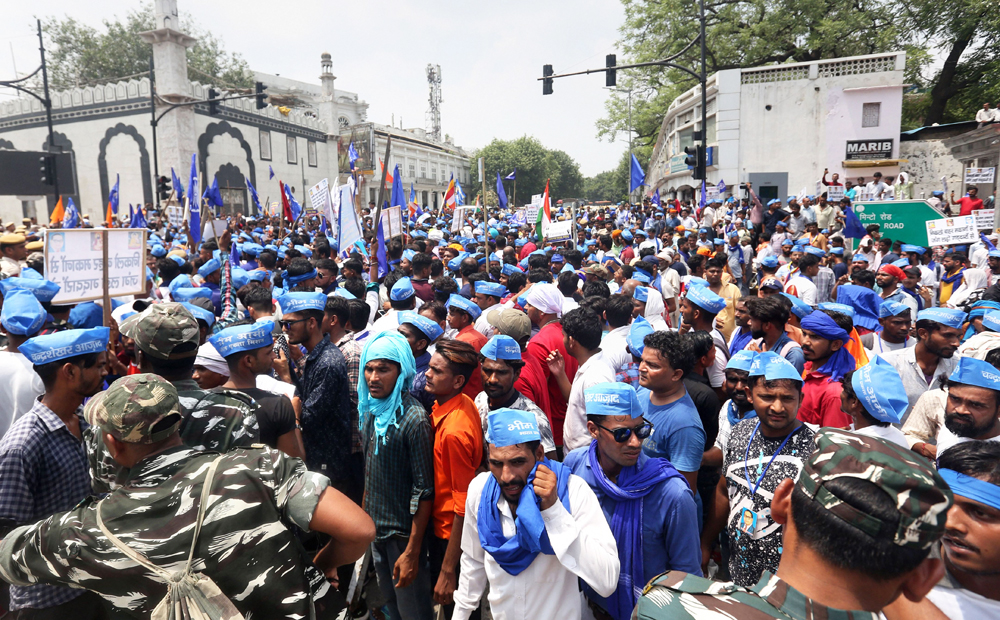 Lowering the dead from a bridge to a cremation ground marks a helpless submission to indignity. For the Dalits of Narayanapuram Adi Dravidar Colony in Tamil Nadu, this has been the only way they can conduct their cremations reportedly for the last four years, ever since upper-caste landowners blocked their way to their cremation ground. Only this time, the lowering of a dead body was captured on video. Sudden exposures of this kind lay bare the ‘ordinariness’ of the humiliation Dalits are subjected to — against law, political rhetoric and every shred of humanity. It is hardly surprising that the war against caste-based manual scavenging is still being waged so many years after Independence. The Vellore collector, apparently in response to the video, has ordered that a portion of government land be allotted to the Dalit group for a crematorium of their own. As an immediate solution, nothing could be better. But it stifles the issues of caste hatred and habitual upper-caste cruelty. Would the collector find out why no one ever told him what was happening before he saw the clip? And, most important, why a separate crematorium — why not the same burning space for all?

The politics of space is particularly searing in a caste-ridden society. That may be why huge numbers of Dalits from over five northern states exploded in protest in Punjab and Delhi — where the police used “mild” force against them — when the temple to Ravidass, the Dalits’ patron saint, in Tughlaqabad was demolished by the Delhi Development Authority on the order of the Supreme Court. The DDA had complained of encroachment on government land by the Dalit organization that built the temple. The counter-claim is that this land given by the emperor, Sikandar Lodi, as a tribute to Ravidass who had visited him in 1509, and Jagjivan Ram had inaugurated the temple in 1959. Tradition may not be possession, but the Dalits wish to know why the DDA is so keen for that bit of land for development when, apparently, temples to other deities stand undisturbed on DDA grounds. Since 2014, the Dalits have been claiming they are being discriminated against even on the political level. Both traditional humiliations and present insecurity are giving the temple issue more than a legal dimension in their eyes.