The legacy of neoliberalism 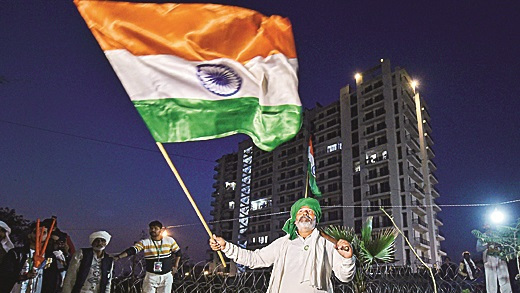 When the National Democratic Alliance government under Narendra Modi came to power in 2014, several liberal intellectuals simply pooh-poohed the fears of many that we would face an assault on democracy in the country. Our democratic institutions, they argued, were strong enough to tame an RSS-dominated administration if it ever tried to violate them.

This argument did appear to have some plausibility. After all, the earlier NDA government of Atal Bihari Vajpayee had not resorted to any drastic measure to curb the civil liberties and the democratic rights of the people. It was no doubt a government in which the Hindutva elements lacked the numerical strength to take any such measure even if they wanted to; but the long, post-Independence years of democratic functioning, other than the brief Emergency period, lent credence to the idea of the durability of democracy in the country.

Today, when the government tramples on civil liberties and democratic rights of the people with complete impunity; when draconian anti-terrorist and anti-sedition laws are systematically used against social activists and critics of the government; when an atmosphere of fear pervades the entire country; when educational institutions are overrun by hoodlums; when the media and, allegedly, even the judiciary bow to the dictates of the executive; when well-known public figures like Mrinal Pande, Rajdeep Sardesai and Shashi Tharoor face legal harassment if not worse; when the Bhima-Koregaon accused are left to rot in jail for years without trial on trumped-up charges — the earlier faith in the strength of India’s democratic institutions appears, in retrospect, to have been touchingly naïve.

Why, one may legitimately wonder, did the institutions of democracy prove to be so weak? Why have the media that played such a stellar role in fighting Indira Gandhi’s Emergency become so supine today? Why have some judicial judgments — the judiciary had generally been independent of the executive during much of the post-Independence period and boasted of luminaries like Justice H.R. Khanna during the Emergency — been so controversial today? Of course, the judiciary cannot single-handedly prevent the rise of fascism, but the fact remains that the judiciary in the United States of America played an important role in preventing Donald Trump’s usurpation of power.

In Germany, the time span between the introduction of democracy (whatever one may think of Weimar democracy) and its subversion by the fascists was a bare decade and a half, between 1918 and 1933; in India, however, we are talking about a democracy that has lived for seven decades, excluding the Emergency period. Why did such a long period of democracy not create institutions more resilient and durable than we have seen in India?

The reason, I believe, lies in the fracturing of social unity that has occurred of late in the country that provides not only transient support for fascist politics but also a more durable and substantial support. This fracturing is due to the pursuit of neoliberal economic policies that have dramatically widened wealth and income inequalities in the country. The beneficiaries of this widening have been not just the top 1 per cent of the population, which got the lion’s share of the gains, but also a substantial segment of the middle class that has gained from the pursuit of neoliberalism.

The extent of increase in inequality has been truly dramatic during the neoliberal period: according to Thomas Piketty and Lucas  Chancel, the share of the top 1 per cent of the population that was 13 per cent of the national income in 1922-23 and 20.7 per cent in 1939-40 dropped, thereafter, to reach a low of 6.2 per cent in 1982-83, and then climbed to 21.3 per cent by 2014-15. Further, it was not just the top 1 per cent; a much larger proportion benefited from neoliberalism. The top 10 per cent, which obtained 40 per cent of the national income at the beginning of the millennium, increased its share to 55.9 per cent by 2014-15. Considering the fact that national income rose much faster in the neoliberal era than earlier, a major increase in the incomes of the upper 10 percent of the population must have occurred under neoliberalism compared to earlier.

The beneficiaries of neoliberalism belong not only to the higher income group; they also belong in social terms to the group of Hindu upper caste males. They are strongly opposed to any egalitarian economic measures, and feel drawn towards a political party that, while garnering votes through communal polarization along religious lines, eschews any egalitarian measures.

The argument that they advance, whether implicitly or explicitly, is that their improved economic status is because of their abilities and talent rather than them being already well-positioned in society to take advantage of the opportunities that open up through neoliberalism; if the lower castes, the minorities and other disadvantaged segments of the population are excluded from the benefits of economic growth, then the reason for it lies in their lack of ability and talent rather than in their disadvantaged social status. They see egalitarian measures as pandering to ‘populism’, to demands from people of little worth; such pandering, they believe, comes in the way of economic growth.

Big business, especially the nouveau element in it, naturally feels drawn towards a political party that ruthlessly protects and promotes its interest, that doles out concessions to it on the grounds that it consists of ‘wealth creators’, that abridges workers’ rights to struggle for better living conditions, and that expands the scope for its encroachment into the agricultural sector to ensure that the composition of its output conforms to the demands of the advanced countries. In a period of crisis of neoliberal capitalism, a government formed by such a party protects and increases the profits of big business at the expense of petty production and opens up for it new avenues of accumulation.

A formidable alliance thus comes up that includes big business, especially its nouveau element, the feudal landed interests, the newly affluent segment of the middle class, and the lumpenproletariat. This alliance appeals even to the classes it suppresses — the workers, peasants and petty producers — by invoking communal passions. And it gets generously funded by big business to capture and hold on to power.

This alliance, although it invokes an ultra-nationalism, is the ultimate negation of the nationalism advanced by the anti-colonial struggle. Anti-colonial nationalism had visualized a nation where there was a degree of social, economic and political equality among all segments of the population. In a society characterized by millennia of institutionalized inequality in the form of the caste-system, this conception was truly revolutionary. And notwithstanding its incomplete realization, it continued to guide the nation in the period before neoliberalism. Indeed, anti-colonial nationalism can be legitimately said to have ushered in a veritable social revolution.

What is happening now is a counter-revolution against that social revolution, with a social base that includes big business and a middle class whose motivations are economic as well as social. The fragility of our democratic institutions arises from the fact that those manning these institutions are recruited from this social base.

However, this counter-revolution is bound to fail. It has no economic agenda for bringing succour to the people against the economic crisis, not even to the till-now affluent middle class. The farmers’ challenge to this regime constitutes the first step towards its unravelling.