For a free press

POLITICS AND PLAY | The legacy of B.G. Horniman 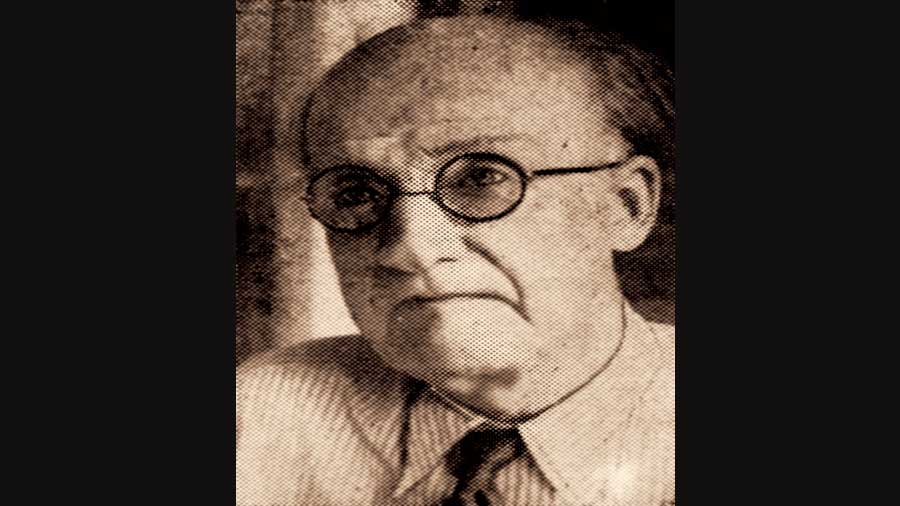 When, in 1995, Bombay was renamed Mumbai, it led to a spurt of such renamings of buildings, streets, parks, and railway stations in the city. However, a few dead foreigners were spared the fate of being consigned to the dustbin of history. Among them were Annie Besant, after whom a major thoroughfare in central Mumbai is still named; and B.G. Horniman, whose name yet adorns a charming tree-laden park surrounded by grand old buildings in the south of the city.

I suspect that, in Mumbai as well as in India today, Besant commands far more name recognition than Horniman. As the founder with Madan Mohan Malviya of the Banaras Hindu University, as the founder with Bal Gangadhar Tilak of the Indian Home Rule movement, and as the first female president of the Indian National Congress, she still figures in school textbooks and general knowledge quizzes. The Horniman of Mumbai’s Horniman Circle remains much less known, although his legacy is probably more relevant to our times.

In 1913, a group of Indian liberals founded a newspaper called The Bombay Chronicle, which they pitched as a nationalist alternative to the pro-establishment Times of India. B.G. Horniman, then an assistant editor with The Statesman in Calcutta, moved to Bombay to become the Chronicle’s first editor. He came with a reputation for effortlessly transgressing racial boundaries. When a popular movement was launched to undo the Partition of Bengal, “Horniman identified himself with the agitation. In sympathy with the mourning Bengalis, he too walked on the streets of Calcutta barefoot, dressed in a white dhoti and kurta and chadder like an Indian patriot.”

Two years after taking charge of The Bombay Chronicle, Horniman founded the Press Association of India, a union of working journalists that aimed at “protecting the press of the country by all lawful means from arbitrary laws and their administration, as well as from all attempts of the legislature to encroach on its liberty or of the executive authorities to interfere with the free exercise of their calling as journalists”. As president of the first trade union of working journalists in India, Horniman fought fiercely for the freedom of the press, sending petitions to the viceroy and the governor “protesting against the misuse of the Press Act by Government and against the constant abuse to which the Defence of India Act was put”. The British raj was using the cover of the First World War to lock up political opponents, prompting Horniman to write that “a system of Government which has reached a stage, where it must rely for its safety on internments without trial and the suppression of speech and writing, is bankrupt, and stands in need of radical reform.”

While published in English, the Chronicle sided with the subaltern classes of the city who did not read or speak that language. As the historian, Sandip Hazareesingh, writes, Horniman’s paper “amended the official sociology of the city to include workers and the urban poor. It repeatedly emphasized the plight of various groups of workers — millhands, labourers, railway workers, as also the vast numbers of low-paid clerks employed in government, municipal and private offices — reeling from price rises and commodity shortages during the war”.

In his editorials, Horniman launched withering attacks on British shopkeepers and traders, who had no interest in the welfare of Indians but came to this country only to make a profit, going back as soon as they had “accumulated enough money to live in Clapham or Dundee”. He strongly supported the peasant struggle in Kheda in 1918, and also spoke out against the “abominable system of indentured labour” through which Indians were shipped to work in plantations in Fiji and the Caribbean.

In the first week of April 1919, Horniman joined a protest in Bombay led by Mahatma Gandhi against the Rowlatt Act. Later that month, his paper published a searing account of the Jallianwala Bagh massacre and the repression in the Punjab. This angered the Bombay Government, which put Horniman on a ship and deported him to England. A Gujarati newspaper commented that behind the deportation were interests of class as well as of race. For, as it pointed out, “Mr. Horniman’s name was a terror to the bureaucracy and the selfish Anglo-Indian merchants.”

Gandhi also issued a statement on the raj’s savage treatment of the editor. “Mr. Horniman is a very brave and generous Englishman”, said Gandhi: “He has given us the mantra of liberty, he has fearlessly exposed wrong wherever he has seen it and has thus been an ornament to the race to which he belongs, and rendered it a great service. Every Indian knows his services to India.”

Horniman spent several years seeking unsuccessfully to get a passport to allow him to return to Bombay. When all attempts failed, he simply got on a ship and landed on the southern coast of India in January 1926. Now that he was back, he was permitted to stay on, and spent the remaining years of his life editing a series of Indian-owned newspapers — The Bombay Chronicle again, then a short-lived paper called the Indian National Herald and, finally, The Bombay Sentinel, an evening tabloid launched by the Chronicle.

For B.G. Horniman, journalism was a calling, not a business. Addressing an audience of students in Bombay in September 1932, Horniman proclaimed that “an ideal newspaper” would be one “that is absolutely independent of all business considerations in the way of advertisements or anything of that kind”. In the Western media, commercial inserts had become increasingly important, resulting “in daily newspapers being practically at the mercy of advertisers”. He hoped things would never come to such a pass in India.

Horniman told the students that he would “not recommend journalism as a career to anybody who was anxious to advance himself materially in life”. On the other hand, “for a man who had ideals in life, especially for any young man in India who wanted to serve national interests”, he would strongly recommend journalism, “because it was through the public press more than anything else that the interests of the country were protected and the national cause was ably advanced towards the goal which India desired”.

Because he took on the wealthy and well-connected, Horniman often found himself in court. In his many years of editing a newspaper in Bombay, he had to face an array of civil and criminal suits filed by those offended by what he or his paper had written. A lawyer who had occasion to defend the editor in court wrote that “Horniman is the last man to run away from a bad case by just resorting to a small technical trick. He would stand four-square and go the whole hog in his defence and fight every inch of the ground. His guts to face the worst criminal trials arising out of his editorial duties are something not found anywhere. He can boldly face the worst situations even when counsel lose their nerve.”

Horniman lived long to see the country he had made his own become free of British rule. When he died in Bombay in October 1948, there were warm tributes to him published in newspapers in Calcutta, Madras, New Delhi, and Lucknow. There were also some fine notices in newspapers in his adopted city, with an unsigned obituary in The Bombay Sentinel writing of Horniman that “it is difficult to come across a greater champion of the under-dog. Anybody, with any legitimate grievance, however insignificant he may be, was sure of a patient hearing from him. Not only that, if he was convinced of the genuineness of the grievance, he would go to any length in championing the cause, even though he knew it may land him in libel suits and other prosecutions. Herein lies the unique greatness of Mr. Horniman as an editor. The consequences did not matter to him for he was prepared to take risks in the espousal of a just cause in public interest.”

These words make for moving as well as salutary reading today. When newspapers and television channels so routinely take the side of the State, when the government of the day resorts to internments without trial, the spreading of lies, and the promotion of sectarian bigotry, Indian journalists with a spine and a conscience can take inspiration from an editor who, as Gandhi himself put it, so “fearlessly exposed wrong wherever he has seen it”.