Fragmentation of Afghanistan has been accompanied by a corresponding process in Pakistan, in quality if not magnitude 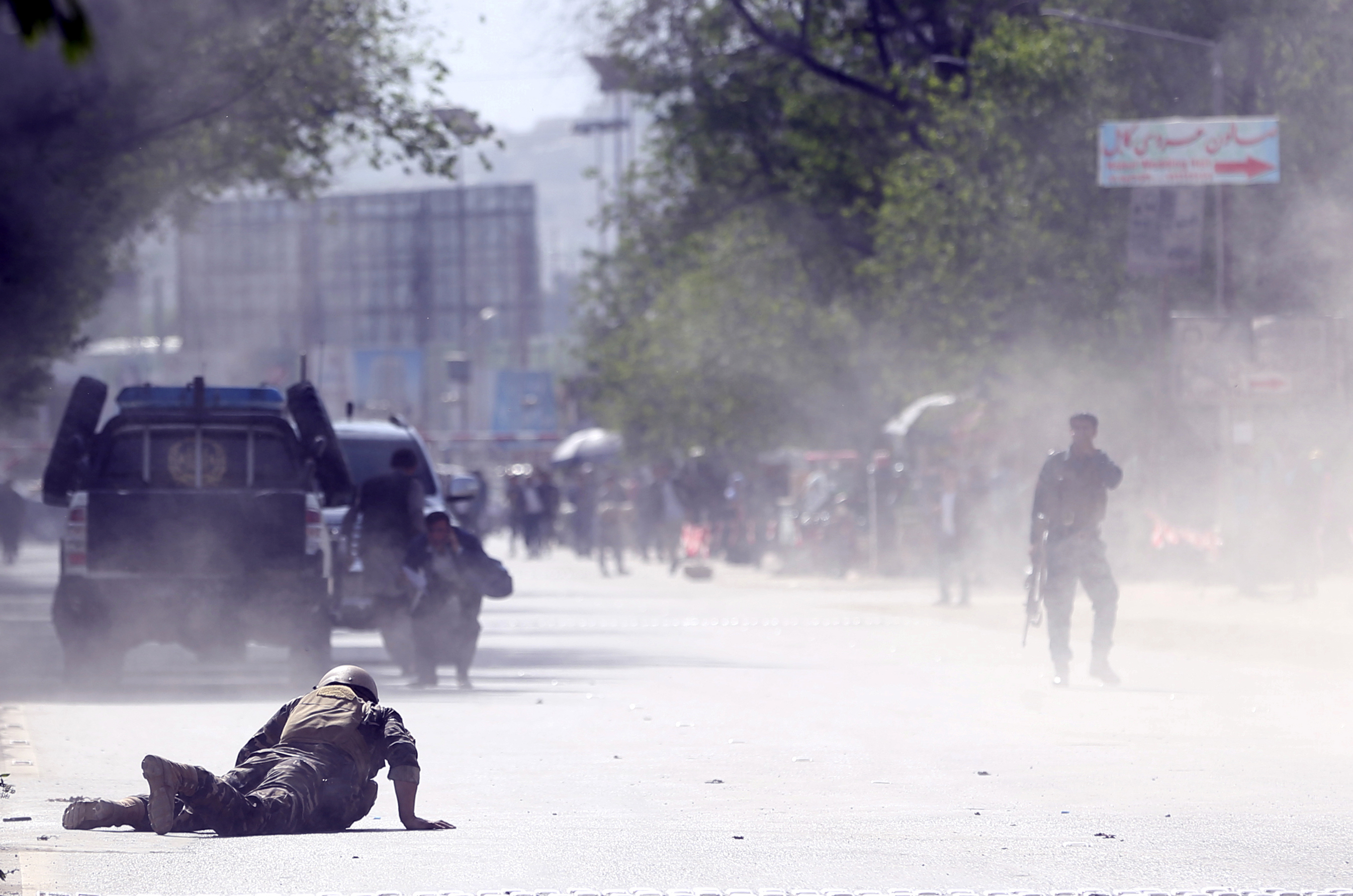 Describing 17th-century Mughal military frustration west of the Indus and in present-day Afghanistan, Jadunath Sarkar had referred to a blessing and a curse left for the Afghans by a saint: “They shall always be free, but they shall never be united”. The United States of America certainly encounters dilemmas arising out of this conjoined curse-cum-boon as it contemplates its longest-every military conflict. Three decades ago, the Soviet Union encountered a similar set of issues as it began its withdrawal, ending what was then also its longest-ever military engagement.

The Soviets saw, as the Americans see now, intra-Afghan conflict in large part related to Pakistan-Afghanistan relations as being at the core of their problems. Between the Soviet withdrawal and the US entry following 9/11, an Afghan civil war among different mujahideen factions destroyed the capital and other parts of the country. This ended only with the imposition of a different kind of order by the Taliban, supported by Pakistan. This led to another conflict and to Islamic radicals making Afghanistan the cockpit of international and regional terrorism, transforming a local conflict into one with international dimensions.

Questions of Afghan unity and Pakistan's role in the country as it seeks to manipulate intra-Afghan conflict to its advantage, therefore, have been central to the future of the Afghans for at least the past half a century. The Pakistan-Afghanistan connection has other dimensions. Pakistan’s present border with Afghanistan, which the Afghans dispute over the Durand Line, is the outcome of British imperial policy in the late 19th century as it sought to establish a buffer state between India and Russia.

The opposing views about the Durand Line constitute the Pakistan-Afghanistan conundrum and have been a factor in the relations between the two countries from the time Pakistan came into being. In September 1947, Afghanistan was the sole objector to Pakistan’s application to join the United Nations on the grounds that the international borders it claimed for itself were invalid. An example of how deeply rooted the Afghan position on the Durand Line comes from the period when Afghanistan was ruled by the Taliban regime. No matter how much the Taliban were controlled by Pakistan in this period, their government in Kabul was unwilling to give to Pakistan the one thing it wanted more than anything else: recognition by an Afghan authority that the Durand Line was an international border.

Legalities apart, Afghanistan’s internal demography dictates that if the country is not neutral, one or the other of its neighbours will get sucked in and subregional competition and conflicts will inevitably follow. Afghanistan’s ethnic map is a mirror of its neighbourhood with Tajiks, Uzbeks, Hazaras reflecting the ethnicity or sectarian denominations of the abutting states of Tajikistan, Uzbekistan and Iran. Most prominent are, of course, the Pashtun, Afghanistan’s largest ethnic grouping (42 per cent, at about 12.5-15 million), but they are outnumbered in absolute terms by Pashtuns in Pakistan (15 per cent, 30 million). Pakistan’s trans Indus border in traditional Pashtun geographies follows alignments which the Sikh Maharaja, Ranjit Singh, established as he battled and pushed back Afghan rulers whose influence had once extended across the Punjab and beyond it. It is these ethnic spreads that form the bedrock on which most of Afghanistan’s current geopolitics is constructed.

Next year will be the 40th anniversary of the Soviet military intervention in Afghanistan. It will also be the 30th anniversary of its withdrawal — the last Soviet soldier crossed the Amu Darya back into the then Soviet Union on February 15, 1989. The latter half of the Soviet presence in Afghanistan was accompanied by continuous multilateral diplomacy in the UN to secure an agreement that could enable a Soviet pull-out without a sacrifice of the great power’s face. These negotiations acquired a new urgency when the Soviet president, Mikhail Gorbachev, announced in December 1987 the Soviet intention to withdraw. The final Geneva accords were signed on April 14, 1988 between Pakistan and Afghanistan with the US and the USSR acting as guarantors.

This long and protracted negotiation showed a feature that merits highlighting. Normally, in an insurgency, the State or administration in question is reluctant to parley directly with the insurgents for fear of legitimizing them and placing them at an equal footing with itself. Through the 1980s, the mujahideen groups had rejected any direct dealing with Kabul. Pakistan was the main interlocutor on their behalf. We have a replay of this situation today with the Taliban consistently rejecting any dialogue with the government in Afghanistan despite numerous overtures from the latter. The difference between the Geneva negotiations and the current situation is the Taliban’s willingness to negotiate with other parties, in particular the US, that they feel are relevant.

The Geneva accords secured a Soviet withdrawal but not peace. Fighting continued for the next four years till the mujahideen marched into Kabul and took over the government. The government they toppled was led by President Mohammad Najibullah who had lasted for longer than anyone had anticipated. He fell because of the internal disarray in the Soviet Union whose break-up meant that there was no one left to honour the promises made earlier to him of continued support despite the withdrawal of troops.

The civil war among the mujahideen that followed fragmented Afghanistan but also further cemented the ethnic fault line between the Pashtuns and the non-Pashtuns. This has remained and strengthened as warring mujahideen factions were replaced by a Pakistan-supported Taliban, almost entirely a Pashtun force. The Taliban’s resurgence and consolidation over the past decade in this century and current efforts to end conflict in Afghanistan throw up obvious parallels with the Geneva negotiations and agreement of the 1980s. Now, as then, the central tactic of the insurgents is to build up a totalizing narrative around themselves as fighting a holy war against foreign occupation. Underneath this narrative is a more complex story of political failure to reconcile conflicting ethnic, inter and intra tribal claims and ambitions or deal with the country’s diversity by federalizing it. This failure is accentuated by external powers — most notably Pakistan. Its prevalent national security mindset blinds it to the cost inflicted on it by the Afghan civil wars and the greed of tactical advances shuts out the looming crisis confronting it from within and without as the Taliban gains in strength.

Thus, alongside the failure of Afghan unity has been the failure in Pakistan-Afghanistan relations and in particular Pakistan’s inability to reset these. Consequently, the fragmentation of Afghanistan has been accompanied by a corresponding process in Pakistan, in quality at least if not in magnitude. The rise of the Tehrik-i-Taliban Pakistan, ideologically, ethnically and tactically aligned with the Afghanistan Taliban, posed to Pakistan’s internal stability its gravest threat since 1971. That was averted only by determined action by the Pakistan army. The latter’s consequent empowerment set Pakistan back in political terms by at least two decades — illustrated by the 20-odd years that separate Nawaz Sharif’s removals in 1999 and 2017. Much as the anti- Soviet jihad had empowered the Pakistan army (and ISI) domestically, so too the strong-arm action against the TTP in 2015 and 2016 elevated the army to an extent that the country’s fledgling democratic process smothered itself. So Afghanistan’s lack of unity will impact not just itself but all those around.