A second home for the king of beasts 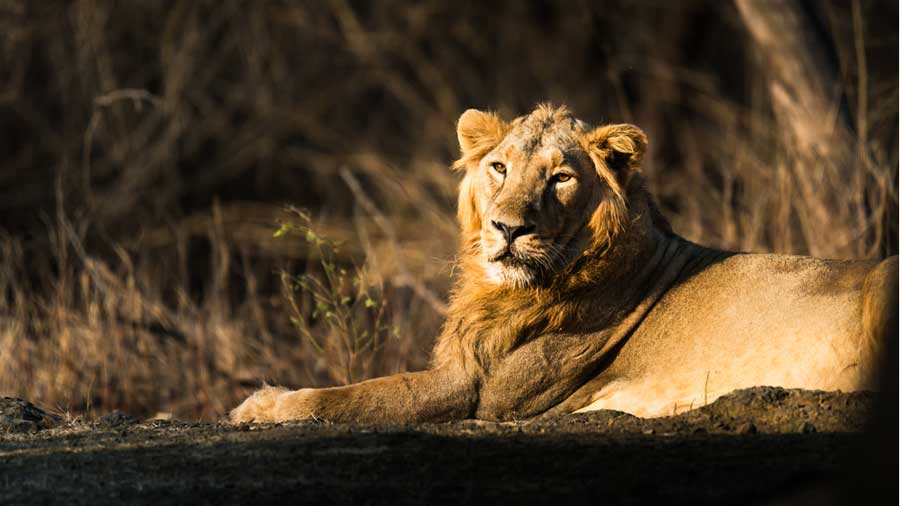 The hurdles to the idea of relocation of the Gir lions are cultural and political rather than scientific
Shutterstock
Mahesh Rangarajan   |   Published 13.07.20, 12:12 AM

At a time when India and the world are battling both a pandemic and an economic slowdown, there is a thirst for news that uplifts the spirit. What could be better timed than the results of the latest headcount of Asia’s last and only population of lions? The news is doubly positive: not only are there more lions in the Saurashtra peninsula, Gujarat, since the estimates began but their range has also expanded manifold.

The lion’s roar may be muffled across many African countries where it is under major pressures outside parks, reserves and community grazing lands. The news from India, from Gujarat in particular, gives room for hope. But it is tinged with serious concern. Lion numbers and range are up but to have ‘all eggs in one basket’, as the proverb goes, makes little sense.

One outbreak and many lions may be lost. Yet, the deaths of lions due to canine distemper, although admitted by the forest department, are not leading to a rethink of the stance of the state government against a second home. In times when humans have grappled with not one but many epidemics that spread rapidly — AIDS and Ebola, Nipah and now Covid-19 — the urgency of a secure second population hardly needs to be newly emphasized.

It turns out, based on the pathbreaking work by Stephen O’Brien (written about in his remarkable book, Tears of the Cheetah), that the lions of Gir are especially vulnerable. DNA mapping shows they have been inbred not once but twice. Much of Kathiawar was an island 2,000 years ago; all the big cats are descendants of those animals. Big game hunting and local killing did bring down numbers again around 1900 to ‘a few dozen’. So, this is a large, growing number but all are descendants of survivors of two bottlenecks.

Since the early 1990s, and after much research, Kuno in Madhya Pradesh was selected and a park established. A previous such attempt at finding a second home had failed. Lions were taken to Chandraprabha sanctuary, Uttar Pradesh, in 1956. They bred and dispersed. Many were poisoned and some shot. Preparation was poor and protection non-existent.

Kuno is a case in contrast. Nestled in a larger forest tract of over 3,000 sq km, twice the size of the Gir sanctuary, is an area readied for lions to be moved. Surveys by the Wildlife Institute of India show a high density of prey. Chital and wild boar and sambhar are all potential meal for a hungry big cat. The density of the sambhar and nilgai are higher than in the lion’s native Gir Forest.

In 2013, the Supreme Court cleared the way for moving a few lions. This point needs emphasis as the hurdles to the idea of relocation are cultural and political rather than scientific.

To know why we need to go back a step in time.

In 1972, the lion as symbol both lost and gained. It ceased to be the national animal of India. The tiger was made the national animal as it was seen to be an emblem of ‘unity in diversity’. Unlike the 19th century when lions had ranged across north and central India, they are found only in one state: Gujarat. But the latter acted around the same time and declared it a state animal.

Lions have been symbols of power and authority for centuries. No wonder independent India gave Ashoka’s lion capital from 2,300 years ago such a prominent place. But in the early 1970s, it became an icon of regional pride and a rallying point for fresh conservation efforts. The federal and state governments joined forces to launch the Gir Lion Sanctuary project a year before the more famous Project Tiger.

Gir’s lions had declined in numbers and were often in sharp conflict with livestock owners. A part of the forest became a national park with no timber operations or gazing. Some Maldhari settlements were also moved out. By the end of the 1980s, the lions in the sanctuary shifted their diet from domestic to wild prey.

Since then, successive estimates have shown their numbers as well as their range are growing. There are debates about the methods of estimation. Still, there is little doubt of there being far more lions than in the past. The last quarter-century has seen a sharp fall in the range and in the numbers of Africa’s lions.

But the work done in and around Gir is a study in contrast. Gujarat can justifiably take much credit for the turnaround. The state government gave up timber revenues from the national park and funded the resettlement of the pastoralists. Even further, when lions were poached in 2007 for their claws, a direct recruitment of watchers from the nearby villages ensured there was no repetition. The payment of compensation for cattle kills has also helped alleviate loss of entitlement of the stock owners.

This cannot obscure a home truth. None of this conservation success reduces the threat. The danger of an outbreak of disease is all too real. Gir’s lions are inbred.

The Gir lions show a lower range of genetic diversity than some of Africa’s most inbred wild populations. The 100 odd lions of Tanzania’s Ngorongoro Crater saw high mortality in 1962 when a blood-sucker fly led to the death of all but reportedly 10 animals. Since then the population has been inbred. Asia’s last lions are even less diverse in genetic terms than them.

But regional nationalism has made the animals a symbol of Gujarati asmita.

In 1997, the then chief minister, Shankarsinh Vaghela, made moving the lions into a prestige issue. Speaking in Rajkot, he said “not a single lion cub” would ever leave the state. The lion was also a symbol of his short-lived regional party. But this attitude has many more adherents than he did.

The result is that no serious dialogue is possible with the state government on the matter. The lions are now Gujarat’s first and last. This is not logical. For Gujarat and Gir will always be the first home of Asia’s lions. This can reconcile regional and all-India concerns rather than pit them against one another. The majestic creature has resonance across languages and cultures across the land. It is only recently that it has become largely, if not solely, a regional icon.

A second home will be an insurance against calamity. Half a century ago, timely steps helped secure the lions in Gir. It is time to go one step further. Tomorrow may be too late.

Reasons for Gir lion deaths must be made public

Call to shift fit lions out of Gir