The enormous potential of #MeToo 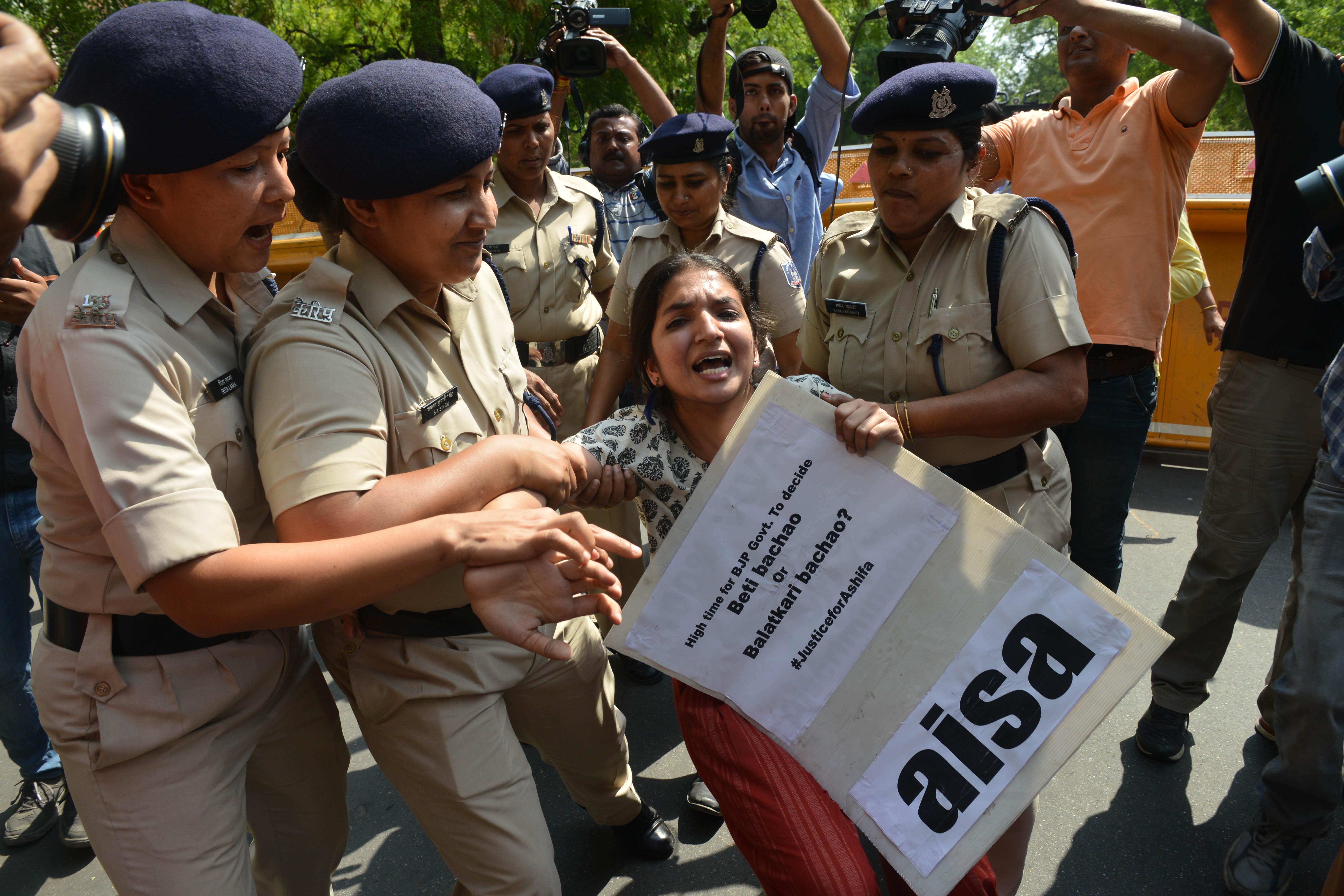 Protest against perceived oppression and persistent misbehaviour has found a new instrument: the #MeToo campaign. This aims to call out certain males and thus shame them for their sexual predatoriness. One remarkable feature of the campaign is to make public the protest and the object of the protest. #MeToo is an overt act to humiliate in retaliation to a humiliation suffered in the past in the hands of an individual who is imbued with a sense of male entitlement.

The protest is passive or non-violent in the sense that it inflicts no bodily harm even though the protest is against violence done to a woman’s body. This violence may not always amount to rape but it is most of the time an intrusion into a woman’s body and into her dignity as an autonomous human being.

On the face of it, this mode of protest is novel and is also proving to be effective if at times in a controversial way. To a student of history, especially in India, the protest carries certain significant resonances. It brings to mind the way Gandhi chose to resist discrimination, oppression and humiliation. Gandhi’s chosen weapon was satyagraha.

It would not be out of place here to describe how this came about. In August 1906, the Transvaal Government Gazette Extraordinary published a new ordinance by which every Indian, Arab and Turk of eight years and above and entitled to reside in the Transvaal would have to register with the Registrar of Asiatics and take out a certificate of registration. Failure to do this would lead to the imposition of a fine of 100 pounds, jail and even deportation. The new ordinance gave the police arbitrary powers to search and ask for certificates. Gandhi was convinced that the ordinance would threaten the very existence of Indians in the area. He organised public opinion against the new law and a decision was taken to agitate against it. At a public meeting it was resolved not to submit to the new law and to suffer the consequences that would follow from the non-compliance. Gandhi transformed the resolution into a pledge.

Volunteers wearing badges moved from house to house urging people not to register; permit offices were boycotted; and volunteers stood by the road side to persuade people not to register and to take note of those who were registering. The volunteers were asked to surrender to the police if they were beaten up or arrested. Not happy with the term passive resistance, Gandhi called this form protest satyagraha – “the force which is born of truth and love or non-violence”. Gandhi thus claimed the moral high ground much as a recent accused in a defamation case as said that truth is her best defence.

It was this form of protest that Gandhi brought to India and tried it out with reasonable success in Champaran in north Bihar, in Kheda in Gujarat, in Ahmedabad and then with resounding success on a national scale in the Non Co-operation Movement during 1920-22. Gandhi spelt out his aim in the Non Co-operation Movement very clearly. He said it was a battle for prestige. By refusing to co-operate with the Raj, Indians could demonstrate that British rule had no claim to rule India through consent and persuasion. The basis of British rule was force. The refusal to co-operate with a political dispensation based on violence – a rule that was unjust and oppressive, in Gandhi’s telling epithet, “satanic” – would enable Indians to regain and retrieve the self-respect and dignity that they had lost by allowing themselves to be ruled by a foreign and alien power. For Gandhi, protest against British rule had to occupy the moral high ground.

One instrument that Gandhi used with devastating effect in the course of his movement was public shaming through ostracism. He did this by carefully distinguishing between social boycott and political boycott. The former meant the stopping of customary services – the denial of medical care, of access to wells and ponds and of the services of the barber and the washerman (naudhobi bandh). Gandhi was against this but in his view these were attempts to coerce people to non co-operate and therefore a form of violence. Political boycott, on the other hand, was for Gandhi a form self-deprivation. He wrote, “It means refusing to accept water or food at such [a boycotted] person’s place and entering into no marriage connection with his family. We do not want to punish [the person concerned]; we want, rather, to express our own grief by refusing to associate with him.” The fine distinction between the two forms of boycott was not always honoured in practice. He himself admitted, “There was social persecution, there was coercion.”

Satyagraha or passive resistance even under the baton of the master himself was not entirely free of an unpleasant and dark side. Even Gandhi could not resolve the tension between persuasion and coercion and between non-violence and popular militancy. The noble attempt to persuade nationalist protesters to be non-violent met its limit in incidents like the one in Chauri Chaura in February 1922 when an angry crowd set fire to a police station burning alive over 20 policemen. That act of violence, as if to exemplify the tension being noted here, was carried out with the cry of 'Mahatma Gandhi ki jai' (long live Mahatma Gandhi).

At the heart of satyagraha is the ability to claim and retain the moral ground. Gandhi knew this and hence he did not hesitate a moment in withdrawing the Non Co-operation Movement after Chauri Chaura and in condemning the act of arson. The other aspect of satyagraha was that it required mass participation: isolated and localised it could have only very limited impact and success.

In #MeToo we are witnessing the emergence of a protest movement which abjures violence even as it protests against the crudest form of violence. It is a powerful tool of shaming. It is still a limited protest confined to the social media but it has enormous potential. In seeking to expand beyond its urban-literate confines, it could turn to the Gandhian experiment for some important lessons.

Rudrangshu Mukherjee is chancellor and professor of history at Ashoka University