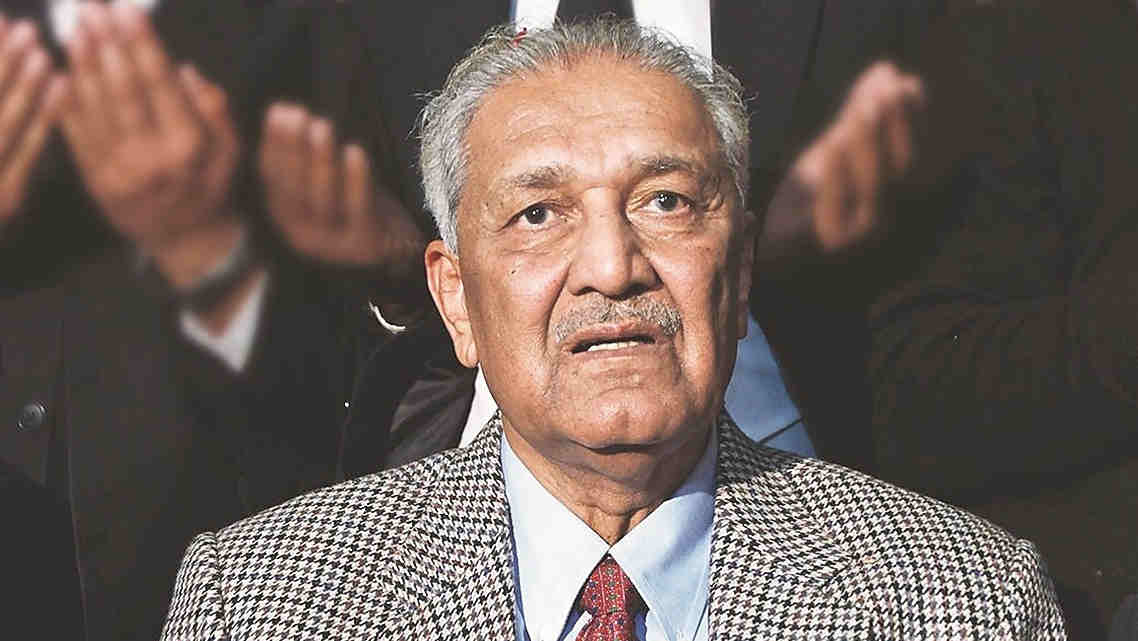 I recall the collective gasp of dismay that ricocheted around Islamabad in early February 2004 when A.Q. Khan appeared on television, confessing that he had acted against Pakistan’s interests in proliferating nuclear weapons technology. Reactions in public were, however, muted: Pakistan was then a military dictatorship.

A public debunking of an established national icon, which A.Q. Khan then was, is never easy. But General Pervez Musharraf appeared to have put it behind him reasonably effortlessly for he was at the peak of his powers. A major initiative with India had just concluded successfully with Atal Bihari Vajpayee’s visit to Islamabad a month earlier, which had led to the forging of a peace and dialogue process. Musharraf was quite literally the master of all that he surveyed.

Khan was pardoned by Musharraf after the confession but we heard, as time went by, that the house arrest he was in was for real, with visitors not allowed at all or very closely monitored, and that both he and his Dutch wife were in depression. In private, many Pakistanis expressed deep anguish but all was quiet otherwise. Similarly, in private conversations, Musharraf’s acolytes would hint at pressures from the United States of America and how, by acting as he did, Musharraf had both saved Khan and also safeguarded Pakistan’s nuclear arsenal and secrets.

Certainly by 2005 and 2006, the A.Q. Khan chapter in Pakistan’s history appeared to have been laid to rest. Musharraf had apparently satisfied the Americans that proliferation was a thing of the past. Incidentally, in his autobiography published in 2006, he had said about the past proliferation that “the show was completely and entirely AQ’s and he did it all for money.” This was obviously not wholly true and the more discerning suggested that A.Q. Khan had acted with the full backing of the military and the Pakistan State in dealings with North Korea and Iran. But towards the end of the 1990s, he had also done some freelancing, possibly for personal gain, using the proliferation networks set up earlier by manipulating such internal safeguards that may have existed and using the cloak of secrecy that surrounded Pakistan’s nuclear bomb.

Old heroes are never forgotten and Musharraf’s star was ebbing by 2007. Anti-American sentiment was widespread in Pakistan and democratic politicians on the comeback trail found the A.Q. Khan saga another stick to lampoon the military with. That he was made to fall on his sword was something heard frequently. After Musharraf’s exit, A.Q. Khan negotiated a new deal whereby he could move around more freely but agreed to keep mum on nuclear-related issues.

There is a deep-rooted belief in Pakistan that the US’s ultimate aim is to defang Pakistan of its nuclear weapons and the protective cloak of public opinion, more than anything else, now draped itself around A.Q. Khan. He recanted his earlier confession claiming, “I saved the country for the first time when I made Pakistan a nuclear nation and saved it again when I confessed and took the whole blame on myself.” There were many takers for this in Pakistan.

When I returned to Pakistan in mid-2013, A.Q. Khan was frequently in the news. He was often invoked as a hero of Pakistan in public meetings — not in the same league as M.A. Jinnah, of course, but just a few notches below him. Amongst the loony right-wing, he was particularly significant. The glowing obituaries that have come after his death recently are, however, from some of Pakistan’s most enlightened persons and show the quiet support that had always existed for him. He was to be seen occasionally on TV and was also a regular columnist in the national newspapers.

These columns were a curious mix. They were preponderantly focused on a life of piety and on how to be a good Muslim but they also brought out his great love for reading. Occasionally, he would mix this with comments about his memories of Bhopal and on Pakistan’s history. I recall one in which he spoke about his life in Bhopal before moving to Pakistan — “In Bhopal we had Muslim ladies ruling for hundreds of years. Though a minority we were not in such a dreadful position.” Another much cited comment was one made during a TV talk show — again about Bhopal, but as he remembered it: “We Bhopalis have never produced a traitor and we have also never produced a Ahmedia.”

Even more curious was a long, three-part column on Maulana Abul Kalam Azad based on a 1946 interview but which was published after the creation of Bangladesh. This interview has frequently been denounced by many in Pakistan as never having taken place and a fraud. In the interview itself — A.Q. Khan quoted large chunks in his column — Maulana Azad had given many warnings about the future of Pakistan: “Pakistan, when it comes into existence, will face conflicts of a religious nature”; “despite the role of the Ulema, religion will lose its sheen in Pakistan”; “I feel that it will not be possible for East Pakistan to stay with West Pakistan for any length of time”; “Right from its inception Pakistan will face some very serious problems — incompetent political leadership will pave the way for military dictatorships” and so on.

A.Q. Khan resurrecting this otherwise forgotten interview obviously reflected his disillusionment with the state of affairs in Pakistan but it also converged with the general mood then and reinforced perceptions of him as the great leader pointing to present-day drawbacks.

A.Q. Khan will remain in the hearts and minds of most Pakistanis as the person who gave Pakistan its ultimate security against India. It is ironic how General Musharraf also contributed to this by seeking to cut Khan down to size. There is no greater aid to mythology-making than of a ‘great man’ wronged in his own lifetime and Khan’s life story followed this script to the full.

T.C.A. Raghavan is a former High Commissioner to Pakistan