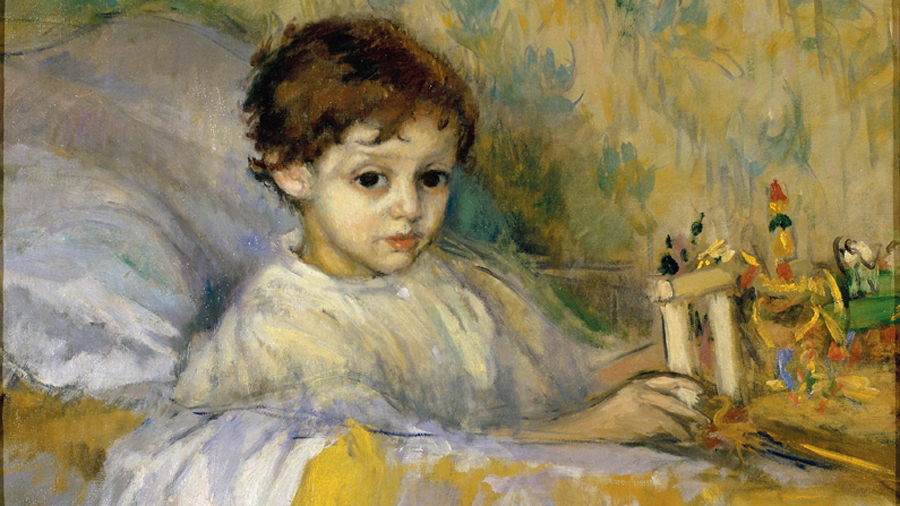 There’s been no escaping pishi and bhaipo ever since the election war drums began to roll in Bengal. To her countless admirers, pishi — not so much bhaipo — remains one of the few surviving sentinels guarding the citadel of a pluralist Bengal. Those at Bengal’s doors — pishi’s detractors — think otherwise: the pair, they allege, represents nepotism and corruption that they would get rid of with a few lusty blows of their (majoritarian) broom.

The depravity of politics — Bengal’s politics is not an exception — is such that it often forces viewers to turn their gaze elsewhere: towards, say, a far more luminous pishi-bhaipo pairing. Leela Majumdar, a cousin of Sukumar Ray, was Satyajit Ray’s pishi. Among the many accomplishments of this illustrious aunt-nephew was the resuscitation of Sandesh, the children’s magazine that has continued to enchant readers across generations. Yet, April is a rather cruel month to reminisce about this peerless pishi and her inimitable bhaipo. Ray died this month in 1992; Majumdar, too, passed away in April, fifteen years after her nephew’s death.

The sombre timber of our times — a time of disease and death — perhaps makes it imperative for us to turn the pages of two short stories written by Majumdar and Ray, respectively, that offer insights into themes that remain strikingly contemporary. “Pilkhana” — one of the short stories that make up Majumdar’s magical Shob Bhuture — features an eleven-year-old child who, much like Covid-afflicted Indians, has been shut out from her loved ones on account of a contagious illness. Confined to a dingy room in an ancient, crumbling mansion, even as Durga Puja is being celebrated outside, the child discovers companionship, fortitude and, ultimately, liberation in Haider — a spectral mahout — and his herd of ghostly pachyderms. Sadananda, the protagonist of Ray’s short story, “Sadanander Khude Jagat”, is lonely and unwell too. He is bullied by his friends for the joy he takes in phenomena that others find unremarkable — such as the slow, teasing flight of the seed of shimul, or the lives and antics of ants. He also suffers periodic bouts of fever as well as visitations from a grim physician bearing bitter medicine.

Yet, Sadananda and that nameless child in “Pilkhana” manage to endure their sickly, joyless lives. And that is because these gifted children — in other words, their creators — turn their illnesses into an emancipatory experience that helps them to reflect on, from an early age, the vagaries, cruelties, injustices but also kindness that make the world simultaneously revolting and alluring. Sadananda, for instance, learns that his mother has blood on her hands: she swatted one of his ant friends to death without thinking much about her deed. The child prisoner of Majumdar’s story is taught about the importance of empathy by those gentle ghosts with trunks.

Literature, of course, has its share of ailing and infirm children. In Hans Christian Andersen’s “The Story of a Mother”, Death sneaks up to snatch a child away from a mother who, sleepless for days after caring for the infant, closes her eyes for a wee second; Our Mutual Friend, Charles Dickens’s last finished novel, captures poignantly the searing vignettes of life in a hospital full of sick and dying children. Interestingly, in spite of the improvements in paediatric care and the falling infant mortality rates around the world, illness continues to be a dominant literary theme: at least one-third of submissions by young writers for the Branford Boase Award, which recognizes precocious literary talent, had, in one particular year, an ill child as a protagonist.

Even though ailing children have been central to literary plots, they have seldom been armed, as is the case with Sadananda, with agency. This element of agency — an ability to ponder their own lives and those of others — is what makes the fictive children of Ray and Majumdar speak to us in this dark hour.

In his book, The Courage to Exist: A Philosophy of Life and Death in the Age of Coronavirus, the philosopher, Ramin Jahanbegloo, has underscored the importance of listening to and contemplating what these voices — old and young, real and imagined, within and without — have to say to the human collective.

And they offer a lot to think about.

For the list of sordid spectacles that embellish New India is long and as inscrutable as the mounting evidence of the body politic of the nation writhing in an excruciating agony that it shares with the corporeal bodies of its citizens. There is an elected government which, having sleepwalked through the first wave of a pandemic, now finds itself drowning in the second on account of criminal lapses. There are the government’s defenders, impeccable but graceless men, women and institutions, unmoved by the sight of innumerable funeral pyres, their light, ironically, the harbinger of the gathering darkness. There is ceaseless tragic news: of the burden of disease and death getting heavier with each passing day; of a country heaving and gasping together, as if in a feeble nod to an eerie orchestra, for oxygen; of a newspaper in Rajkot devoting nearly seven pages of its twenty-page edition to obituaries, respecting those who breathe no longer.

Can there be Forgiveness after such Knowledge?

Did Ray and Majumdar answer this question? Perhaps. The ants that make up Sadananda’s tiny world raise the banner of disaffection, inflicting a blow — a bite — that makes their young patron’s oppressor beat a hasty retreat. Majumdar makes the phantom elephants shed their gentility too; with a bit of a push, they tear down the walls of that dreadful penitentiary, freeing the child.

Do Bengal and India care enough about these clues of deliverance?