The changing colours of repression 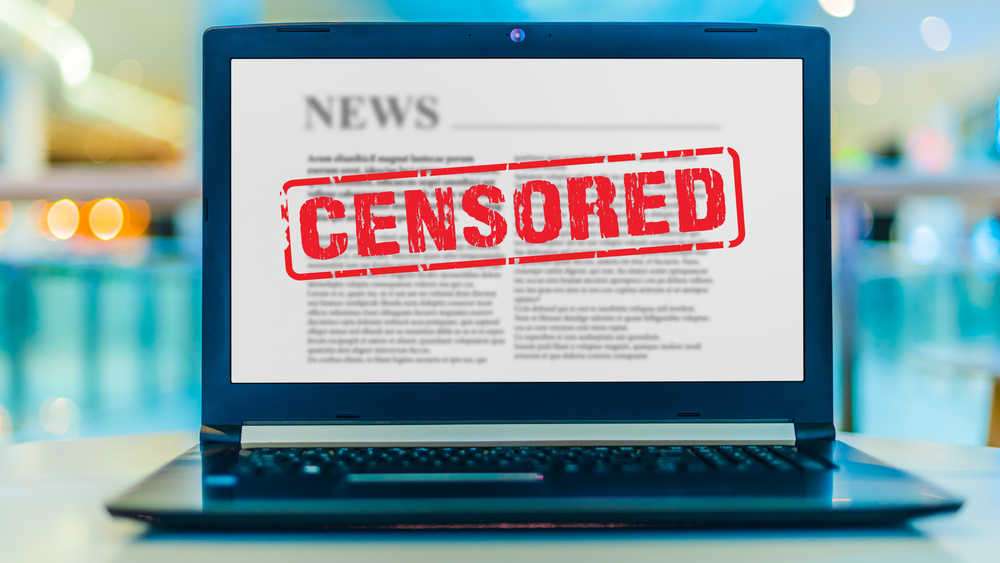 Governments are not benign, and the use of the law and regulatory agencies against inconvenient voices is not new. Although it has become a reflex action for journalists to invoke a comparison with the Emergency for each new attack on journalism and on free speech, there have been enough instances in two decades of this century to show that both the first National Democratic Alliance government and the United Progressive Alliance in its two terms were not shy of either deploying the sedition law against journalists and activists or of coming down mercilessly on media exposés that showed the government in a poor light.

This month’s Enforcement Directorate raids on the online portal, NewsClick, smacked of harassment. They took place presumably on account of its reporting on a range of issues, including many stories on the alleged transgressions of Gautam Adani’s empire and its nexus with the ruling party. The ED, on its part, said that it was investigating payments received by the site from the United States of America.

During Atal Bihari Vajpayee’s prime-ministerial tenure, the harassment of Tehelka and Outlook was  far bigger in scale after the portal’s 2001 sting operation and Outlook’s follow-up of that exposé. In his latest book, Jugalbandi, Vinay Sitapati documents the scale: “More than 700 tax officials searched the offices of the proprietor of Outlook in twelve cities and 120 premises.” As for Tehelka itself, after its entrapment sting captured bribes taken by the ruling party’s functionaries and implicated those close to the prime minister, its investor was prosecuted, its offices raided, its reporter jailed without bail, and government agencies went to town leaking hostile stories about the portal to the media.

As an aside, one reason we see far fewer examples of the government coming down on investigative journalism is because there is so little reporting of this genre now.

While there is frequent and escalating use of sedition by the current government against activists, district journalists and, now, far more prominent journalists, the misuse of Section 124A has been documented right through the UPA tenure as well — from 2009 onwards, at least, with the use of the law picking up in 2010 (against Arundhati Roy and Binayak Sen among others) and 2011 and thereafter. Between September and December 2011, for instance, the protest against the Kudankulam nuclear power plant in Tamil Nadu saw 3,500 people accused of ‘sedition’ and/or ‘waging war against the state’.

Then again, it was the UPA government that amended the Information Technology Act 2000 in 2008 and notified rules to the amended Act that gave sweeping powers to the government to intercept, monitor and block websites and to pressurize intermediaries such as service providers on electronic content. Section 66A of the IT Act, which was so draconian that it was finally read down by the Supreme Court in 2015, was a legacy of the UPA government. The predecessor to today’s sweeping requests for the blocking of Twitter handles was the practice of government requests to internet intermediaries to remove content which Google has documented from the year 2010. The number of requests picked up substantially from 2014.

Governments, then, have been intolerant of media criticism before. They have been repressive before. But what fosters the current sense of siege and intimidation is the following.

Co-option by the ruling party and the government has made the mainstream media such a diminished force that no meaningful pushback is forthcoming. You may have a press club demonstration, but you will not get the same numbers as before. Ditto for the protest processions taken out by journalists. Proprietors do not want to take on a government that has demonstrated from the day it came in that it has no use for conventional media. If your star anchor tweets an unproven assertion, a prompt correction is not enough, you take him off the air.

At the same time, for all its numbers in Parliament, this government has turned paranoid. The paranoia borders on the farcical when the country’s foreign minister bristles against a pop star’s tweet. Or when law enforcement agencies see conspiracies in internet toolkits tweeted by environmental activists. So you get these escalating requests to block Twitter handles. As a former Twitter official said during an online discussion, if you have a hammer every problem looks like a nail.

Third, as the lawyer, Akhil Sibal, pointed out recently, free speech as a value is being replaced by nationalism as a competing value. Dissent and protest are dubbed anti-national. So terrorism-related laws, such as the Unlawful Activities (Prevention) Act, and sedition are brought against free speech ‘offenders’ and grass-roots activists. Both are non-bailable offences.

Fourth, there is politically-motivated intolerance demonstrated by multiple first information reports registered in BJP-ruled states in response to similar and simultaneous complaints against the government’s favourite targets — some sections of the media, activists, and social media users who are not part of the ruling party’s verbal arsenal. The outcome is a proactive policing of speech. And its weapon of choice is the law. Not just UAPA and sedition but also Section 69A of the IT Act, which allows confidentiality of orders, complaints, and actions regarding internet platforms. There is no transparency about which accounts have been blocked and why. It is another section of the IT Act waiting to be read down.

Finally, as the lawyer, Gautam Bhatia, among others, has argued, the Supreme Court has not been consistent in its defence of freedoms over the past year or more. If it found in the case of bail for the television anchor, Arnab Goswami, in November last year that the “[d]eprivation of liberty even for a single day is one day too many”, it was not similarly moved at the prospect of the deprivation of liberty in the case of the journalist, Siddique Kappan, arrested on his way to report on the Hathras gang rape in October. After four months and six adjournments, the Supreme Court granted Kappan bail for five days to visit his mother on her deathbed with several restrictions on what he will be permitted to do in that period. As Bhatia says sardonically, it is a case of show me the man and I’ll show you the law.