Advertisement
Home / Opinion / The BJP prioritizes a show of aggression over honest, inclusive dialogue in Kashmir

The BJP prioritizes a show of aggression over honest, inclusive dialogue in Kashmir 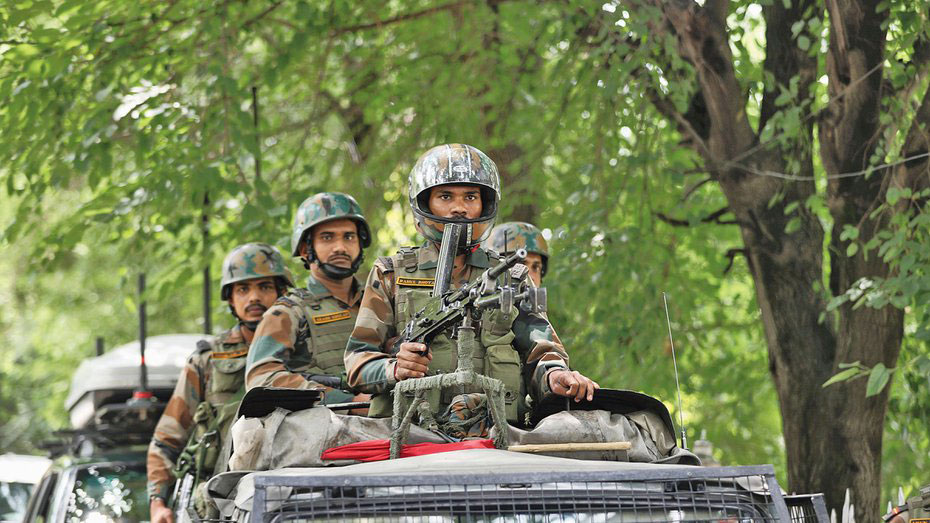 Soldiers on a vigil near a war memorial in Srinagar on July 26, 2019. The deployment of supplementary security men is seldom a sign of normalcy. On the contrary, it speaks of a situation where the bullet threatens the ballot, that too in a democracy.
(AP)
The Editorial Board   |   Published 30.07.19, 04:12 AM

The Bharatiya Janata Party’s fondness for the politics of smoke and mirrors is common knowledge. Its utterances on Kashmir are a case in point. In his monthly radio address, the prime minister seemed to suggest that the troubled state was returning to normalcy, reiterating the ‘power of development’ over ‘bullets and bombs’. Narendra Modi’s statement would have been reassuring had it not been for the fact that his claim came a day after the Centre despatched 10,000 additional troops to the strife-torn state. The deployment of supplementary security men is seldom a sign of normalcy. On the contrary, it speaks of a situation where the bullet threatens the ballot, that too in a democracy. The march of boots, in conjunction with an advisory by the railway police predicting the onset of an ‘emergency’ in Kashmir, has fuelled speculation of an impending strike by the Centre against Article 35A, which grants the state’s residents special privileges on land and employment. This feverish speculation is a manifestation of a growing chasm in the contract between the State and the people. Strange statements from political executives have done their bit to add to the confusion and erode the trust of the people in the administration. A parliamentarian from Jammu has made the startling claim that militancy was now on its last leg. Data expose his naivety. Around 450 people, including 100 security men, died in Kashmir in 2018, making it the bloodiest year since the inception of insurgency. Equally bizarre was the plea by the governor, Satya Pal Malik, to insurgents to train their guns on the corrupt. Mr Malik acknowledged that such a statement does not behove a governor. Such aggressive rhetoric from the holder of a constitutional position is unlikely to build bridges in the troubled state.

Yet, it is the show of aggression that the BJP prioritizes over patient, honest, inclusive dialogue in Kashmir. There is no denying the fact that militancy must be met with the might at the disposal of the State. But boots on the ground will not be enough to root out the violence. The BJP must find ways of engaging in democratic conversation to rebuild the confidence of the people. But that looks improbable at the moment. Assembly elections have been postponed to the end of the year and concern is rising over political designs on Article 35A. These developments portend a crisis, belying the prime minister’s hollow message of hope.