Troops on way, development on lips 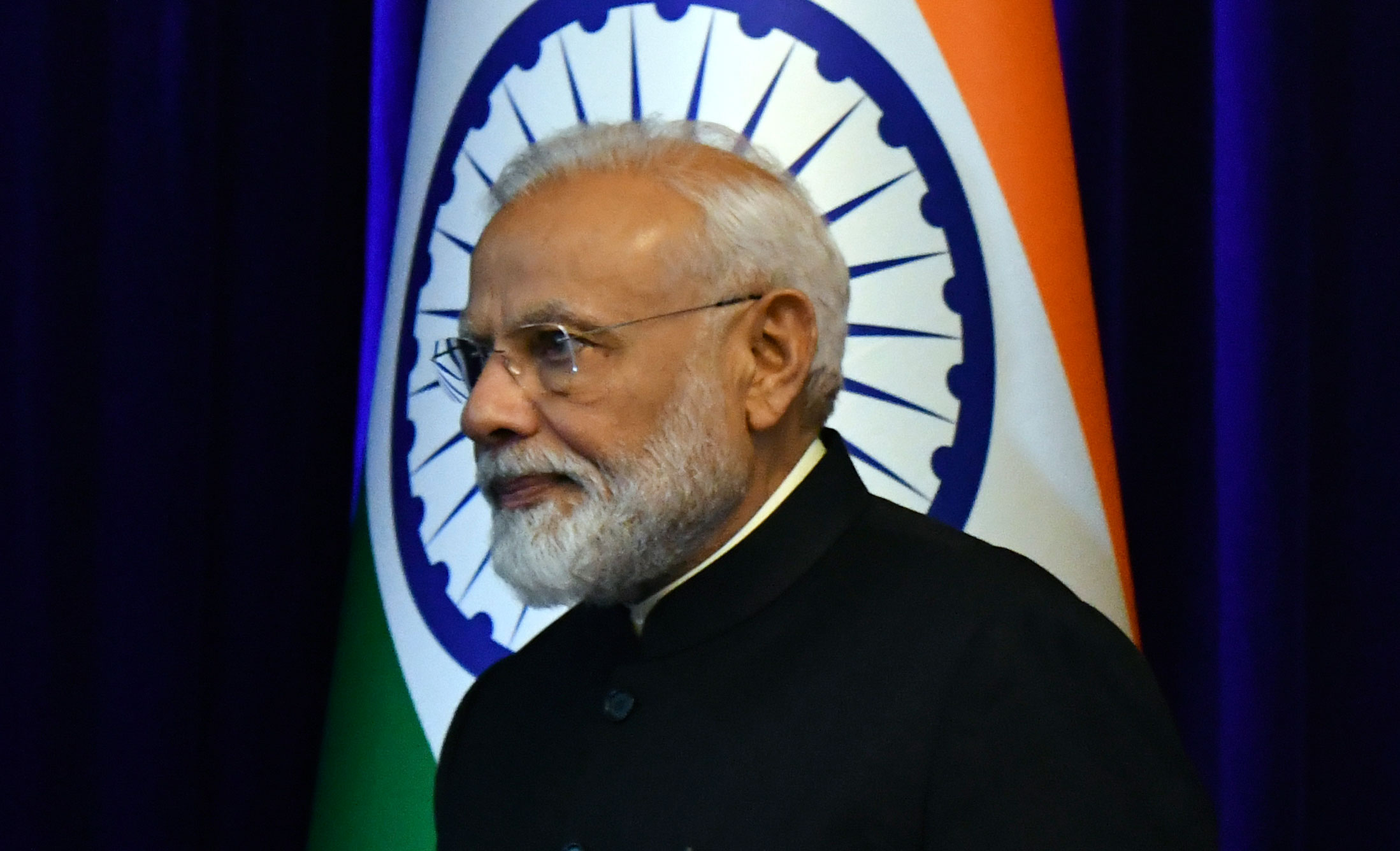 Modi spoke at length about the troubled state in his monthly radio address Mann Ki Baat, claiming the government’s “back to village” programme had evoked enthusiastic participation even in turbulent districts like Shopian, Pulwama, Kulgam and Anantnag.
(AP Photo)
Our Special Correspondent   |   New Delhi   |   Published 28.07.19, 08:28 PM

Prime Minister Narendra Modi on Sunday appeared to suggest that Jammu and Kashmir was returning to normality under central rule, stressing the “power of development” over “bullets and bombs” a day after the Centre began deploying 10,000 additional troops to the Valley.

Modi spoke at length about the troubled state in his monthly radio address Mann Ki Baat, claiming the government’s “back to village” programme had evoked enthusiastic participation even in turbulent districts like Shopian, Pulwama, Kulgam and Anantnag.

“Programmes like these and the people’s participation or stake-holding indicates that our brothers and sisters in Kashmir want good governance. It proves the dictum that the power of development is stronger than the might of bullets and bombs,” the Prime Minister said.

His claim came a day after the Centre began despatching 10,000 additional troops to the Valley, which has ignited fears among the local population that the BJP might be preparing to honour its pre-poll promise of revoking the state’s special status.

Sources within the government and the BJP, though, laughed off any immediate plans to scrap Articles 370 and 35A, which confer special rights and privileges on the state and its people. They suggested the troops were being sent as part of preparations for elections in the state, which is under President’s rule.

However, with Amit Shah as home minister, BJP leaders are confident that the state’s special status would be scrapped, as promised in the party’s election manifesto, some time during this Modi government’s tenure.

The BJP’s core committee is expected to meet in Delhi on Tuesday, ostensibly to discuss the poll preparations in Jammu and Kashmir. Modi and Shah, who is also the BJP president, are likely to participate in this meeting, sources said.

In his radio broadcast, Modi made no mention of Jammu and Kashmir’s special status or the fresh troop deployment. Instead, he flagged a comment that “brother Muhammad Aslam” of Shopian had posted on the government’s website hailing the “back to village” programme.

“Brother Muhammad Aslamji had sent me a message, on reading which I felt curious to know more about the ‘back to village’ programme,” the Prime Minister said.

He said that under the programme, government officials had reached the remotest villages to brief them about development schemes, triggering an enthusiastic response from the people.

Modi claimed that for the first time, government officials had reached the doorsteps of villages across 4,500 panchayats.

“It shows how keen the people of Kashmir are to join the mainstream. It’s clear that those who wish to spread hatred… (and) pose hurdles (to development) will never succeed in their sinister plans,” he added.

Modi said that three lakh pilgrims had already completed the Amarnath Yatra, which began on July 1, and cited this to stress the return of normality to the Valley.

“I would especially thank the hospitality of the people of Jammu and Kashmir while referring to the successful organisation of the Amarnath Yatra,” he said.