The BJP now finds itself on a slippery ideological surface 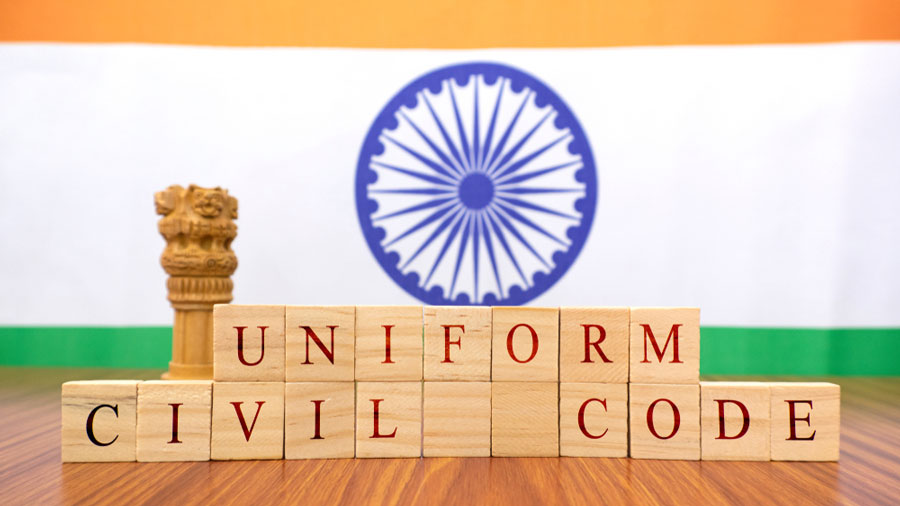 A recently-released India Today survey asked its respondents to name the top achievements of the Narendra Modi government. Over half of the people opted for either the revocation of Article 370 or the Supreme Court sanction for the construction of the Ram Mandir. More than any other dispensation since that of Indira Gandhi, the Modi government has staked its reputation on its ability to bring about sweeping ideological changes in the country. Besides Article 370 and Ram Mandir, most state governments of the Bharatiya Janata Party have also pushed through, or reinforced, laws against cow slaughter and ‘forced conversions’, ticking off other items in their ideological bucket-list.

Yet, in some respects, the BJP has now become a victim of the astonishing pace of its ideological triumphs in this dominant phase.

A political party makes capital out of ideological issues in two ways: one, by mobilizing support for the struggle for the goal and, two, from the political goodwill that follows its achievement. The trouble is that the goodwill doesn’t persist ad infinitum. Having squeezed out the bulk of the political gains to be had from its many decades’ long ideological issues, the party is now constrained to look for a new generation of big issues that push the frontiers of Indian society and polity.

There are two candidates that have been attracting growing attention in recent months. The first is the Uniform Civil Code, one of the three core demands of the BJP at its foundation (along with the construction of the Ram temple and the removal of Article 370). The second big issue that has gained newfound traction among large sections of the Hindu Right is population control. The governments of Uttar Pradesh and Assam have taken the lead in framing population control policies in line with the Rashtriya Swayamsevak Sangh’s call for checking ‘demographic imbalance’.

However, both these issues have inbuilt liabilities that make for a trickier political terrain. The essential criteria of the sangh parivar to select an ideological issue is that it should represent, in some manner, the political and cultural domination of Hindus over Muslims. Whereas the other big issues of the BJP — Ram Temple, Article 370, cow slaughter and religious conversions — could be used to target Muslims, the UCC and population control also draw Hindus into their coercive or punitive dragnet.

First, let’s take the case of the UCC. Earlier this year, the Uttar Pradesh state executive committee of the BJP resolved to make the UCC a key poll plank for next year’s state elections. The political rhetoric of the BJP on the UCC is framed in simple terms — countering Muslim autonomy or ‘separatism’ by taking away their regressive personal laws.

But the reality is much more complicated, which is why the BJP has consistently shied away from moving ahead on the UCC. If a comprehensive UCC were to actually see the light of day, it would provoke the ire of political constituencies beyond Muslims. First, the UCC would disrupt the social life of Hindus as well as Muslims. Despite the impression of the Hindu code bills bringing in a uniform and progressive regime to regulate Hindu family life, the personal laws of Hindus are neither uniform nor particularly progressive. Hindu personal laws actually protect diverse customary laws, with regulations governing matters such as marriage and inheritance often varying according to the customs of different states and communities.

Similarly, like the personal laws of other communities, Hindu personal laws are also regressive on gender equality. For example, the Hindu Succession Act differentiates between men and women in matters of intestate succession. As much as it relishes its rhetoric of ‘saving’ Muslim women, the BJP would, understandably, be wary of implementing policies that can draw it into a clash with Hindu conservatism. The modernist and progressive impulse of the BJP, after all, almost exclusively extends to Muslims.

Second, the UCC would take away the autonomy in personal laws from the key political constituency of tribals who manage their affairs according to their customary laws. The suggestions coming from the Union law ministry and the Law Commission on bringing tribals into the fold of the UCC have been met with consternation among tribal groups. A few years back, the Rashtriya Adivasi Ekta Parishad had petitioned the Supreme Court against the UCC, stating that under it, “the Adivasi’s right to perform marriage, worship, last rites and other ceremonies would be abrogated.”

Third, a thoroughgoing UCC would also abolish (as the Law Commission had advocated in its report on the UCC) the tax-evading contraption known as the Hindu Undivided Family, marking a significant financial blow to small businessmen and traditional Hindu joint families.

One way out for the BJP would be to the split and phase the implementation of the UCC, such that it is able to isolate and target only Muslim personal laws. However, this would remove the veneer of constitutionality that the BJP has so skilfully instrumentalized for its political moves on cow slaughter, Ram Mandir and Article 370. A nakedly majoritarian approach would entail not just stronger legal challenges but also sharper international opprobrium.

Now let’s come to the issue of population control. The draft bill of the Uttar Pradesh government would restrict access to political participation, jobs, welfare schemes and even the provision of subsidized food grains for those who violate the two-child norm. Again, this draconian legislation would harshly impact the poorer and less educated sections of society (including Hindus) more than it affects Muslims as a group. As the NFHS-4 data for Uttar Pradesh document, the fertility rate varies much more according to education than in terms of religion. For instance, the difference in fertility between an illiterate woman and a fully educated woman is 1.6, whereas the difference between the fertility of a Hindu and Muslim woman is 0.5.

The political implications for the BJP become even more troubling when one notes that the fertility rates of the other backward classes and the scheduled castes are substantially higher than those of the upper castes. In fact, according to the NFHS-4 data, the fertility rate of Muslims and SCs in Uttar Pradesh is almost indistinguishable (3.10 and 3.09, respectively).

In sum, this is a policy that would disproportionately punish the rural poor and the lower castes in addition to Muslims. The BJP has spent the last three decades meticulously effecting an image makeover from being an urban, upper caste party to one of the poor and the disadvantaged. Such a legislation, appearing more like a fantasy fermented in a middle-class drawing room than a carefully calibrated policy, would hardly burnish the egalitarian credentials of the party. Moreover, since it would be a prospectively applied law, it would discriminate against a young population already reeling under unemployment and grim economic prospects.

The politics of coercive population control also has a forbidding legacy in India. One of the main reasons Indira Gandhi’s Congress got wiped out in northern India in 1977 was the fallout of its ham-handed, mass sterilization drive. The fact that even the Vishwa Hindu Parishad has opposed the UP population policy is hardly a propitious sign.

Of course, one might reasonably contend that the sangh parivar is using the issues of UCC and population control as bugbears to mobilize Hindu support rather than as actual policies it plans to seriously implement. It is no doubt true that the Hindu Right has succeeded to a large extent in planting in the popular imagination myths about Muslim regressiveness and demographic expansion.

However, there are two complicating factors here. One, since the BJP commands a formidable majority at the Centre, issues such as the UCC and population control risk losing their potency in the evident gulf between political rhetoric and political action. There is no Congress establishment to excoriate any longer over not bringing the UCC. And, two, Opposition parties have become smarter than to fall into the trap of debating the BJP on ideological issues, especially when they remain confined to the theoretical realm.

What this era of BJP dominance has testified to is the broad political constituency that exists for grand ideological triumphs of Hindus over Muslims. However, this appetite likely pertains to symbolic or psychological victories that don’t require any particular sacrifices from ordinary Hindus. Having achieved its low-hanging ideological goals, the BJP now embarks on a trickier ideological road that can potentially also exact personal, social and financial costs from its base of Hindus. It must tread with caution lest the blowback outstrips the benefits.