The question is: who exactly safeguards global economic objectives now? 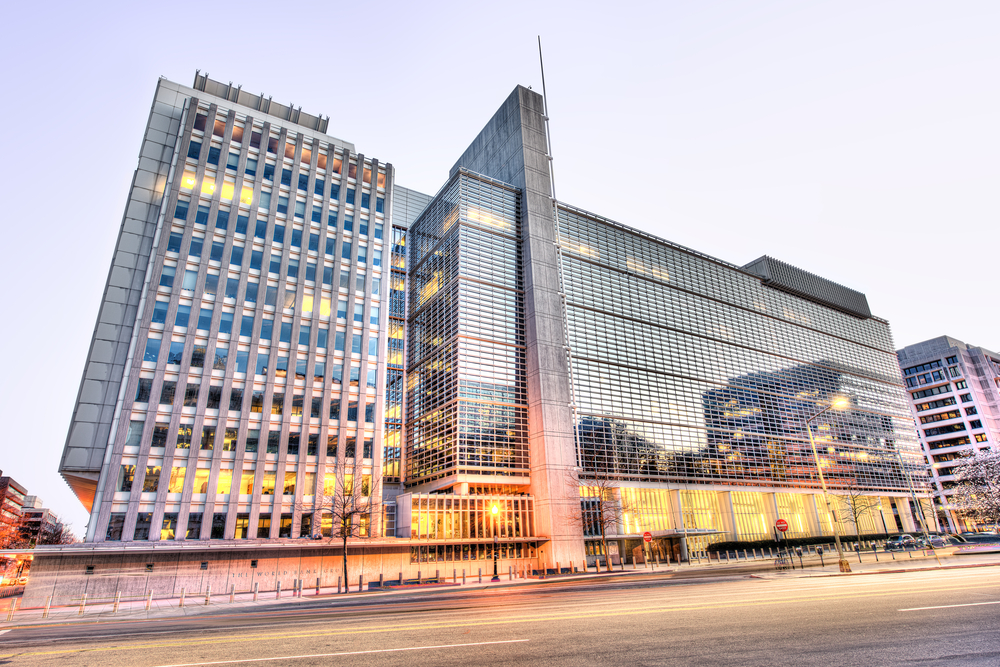 This month marks the 75th anniversary of the Bretton Woods conference, held in the US state of New Hampshire in 1944, after which the World Bank (pictured) and International Monetary Fund were created
(Shutterstock)
Renu Kohli   |   Published 31.07.19, 12:08 PM

This month marks the 75th anniversary of the Bretton Woods conference. In July 1944, 44 nations agreed to new rules for establishing an international monetary order and open trade system. The World Bank and International Monetary Fund were then created to promote international trade and development, and facilitate greater exchange rate stability minus the gold standard. Such coordinated decisions were an important step by countries to rebuild the world economy after World War II. Multilateral cooperation strengthened thereafter, morphing into the rules-based international trading system at World Trade Organization in 1995. But since then, dissatisfaction over the international monetary ‘non-system’ has grown; the asymmetric World Bank and IMF governance structure has diluted their legitimacy. But all countries nonetheless progressed steadily towards greater openness in trade, finance and exchange rate flexibility. That is, until recently. Multilateral cooperation has consistently weakened since the global financial crisis in 2008, marking a distinct reverse turn in recent years. It is ironic that the Bretton Woods anniversary coincides with possibly the lowest point in international economic cooperation.

Divisive trade policies and retaliatory import tariffs have reached dangerous levels, dragging down world growth. Outstanding damage is inflicted by trade tensions between the United States of America and China, triggered by Donald Trump’s trade policies. The downshift is significant: manufacturing activity has shrunk across advanced and emerging economies as exports contract; Chinese growth has slipped to its lowest in three decades, and the US economy is slowing too. The IMF lowered its world output growth forecast by 0.2 percentage points to 3.3 per cent in April 2019 and pared this by 0.1 point last week, underpinned by weaker-than-anticipated global activity owing to sluggish global trade. In April, the WTO estimated goods’ trade volume growth to fall to 2.6 per cent in 2019 from 3.0 per cent last year from heightened trade tensions and economic uncertainties.

It is worth recalling that trade was the key propeller of the pre-crisis global boom that dramatically reduced the number of global poor, including in India. Over 2003-08, trade volumes grew an average 3 percentage points (8.5 per cent) each year above the preceding five-year average. World trade plunged to -10.5 per cent in 2009 with the 2008 crisis. It was outstanding multilateral cooperation and macroeconomic policy coordination led by the G-20 that averted a global recession and financial meltdown. An informal forum of 20 countries representing 80 per cent of world gross domestic product and two-thirds its population, the G-20 constantly avowed its commitment to free trade, shunning protectionism. Positive outcomes followed: global trade rebounded to 12.5 per cent and 7.3 per cent in 2010-11, weakening thereafter to an average 3.1 per cent annually in 2012-16. An uplift in 2017 (5.4 per cent) proved short-lived and global trade slipped back into the 3 per cent region last year. This year’s performance looks set to worsen.

The interesting feature in relation to declining volumes of world trade is the progressive increase in trade restrictions imposed by G-20 members since 2012, that is, inversely proportional to world trade growth. The WTO computes the total number of restrictive measures — at 145 from mid-October 2015 to mid-May 2016, these reached an all-time high in 2018-19. The reasons why world trade never recovered its pre-crisis levels are many — structural changes induced by demography, low productivity and secular stagnation in advanced economies, the changing nature of global manufacturing and restructured supply chains, technology shifts, and so on. But the adverse effect of increased trade barriers upon exports and imports is undoubted.

It is unfortunate that the world’s largest nations fail to see this. The captive hold of trade protection to combat domestic depression and high unemployment — beggar-thy-neighbour trade policies that temporarily benefit the endorsing country but harm trading partners — is proving counterproductive. Worse, this is threatening to spill over into competitive currency devaluation as the US mulls weakening the dollar to spur its exports. Trump hopes its import barriers will force China into agreement on liberalizing its trade policies, leading to their eventual removal. These talks are on a bilateral basis. The G-20 leaders’ meeting in Japan last month was unable to resolve the US-China trade impasse. The US has shifted towards bilateralism in trade matters elsewhere too, undermining the multilateral framework built since Bretton Woods. Global growth is the chief casualty of the weakened multilateralism in global trade, capital and labour flows. Many countries, including India, still have to reap the full benefits of free trade.

The weak economic cooperation observed today contrasts with the joint cross-country efforts seen at the time of Bretton Woods. The latter aimed to revive the world economy; the former is actually pulling it down. This raises the question as to who exactly safeguards global economic objectives in the current times. In a somewhat different but equally concerning context, the G-20 arose to be the premier forum for global economic cooperation to combat the 2008 crisis shock and forestall a worldwide recession. Since then, the G-20’s effectiveness has steadily diminished as national interests dominate, eluding consensus and cooperation at the forum. At its leaders’ summit in Argentina last year, even the G-20’s steadfast commitment to “fighting protectionism” yielded to “strive to realise a free, fair, non-discriminatory, transparent, predictable and stable trade and investment environment, to keep our markets open”. After 75 years of Bretton Woods, the turn from multilateral cooperation is notable as is its drag upon the global economy.