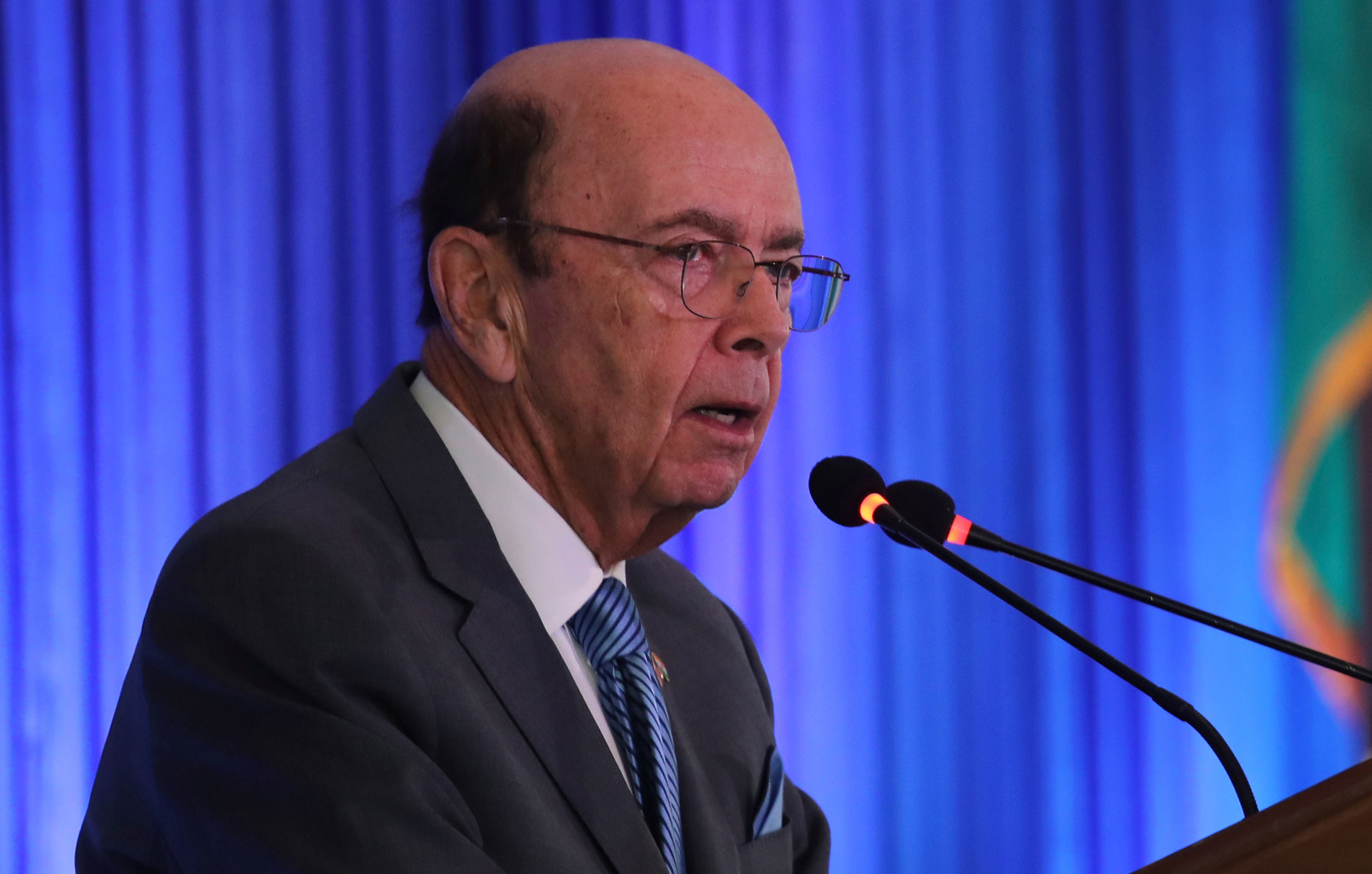 The US wants India to eliminate trade barriers for American companies and remove restrictions with regard to data localisation to cut the cost of doing business, visiting US commerce secretary Wilbur Ross said on Tuesday.

'Our goal is to eliminate barriers for the US companies operating here including data localisation restrictions that weaken data security and increase the cost of doing business,' he said.

Ross was speaking at the Trade Winds Forum and Trade Mission. He is accompanying a delegation of over 100 American businesses.

'... currently US businesses face significant market access barriers in India. These include both tariff and non-tariff barriers as well as multiple practices and regulations to the disadvantage of foreign companies. India's average applied tariffs rate is 13.8 per cent and that remains the highest of any major world economy, the very highest. It has for example a 60 per cent tariff on auto, while the US has 2.5 per cent. It has 50 per cent tariff on motorcycles and 150 per cent on alcoholic beverages. Just a few extreme examples,” he added.

India imposes bound tariff rates -- maximum import duty India can charge under global trade rules of WTO -- on agricultural products at the average of an 'incredible' 113.5 per cent and some are as high as 300 per cent, he said, adding 'they are way too high'.

However, India's trade experts counter this by saying that India is not a 'tariff king' and it has all the right to take appropriate measures to protect the interest of specific sectors like agriculture.

'We are working diligently with the Indian government and our private sector partners to address market access issues through the US India commercial dialogue and through the recently re-convened US India-CEO forum,' Ross said.

Major obstacles being faced by the US companies include price controls on medical devices and restrictive tariff and inspections on electronics and telecommunications products.

He noted that duties on routers and switches and parts of cellular phones are as high as 20 per cent.

In stark contrast, he said, the duty on these products imported by the US from India is zero.

'Zero versus 20 per cent. That's not a justified imbalance. These high tariffs undermine India's goal of improving digital access and literacy,' Ross added. He expects that the new government would look at these matters.

'In the World Bank's Ease of Doing Business report, India climbed an impressive 23 spots this year but it still ranks 77 out of 190 countries. So, there is lots of room for further improvement,” he said.

He mentioned that India is the US's 13th largest export market due to 'overly restrictive' market access barriers.

Referring to trade imbalance with India, the commerce secretary said the US accounts for 20 per cent of India's total exports.

Last year, the bilateral trade between the two countries totalled at $142 billion, up by about $16 billion from 2017.

'In the services sector also, US has a trade deficit with India,” he said adding last year it was $3 billion.

'This is specially unusual. We generally have services surplus with most countries. But in the case of India, the deficit is largely due to IT services,' he said.

Ross said that as India is pursuing a range of development priorities including revitalisation of urban infrastructure, 'we are confident that US technology and expertise can play an important role in serving India's critical development needs'.