That time of the year when America gives thanks 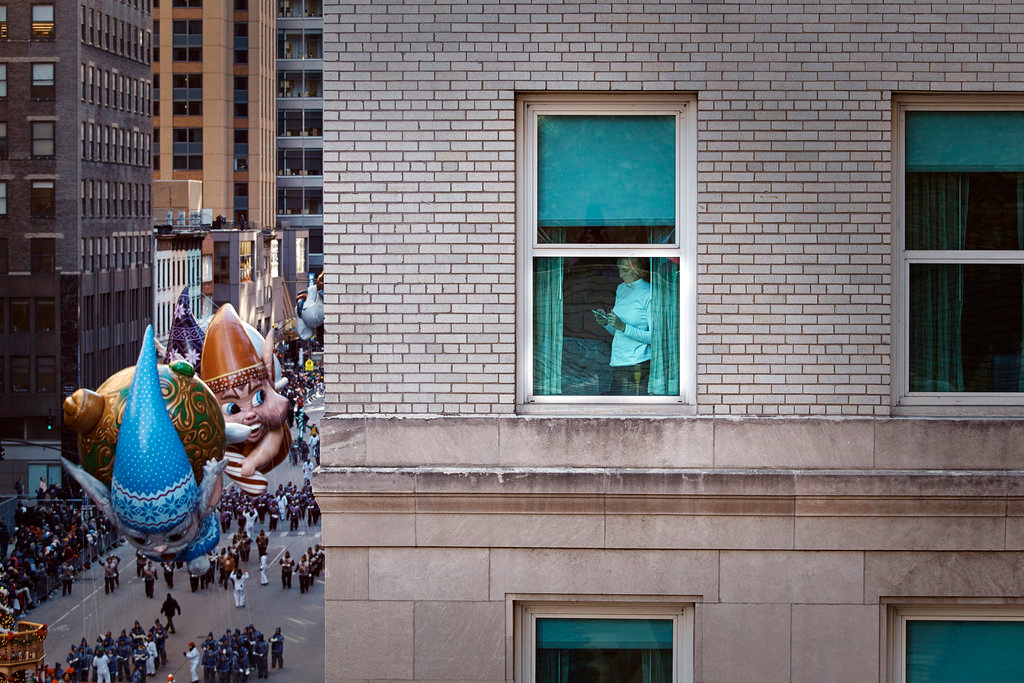 Once again, the United States of America gave thanks this year with the annual Thanksgiving parades that took place across the country on November 22. New York City’s famous Macy’s Thanksgiving Day Parade has been gracing the streets of Manhattan for 92 years. The parade, which began at 9 am and ended at noon on Thanksgiving, kicked off at West 77th Street and Central Park West, continued down Central Park West to Columbus Circle, and ended at Macy’s Herald Square.

Floats this year included a Goku of Dragon Ball Z, Toothless from How To Train Your Dragon, Charlie Brown, the Pillsbury Dough Boy and many more. Celebrities performing this year included John Legend, Diana Ross and Family, Ally Brooke, Anika Noni Rose, Ashley Tisdale and the Barenaked Ladies. Performances from Broadway shows such as Mean Girls, My Fair Lady, Summer: The Donna Summer Musical and King Kong took place at Macy’s Herald Square. The parade was broadcast live at 9 am on television.

In Philadelphia, residents celebrated the Dunkin’ Donuts Thanksgiving Day Parade. Since 1920, the City of Brotherly Love has welcomed the Christmas season with floats, marching bands, choirs and other performers. This is the oldest Thanksgiving parade in the country.

If you found yourself in Chicago, you would learn that the Chicago Uncle Dan Thanksgiving Parade lifted the spirits of residents during the Great Depression in 1934. It grew to become a holiday tradition in the Windy City. More than 5,000 walking participants — 20 marching bands, 16 theatrical productions, 11 equestrian troupes, dozens of floats and celebrities — took part in the event. 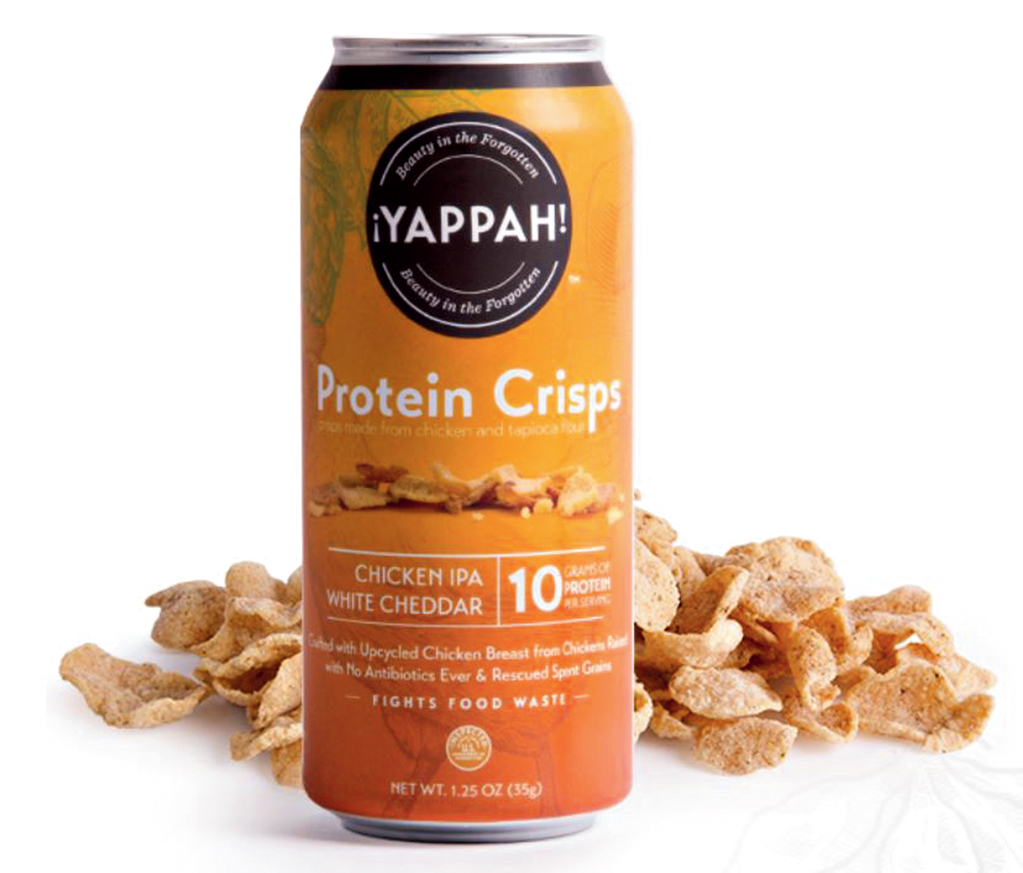 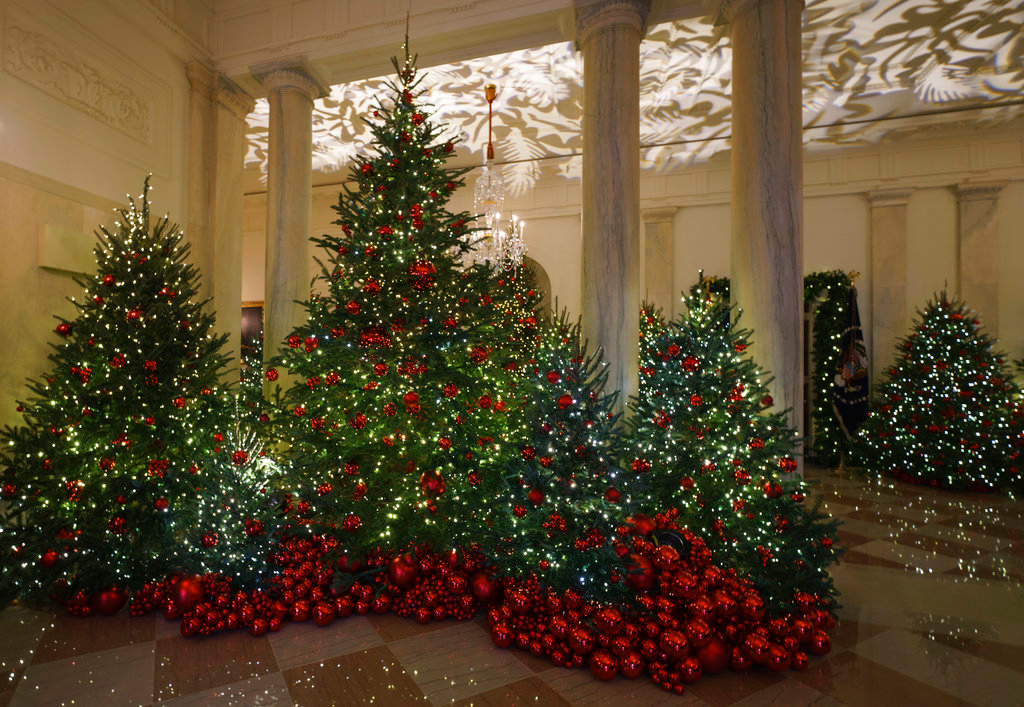 Grand Foyer and Cross Hall during the 2018 Christmas preview at the White House on November 26, 2018.
AP

Food waste is one of the biggest global problems being tackled by companies all over the world. The latest food giant to try to solve it is the poultry manufacturer, Tysons Foods. The company has created a snack brand which makes ‘protein crisps’ out of food waste such as chicken breast trim, spent grain from beer brewing, and excess vegetable purée after juicing. Named “¡Yappah!”, the brand will be used as an umbrella under which Tyson will release other sustainable food products.

Another socially responsible company is Rind Snacks. It preserves the peel of fruits and vegetables and turns them into dried snacks. The company is less than a year old and hopes to dominate the $2 billion dried fruit industry. The fruit is free of added sugars and preservatives, and combats food waste by preserving the peel and nutritional value.

However, the process of saving the planet is truly cyclical. It starts with the manufacturers, moves on to retailers and consumers and eventually ends with the by-product that must be repurposed. In 2018, $125 million of investment was poured into companies that worked to prevent food waste. Apeel Sciences creates a natural second skin to extend the shelf life of produce, and received $70 million in new financing this year. Food Maven and Full Harvest both create marketplaces for excess food or less visually appealing produce; Spoiler Alert, which helps food businesses better manage unsold food inventory, landed an investment as well.

A new museum is giving the Metropolitan Museum of Art a run for its money — the New York subway, or the ‘MTA Museum’. Two anonymous art students take the decaying poles and puddles found throughout NYC’s underground public transportation network and turn them into art. Using placards typically seen inside art galleries, the duo contextualizes random things with satire — from rats running over train tracks (now a live installation called Of Mice and Men) and rusting poles (a work titled What Dreams are Made of) to stained wooden benches (Untitled/Butt Pattern). Bits of old chewing gum strewn on a dirty concrete floor became “an everyday creative masterpiece”.

“We’re shining a light on the M.T.A. stops by using them as an art form,” one of the artists recently told the New York Times. “As New Yorkers, we should be proud to use one of the oldest and most historical transit systems every day.” The two students remain anonymous because they did not have approval from the Metropolitan Transportation Authority. They said that they hoped their cards would help change commuters’ perception of structures that have long been called dirty and decrepit.

The world’s largest menorah was installed last Friday near NYC’s Central Park for Hanukkah, which began its eight-day celebration last Sunday. The 32-feet-tall, 4,000-pound metal structure was designed by the Israeli artist, Yaacov Agam. Throughout the holiday, visitors and residents can see the nightly menorah lightings. Every evening features live music, hot latkes and suvganiot. The menorah’s real oil lamps are sponsored by the Lubavitch Youth Organization. Jewish communities celebrate this ‘festival of lights’ across the city, with other events such as the annual Latkepalooza at the Museum at Eldridge Street and the menorah lightings at the Grand Army Plaza and Columbia University.

The Seaport District celebrated Hanukkah with a one-night extravaganza featuring food, arts and crafts and live music. The Grammy-nominated clarinet player, David Krakauer, gave the night an unforgettable klezmer soundtrack. However, this year’s holiday is overshadowed by the Pittsburgh synagogue shooting and the increase of anti-Semitic vandalism.

Melania Trump has unveiled the Christmas decor for the White House. Red dominates in a forest of 40 towering crimson topiary trees in the East Colonnade and on 14,000 ornaments in the Grand Foyer and Cross Hall. The First Family is celebrating their second Christmas in the White House. This year’s theme, “American Treasures”, honours the unique heritage of the US. Throughout December, more than 30,000 visitors will walk the halls as part of public tours.