Those opposed to the policies of the Modi govt - Opposition leaders , media organizations, activists - seem to be particularly vulnerable to I-T raids 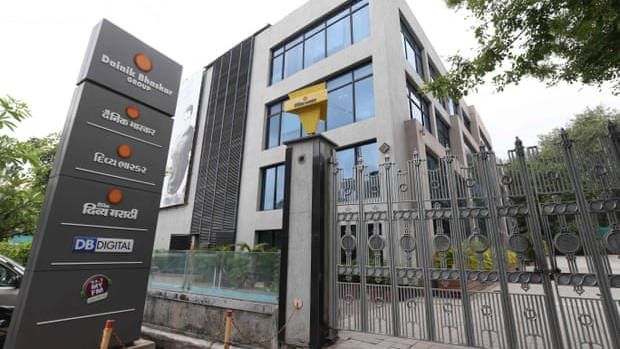 Tax raids have taken place on the media group, Dainik Bhaskar, that has been accused of evading taxes.
Gagan Nayar/AFP/Getty Images
The Editorial Board   |   Published 23.07.21, 01:08 AM

These are rather taxing times for the media fraternity. As if thinning revenue streams on account of a faltering economy lashed by the pandemic are not enough, media companies are having to contend with another contagion: the tax man. Tax raids, to cite one example, have taken place on the media group, Dainik Bhaskar, that has been accused of evading taxes. No institution, including media companies, can be immune to the law of the land. The accusations against Dainik Bhaskar must be investigated fairly and in a transparent manner to establish the truth. What is worrying, however, is a broader pattern that has been synonymous with the political ascendancy of the Bharatiya Janata Party. Those opposed to the policies of the Narendra Modi dispensation, be they leaders of the Opposition, media organizations, dissenters or activists, seem to be particularly vulnerable to visitations from the income tax department. This has raised the apprehension of the Centre using the IT department as a stick to beat the media — a critical media — with. There are whispers that Dainik Bhaskar’s coverage of the Centre’s mismanagement of the Covid-19 crisis may have made it visible on the tax radar. If the allegation of such targeted discrimination is true, it would torpedo the Centre’s periodic homilies on its commitment to uphold the freedom of the press.

There is evidence to suggest that the pledge may, indeed, be hollow. Under Mr Modi’s watch, India has witnessed a precipitous slide on the World Press Freedom Index: it ranked a lowly142 among 180 countries this year. The reasons are not far to seek. The BJP has a formidable arsenal to tame the media. In spite of the Supreme Court’s observation that members of the fourth estate are entitled to protection against sedition, this archaic legal provision — a relic of colonial law — has often been weaponized to intimidate those who retain the courage to speak truth to power. Physical attacks against journalists are not new either; Mr Modi’s India now has the dubious distinction of being one of the most dangerous places for journalists to work in, according to Reporters Without Borders. Perhaps the most potent among these gags to stifle the media with is pressure — covert or overt — on public and corporate advertisers to choke revenue, the lifeline of the media. At the heart of the problem lies the regime’s barely concealed condescension for contrarian — independent — opinion. Unfortunately for Mr Modi, pliant institutions — the media included — only dull the sheen of Indian democracy.