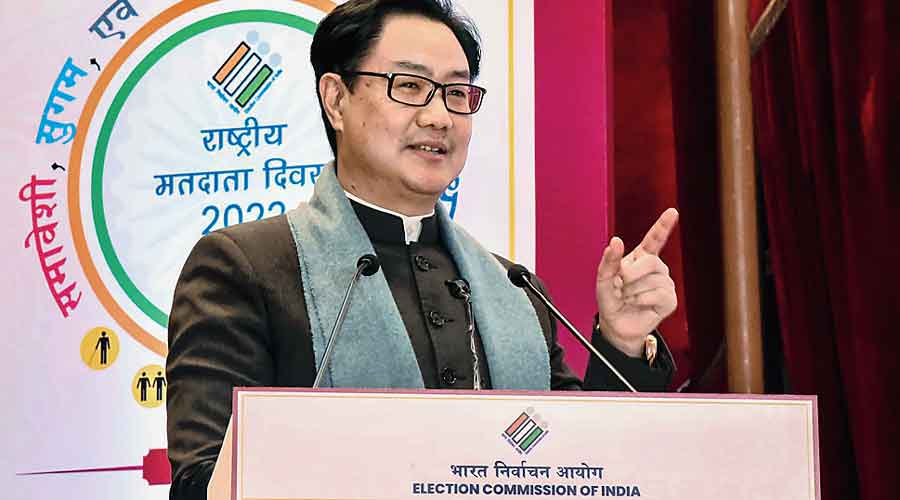 India’s Tawang itch remains although it should have ended after January 1951. Tawang was in the news recently following a callous statement by the Union law minister, Kiren Rijiju, that Jawaharlal Nehru did not want Tawang to be a part of India. The Congress retorted by producing documents that indicated otherwise. Rijiju is from Arunachal Pradesh. It is unlikely that he is unaware of Tawang’s recent history.

Towards 1950, China had indicated to India that it would take over Tibet, which had wrested itself free from Chinese control since the fall of the Manchu dynasty in 1911 in the wake of Sun Yat-sen’s Republican (Kuomintang) Revolution. India earnestly appealed to the Chinese not to resort to force and, instead, take the diplomatic route to resolve its Tibet problem. However, when it became certain China was not paying heed to the advice, India quietly decided to end any exercise of Tibetan suzerainty over Tawang. Among others, W.F. Van Eekelen in his book, Indian Foreign Policy and the Border Dispute with China, has some details on these sharp exchanges.

Other authors too have interesting observations. Neville Maxwell, often charged with being too eager to agree with Chinese claims and disagree with India’s, notes in his book, India’s China War, that India notified Lhasa, not Peking, about its intent to take over the Tawang administration. In January 1951, the civil servant, Nari Rustomji, and Jairamdas Daulatram, the then governor of Assam, had the green signal from Delhi to plan for the takeover and the man chosen for the mission was Major Ralengnao (Bob) Khathing, a Tangkhul Naga from Manipur. Khathing led 200 soldiers of the Assam Rifles to Tawang to accomplish the job after convincing the Monpas, already burdened by Lhasa’s monastic taxes, that a much better future awaited them in India. Maxwell notes that China did not protest India’s move. In his opinion, this was an indication that China was willing to negotiate and settle the boundary issue with India where the McMahon Line was even though it did not officially recognise it.

It is well-known that the McMahon Line was agreed upon through exchanges between the British India plenipotentiary, Henry McMahon, and his Tibetan counterpart, Longchen Shatra, during the Simla Convention of 1913- 1914, bypassing the Chinese plenipotentiary, Chen I-fan, who walked out. The two agreed on the watershed principle of map-making. This being so, the boundary ought to have been along the Sela Pass ridge at about 14,000 feet above mean sea level, leaving Tawang on the Tibetan side. The Monpas and the Lopas, who form the dominant population of Tawang, are also proto-Tibetan and in Alastair Lamb’s illustrative phrase in his two volume  The McMahon Line, A Study in Relation Between India, China and Tibet 1904- 1914, they were part of the “Tibetan Buddhist Church”. The sixth Dalai Lama is a Monpa from Tawang.

Yet Tawang came to be south of the McMahon Line, therefore in India, by a concession the Tibetans made to McMahon who on the advice of the Tibet expert, Charles Bell, convinced the Tibetans of the extreme vulnerability the Assam plains would be left exposed to if Tawang was out of India’s control. The Tibetans agreed in the belief this was part of a larger bargain that “the British would guarantee a Tibetan boundary with China” writes Lamb. Reciprocally, the British agreed to allow Lhasa to retain its cultural suzerainty over the Tawang region and the traditional right to collect taxes from the Monpas and the Lopas, says Lamb. So long as India’s northern boundary was with Tibet, there was no cause for alarm. But when it became clear China would take over Tibet, India had to make the move to end this arrangement.

China began its military campaign in Tibet in mid-October, 1950. Sadly, Tibet found itself friendless. When it tried to move the UN on the aggression, none of its allies — Britain, America, India — wanted to sponsor it.  Ultimately El Salvador did the needful but the motion died in a whimper. Tibet did ask for Tawang’s return but Tibet was already becoming a part of China.