Advertisement
Home / Opinion / Get the picture 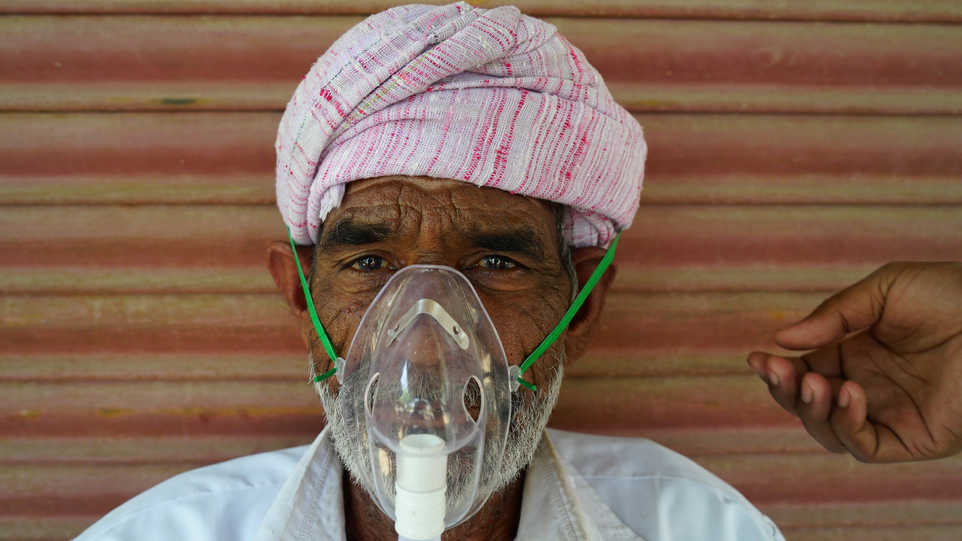 The last two months have tested the media’s collective ability — and willingness — to galvanize action for both visible and invisible sections of the population. Last year’s Covid crisis led to a post-lockdown working class tragedy that unfolded over several months. That became a middle and upper-class tragedy with this year’s second wave.

News pictures have enormous power to set the agenda. Last year’s unforgettable pictures came from migrants hitting the road with their families as soon as the lockdown was announced. India’s elite rediscovered migrant labour, and public opinion turned against the insensitivity of a government that forgot to factor in these workers when announcing an overnight lockdown.

But this year, trains and buses did not stop amid the regional lockdowns and if migrants were taking them to go back to their villages it made them less visible. Pictures of homebound workers crowding bus and train stations are not quite as heart-wrenching as those of their walking on highways in ragged footwear with babies and baggage. When migrants hit the road, they were easy to find and follow. Now workers of all kinds have become invisible again.

The focus is elsewhere. Through April and May, the unfolding oxygen and hospital bed crisis in a city with a concentration of journalists ensured that India’s second wave of Covid became an international horror story. Delhi is also where most foreign correspondents and diplomats are located so if coming down heavily on the Narendra Modi government was one consequence, galvanizing aid from across the world was another. Entire oxygen plants were flown across to Delhi as the international media went to town.

One worrying consequence of this urban and class skewedness as the social sector is pointing out is that the media coverage is also skewing donor response, with more money being pledged for oxygen than for restoring access to food and livelihoods. This, they say, is impacting relief efforts on the ground even as Covid is making deep rural inroads, with the government reporting a positivity rate of over 10 per cent in 533 districts in the second week of May.

As the Covid narrative shifts from the horror of suppressing death statistics in urban India to the challenge of uncovering the enormity of the pandemic in rural India, a livelihood disaster is also emerging alongside. The 2021 report on the State of Working India released by the Centre for Sustainable Employment at Azim Premji University talks of deepening poverty in the first year of Covid. It says incomes dropped sharply, and as many as 23 crore individuals slipped below the national minimum wage threshold of Rs 375 a day in terms of their earnings.

After the lockdown, most people got back to work, but there was a large increase in informal employment. Salaried workers moved into self-employment and daily wage work. Agriculture and trade emerged as fallback sectors. Women and younger workers were disproportionately affected and many could not return to work even by the end of the year. Of the women surveyed, 47 per cent suffered permanent job loss during the lockdown, not returning to work even by the end of 2020.

As family incomes diminished, some kinds of food went missing from rural diets and hunger raised its head, according to the panel which discussed the report online. There is now a category of ‘new poor’. Many households in India, which are not traditionally poor, are poor now. But is that as compelling for the media as a rolling disaster story?

As the founder of the NGO, Goonj, observed dryly in The Indian Express, for millions dal chawal is the oxygen needed to survive this pandemic. But he found it difficult to convince corporate donors to tackle hunger in the hinterland. As for migrants who stayed back in the cities during the second wave, they faced hunger because the fear of a more virulent infection has prevented better-off benefactors from undertaking food distribution which they did last year. No food queues, no pictures, and more invisibility.

What kind of action media exposure galvanizes also depends on how the State responds. The irony was that while foreign nations responded with assistance, the Indian State took to suppression. By the fourth week of April, Twitter was hastening to take down tweets critical of the Modi government’s handling of the second wave. A Twitter account called “Watch the State” shared curated stories from district hospitals and cremation grounds across states. Twitter temporarily restricted the account, twice in one week. Facebook temporarily blocked posts calling for the prime minister’s resignation and then said it was a mistake.

Today, there is a rural livelihood story and a rural Covid story, the former with greater long-term implications. Both had remained largely invisible until bodies washed up on the banks of the Ganga as another grim pointer and brought reporters rushing.

But something is changing. While both health and labour correspondents are rare species in the media world, Covid’s rural spread has helped to mainstream issues such as health infrastructure so that television channels and newspapers alike are fanning out to districts in Uttarakhand, Uttar Pradesh and elsewhere to report. Even as the UP government has threatened to use the National Security Act and the Gangster Act against anyone trying to spread fear and panic during the pandemic.

Problems such as primary healthcare centres not having Covid testing facilities in many states or ill-equipped Asha workers being despatched to identify symptomatic persons without either protective gear or testing tools are emerging out of their earlier invisibility. But, ultimately, media agenda setting will only work if the exposure is sustained and governments respond positively. Both seem like a very tall order at this point.