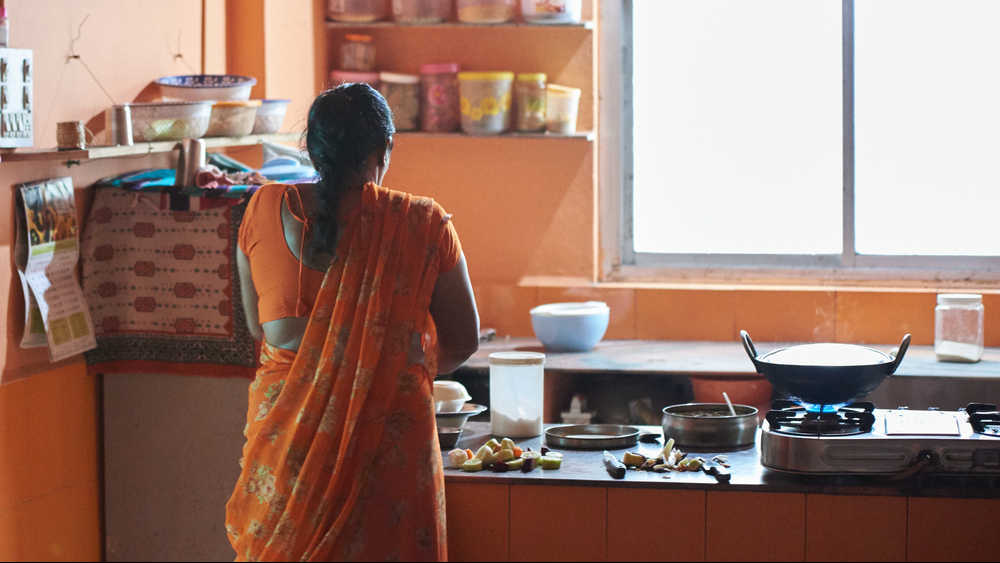 Women’s domestic labour has been getting judicial recognition as well as political endorsement. In January, the Supreme Court emphasized the fact that the value of a woman’s work at home is no less than that of her office-going husband. Compensating women’s domestic work has now found support among political leaders such as Shashi Tharoor and Kamal Haasan. It was even part of the seven-point agenda of the latter’s party for the Tamil Nadu polls. Such support is not entirely altruistic; it is tied to the spike in the importance of Indian women as a voting constituency. A 2019 study found that women voters have not only increased — the number of women voting in the 2000s rose to 883 for every 1,000 men from 715 to every 1,000 men in the 1960s — but they have also had a notable impact on re-election outcomes. This was evident in the results of the 2019 general elections. Narendra Modi won considerable support from women voters. Another reason for the new-found support for wages for domestic work was the redistribution of traditional division of domestic labour during the lockdown. With men being forced to lend a hand at home in the absence of domestic staff, there was some appreciation of the need to compensate women for their chores.

Recognition and appreciation by the powers that be need not guarantee meaningful change. For the latter to take place, women must have an equal stake in devising policy concerning their roles and rights. This, however, remains a pipe dream; the representation of women in Indian politics declined sharply from 23.1 per cent in 2019 to 9.1 per cent in 2021. The women’s reservation bill has been awaiting passage in Parliament for more than a decade. The absence of women in institutions of influence has led to other blind spots. There has, for one, been an alarming drop in the participation of women in the nation’s labour force; from 30.3 per cent in 1990, it plummeted to 20.3 percent in 2020. Social conservatism — women often leave the labour force so that they can perform household work — gender bias at the workplace, poor wage rates, absence of maternity leave and the lack of safety are some of the causal factors. Reversing the declining labour participation rate among women requires simultaneous interventions at multiple levels — greater enrolment of women in education, supportive families, sensitive legislation that secures employment guarantees and so on. But all of this can happen if the scale and the layers of the challenge are recognized first.