Advertisement
Home / Opinion / State of the economy: Beyond hiccups

State of the economy: Beyond hiccups

The power of Keynes’s multiplier process is not absolute 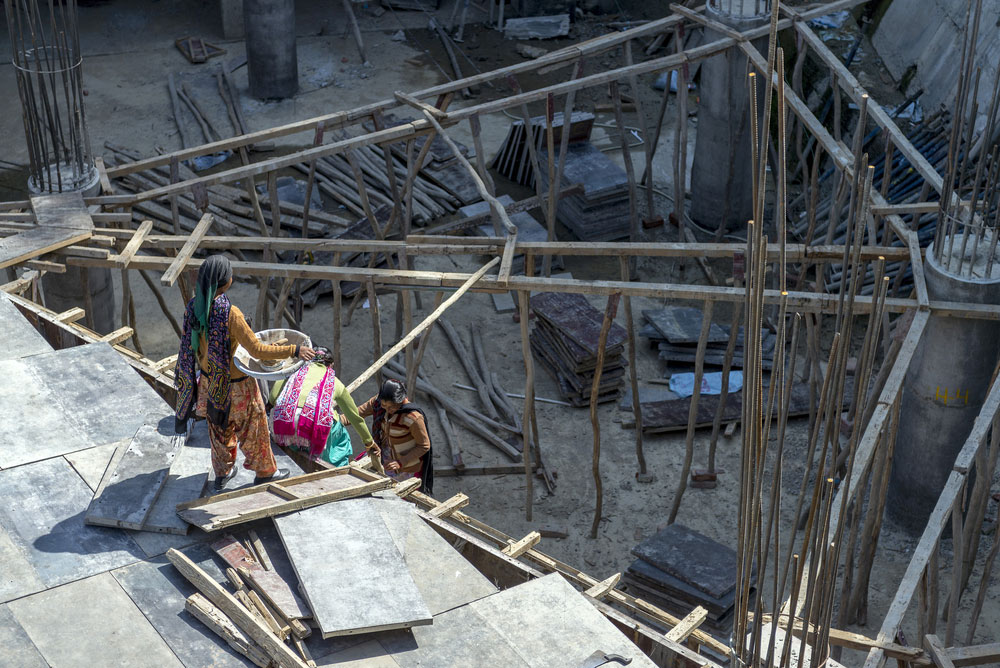 Even if short-run growth were to pick up therefore, through whatever means this goal may be achieved, it is likely to be characterized by joblessness.The job losers will mostly be unskilled workers or people whose families lack the wherewithal to purchase the super expensive education of our times.
(Shutterstock)
Dipankar Dasgupta   |   Published 30.12.19, 06:59 PM

An eminent economist observed recently in a national daily’s blog that in spite of the Indian economy’s periodic hiccups, there is no serious threat to the system. “[H]istory,” he asserts, “should give us some pause as we assess the prospects of (the) Indian economy in the medium to long run. There is no denying that the economy is going through a rough patch. But let us not forget that we have been here before. There is absolutely no reason for the panic …

“At the heart of the current slowdown is the process of cleaning up non-performing assets... As the cleanup process progresses... growth is bound to pick up. In the meantime, the government should remain focused on its long-term reform agenda.”

The advice to the government to concentrate on the long run even as the economy appears to be gasping in the immediate present is reminiscent of the following, much quoted, remark by John Maynard Keynes in his A Tract on Monetary Reform. “But this long run is a misleading guide to current affairs. In the long run we are all dead. Economists set themselves too easy, too useless a task if in tempestuous seasons they can only tell us that when the storm is long past the ocean is flat again.” The Tract was published in December, 1923, well before the onset of the Great Depression that produced Keynes’s all-time classic, The General Theory of Employment, Interest and Money (1936), a work that was concerned primarily with treatments of short-run problems afflicting free market economies.

The remedy Keynes suggested to resurrect ailing economies firmly emphasized the need for demand generation, primarily through public expenditure. In fact, he had explicitly questioned the effectiveness of monetary policy, such as interest rate reductions, to induce borrower-driven private spending to restore economic health. A lower cost of investment, he pointed out, was unlikely to stir up investment sentiments in a gloom surrounded economy.

The ineffectiveness of interest rate reduction has been amply demonstrated in the Indian case, since a series of repo rate cuts by the central bank has failed lately to prop up the growth rate. At the risk of missing out on the government’s fiscal deficit target therefore, many have suggested an urgent increase in government expenditure to boost production and flag off economic growth.

Direct government expenditure accrues as income to the private sector engaged in producing government demanded goods and services, assuming, of course, that demand is not met from unsold inventories of past production. These incomes, in turn, induce further private consumption expenditure, additional production and income and, hence, more consumption expenditure and so on. Keynes, as is well-known, termed this the multiplier, since the initial government spending creates a multiplied increase in expenditure and income. Most importantly, it increases production and short- term growth of the gross domestic product. Such increments in short- term growth rates, if sustained, average out into healthy medium-term progress.

The power of the multiplier process depends, though, on the strength of the propensity to spend out of income. If the propensity is weak, then the government expenditure may not have any significant impact. It is in this context that Michal Kalecki, a Polish economist, had an important message to deliver. Kalecki was several years younger to Keynes and a relatively unknown figure in the dominant English- speaking world of academic economics. However, he had anticipated the Keynesian theory described above, a fact that he himself pointed out in his Selected Essays on the Dynamics of the Capitalist Economy 1933-1970, an English translation of his works published by the Cambridge University Press in 1971. In the Introduction to the book, he writes that it includes “… three papers published in 1933, 1934 and 1935 in Polish before Keynes’s General Theory appeared and containing... its essentials”.

Kalecki, given his neo-Marxian background, had a version of the multiplier theory that was more illuminating than the one proposed by Keynes. He pointed out that in a capitalist economy, production generated two primary income forms — profits and wages. Profit earners typically represent richer sections of the economy, while wage earners constitute the poor. The poor tend to spend most of their incomes on consumption and save little, thereby adding strength to the multiplier. In contrast, consumption expenditure by the rich has a dubious connection at best with current incomes. These are largely independent of the inflow of extant profits or other incomes, most of which they save. For the expenditure income stream to have a powerful impact then, production technologies should be labour intensive.

Paradoxically enough, this implies that a blind reliance on bouts of government expenditure may not solve our problems either. What with the incredible pace of technological advancement, production processes are guided increasingly by artificial intelligence. Not that the latter is totally divorced from labour, but the quality of labour it depends on is fundamentally different from the labour that Kalecki or Keynes may have had in mind in connection with the multiplier process. India’s labour force is large (exceeding 400 crore, according to some estimates) and a vast majority of it is trapped in the informal sector. They are often referred to as unskilled labourers, not because they lack training per se, but on account of the fact that they are unexposed to the might of modern technology. The situation is ironic, since institutions such as the IIMs, the IITs and others produce graduates who are skill wise the envy of many developed nations in the world. Such highly educated workers do not lack employment opportunities. Besides, they belong to the affluent classes and resemble, expenditure propensity wise, the capitalists far more than Kalecki’s workers.

Even if short-run growth were to pick up therefore, through whatever means this goal may be achieved, it is likely to be characterized by joblessness. The job losers will mostly be unskilled workers or people whose families lack the wherewithal to purchase the super expensive education of our times. Under the circumstances, the West Bengal chief minister’s latest call for investment by micro, small and medium enterprises could well address a part of the unemployment problem, given that these industries are still dependent to an extent on low- skilled, labour-intensive technologies. However, it is not clear if those same MSMEs will have any major impact on the GDP growth rate.

The blog we started off with assured that history didn’t support a pessimistic view of the current state of the economy. Let us end up too with a historical digression. During the 1920s, the US stock market expanded rapidly, reaching its peak in 1929. Simultaneously, production declined and unemployment rose. The eventual market collapse was accompanied by struggling agriculture and large bank defaults. Economic subsidence in many other parts of the world shared similar features.

It is absurd surely to locate signs of a recession in India’s slowdown, leave alone the Great Depression. Yet, the situation is worrisome. The banking sector’s stressed loans have exceeded 12 per cent of total lending, the output of 8 crore industries has contracted, food inflation has spiked and consumer expenditure is limping. Lastly, the stock market dances joyfully as the GDP growth rate continues to decline.

Merrier events hopefully hide in the womb of the future. Till then quo vadis?

Soaring stock indices will not improve the health of the economy