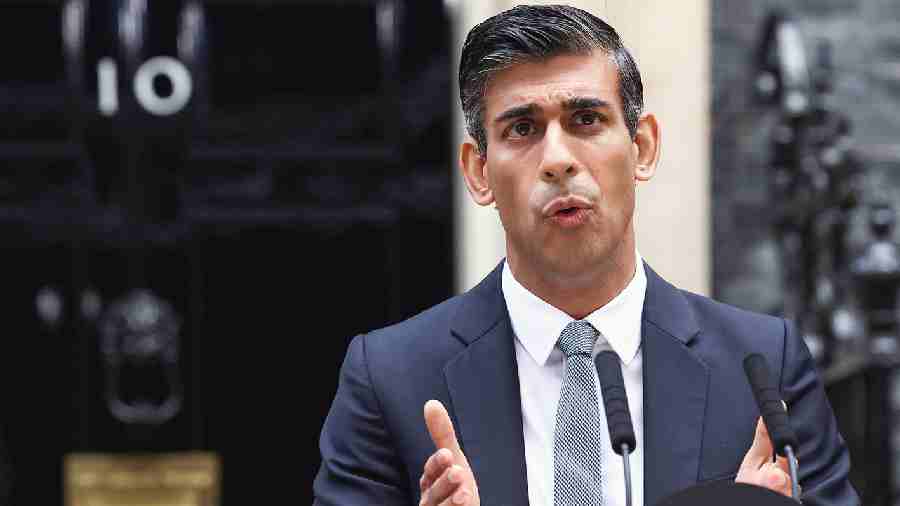 If some Britons talk fancifully of turning their country into ‘Singapore-on-Thames’, N.R. Narayana Murthy must know it’s even more far-fetched to think of India ever aspiring to similar glory. He would not otherwise have rejected for himself the political role that Singapore’s Lee Kuan Yew suggested although he did recommend it to Rishi Sunak some 15 years later.

Not that Infosys’s founder-chairman was wanting in respect for the veteran Singaporean. On the contrary, he gushed when they met, “I have two heroes, one is Mahatma Gandhi, and the other is you!” But as Lee told an Indian businessman who had flown to Singapore from Bangalore to seek his advice on giving up business “to do something for his country”, Narayana Murthy just laughed when he asked, “When will we have people like you going for elections?” Convinced that he could ‘transform India’ by multiplying Infosys’s culture of excellence and creating jobs for everyone, Lee sought a polite explanation for the billionaire’s refusal to be drawn into politics. “He knows that India’s gargantuan bureaucracy moves in a very measured elephantine way… so, thinking it over, it would have been quite a sacrifice for him trying to change things.”

Lee knew Britain and Singapore. Narayana Murthy knew India and might even have echoed the opinion attributed to the late Dhirubhai Ambani in an apocryphal story involving the Australian-born media magnate, Rupert Murdoch. Seeking an opening for Star TV, Murdoch apparently told the Reliance Industries founder that he had met India’s prime minister, external affairs minister, and other worthies in high places. “Ah, you’ve met all the right people,” Ambani replied, “but if you want to get anywhere in India you must meet all the wrong people.”

It’s a less tricky climb in Britain which explains why the vaunted first Hindu prime minister attributes his political ascendancy to his father-inlaw. Sunak told supporters that having “created one of the world’s most successful companies”, employed hundreds of thousands of people and changed the way the world perceived India, Narayana Murthy “felt that you could have more impact through politics than through business.” Sunak regarded “business and philanthropy” as the prime movers of change. “No” contradicted his father-in-law. “If you want to have an impact on the greater scale, the way to do it is through politics.” Which in India means courting “all the wrong people”.

No appraisal of an exchange between two persons who have climbed to the top of their respective ladders can afford to be ingenuous. Talleyrand’s “speech was given to man to conceal his thoughts” applies especially to politicians, whether Rajendra Prasad affecting to be hurt at the suggestion that he had set his heart on becoming the Indian Republic’s first president or Narendra Modi with his facetious  “Hum toh fakir aadmi hai, jhola utha ke chal padenge.”

Sunak probably worked out that his teetotal vegetarianism, the red thread round his wrist, taking oaths on the Bhagavad Gita, cow worship, lighting Diwali lamps and other little fads that his office hasn’t yet leaked to the media would not damage his political prospects. In fact, they are endearing enough to enhance his exotic appeal in a formally Anglican kingdom whose monarch sometimes greets guests with a ‘namaste’. If the British hadn’t loved ethnic eccentricity, they wouldn’t have made someone of Circassian Turkish descent whom Ankara newspapers dubbed “Ottoman grandson” prime minister. Whether Sunak’s ancestry at all shapes his perceptions is a moot point. Setting aside Macaulay’s much-quoted hyperbole about race and taste, the author of the Minute on Education was convinced, as he wrote to his father in 1836, that “no Hindu who has received an English education ever remains sincerely attached to his religion.”

Yet, Sunak must also feel that Britain’s popular national rituals — Christmas or Guy Fawkes Day, for instance — are not part of his heritage. Like Suella Braverman, he may say and even believe that East African Asians (as they were called) moved to Britain because of the British values they admired, but truth to tell they had nowhere to go even before Idi Amin’s brutal ultimatum. The only other country on which they had a claim was the India they had abandoned because it did not further their ambitions even though India then badly needed their skills and industry. Since this was not even considered, India could have washed its hands of its renegade offspring. Instead, Indira Gandhi’s government moved heaven and earth to force Britain to honour its devalued colonial passport and take in what Braverman calls the lost children of empire.

That enigmatic stand, against which London fought tooth and nail, possibly wasn’t only altruism: it probably reflected New Delhi’s determination to pay off old scores against Whitehall. I lived in London then and went to see David Ennals, later Lord Ennals, a junior home office minister under Prime Minister James Callaghan. “India’s got us by the short and curly” he snapped, “and won’t let go!” That tenacity also confirmed something that is always officially denied but which explains Braverman’s opposition to an ‘open migration policy’ under the proposed free trade agreement with India. Determined like all older immigrants worldwide to ensure that too many newcomers don’t crowd the gangplank, she looks beyond the rhetoric and knows that although successive Indian governments ever since Jawaharlal Nehru’s have sworn themselves blue in the face that exporting manpower is repugnant to their ideals, that is precisely what they have sought and still seek, no matter how it is phrased. Moreover, as with Samuel Johnson’s Scotchman, and despite stiff competition from New York and San Francisco, the one-way flight to London still remains the noblest prospect for many educated urban Indians.

Sunak’s response to this aspect of the FTA may be crucial for his political future. So will next week’s budget with its threat of spending cuts and new taxes running into billions of pounds. He has been forced to make unpopular ministerial appointments to placate lobbies. His off-again onagain attendance at the CoP-27 summit in Sharm el-Sheikh seemed to rival the drama of Hu Jintao’s exit from the Chinese Communist Party’s 20th Congress. More to the point, Conservatives bitterly resent the idea of pouring money into developing countries as compensation for climate change.

Sunak is on shaky ground. Liz Truss was selected by a majority of the 160,000 Conservatives throughout the country. Boris Johnson won a national election even if psephologists quibble that taking into account voters who didn’t vote, he owed his victory to a minority of voters. But a flawed mandate is better than no mandate and Sunak is the nominee of only 356 (if that) Conservative members of the House of Commons.

Despite all this and whether or not Sunak survives, by appointing an ethnic Indian prime minister while the admittedly foreign-born but ostentatiously Indian Sonia Gandhi dared not claim her electoral right, Britain has shown that it is civilisationally far ahead of an India that is retreating behind the blinkers of the ritual mumbo-jumbo of just one religious group. India is not only corrupt, lawless and polluted; it is becoming increasingly bigoted. Allahabad is now Prayagraj and Lansdowne will be Ka lon Danda while even Egypt honours Alexandria, its second largest city.

This new intolerance may even be tainting the country that gave India the parliamentary democracy in which it takes such pride. HinduMuslim unrest in Leicester, the House of Lords’ concern about discrimination against British Dalits, and dark references by Indian diplomats in London to the Labour Party being in thrall to Pakistanis indicate an overseas dimension of the fanaticism that is the subcontinent’s undoing. Statistical evidence of the rising number of ethnic Indians means that the trend will be aggravated. If this results in one day fulfilling some variant of Enoch Powell’s grim forebodings, that really would be the pre-enlightenment empire striking back.