With Mongolia's president in India, some trade agreements may be signed but soft power linkages must proceed autonomously 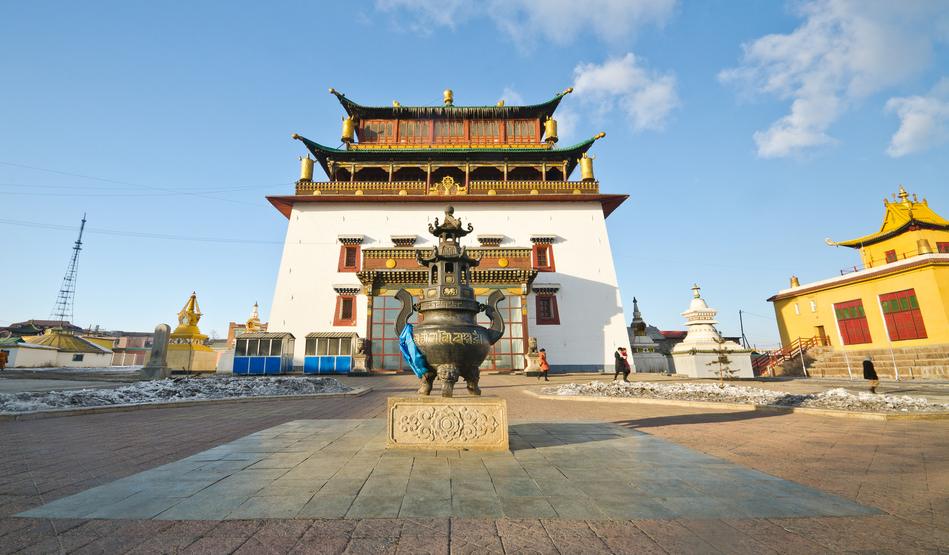 That Delhi Cantonment has a long road called Ulaanbaatar Marg seems quite intriguing. I don’t know whether, like the Murree Gate, the Kashmiri Gate and the Lahori Gate in the old city, this is an old name that has persisted in the new city, or like the streets named after Josip Tito, Archbishop Makarios and Gamal Abdel Nasser, is a feature of post-Independence non-aligned/Third World diplomacy. Whatever the historical reality — and I am tempted to believe that this is an old name that has somehow survived — Ulaanbaatar is a very long way from Delhi.

It took me nearly 17 hours — which included a seven-hour wait at the airport in Seoul — to get from Delhi to the capital of the country that used to be called Outer Mongolia, distinguished from Inner Mongolia which is a part of China. The journey would have been a few hours shorter had I chosen to fly via Hong Kong. However, with the troubles in that city occasionally spilling over into the airport, the travel agent advised against an incremental surge in the quantum of adventure.

Ulaanbaatar is a very long way from the dusty plains of Hindustan. Before motor and air transport entered the picture, it must have taken the horse and camel caravans nearly two years, including a forbidding journey across the great Gobi Desert, to get from Delhi to Ulaanbaatar. Even the mighty Genghis Khan, the redoubtable 13th-century warrior whose empire extended from Ukraine and Georgia in the west to China, including much of Central Asia, stopped at the gates of India. At one time, after his conquests of Bukhara, Samarkand, Tabriz and Bamiyan, not to mention much of China, his Mongol chiefs had contemplated a military expedition to India. However, if a modern historian is to be believed, the mighty Genghis vetoed the swoop on India because he couldn’t bear the soaring summer temperatures. Timur or Tamerlane, who married into the Genghis Khan family, realized that Mongol dream in the 14th century in a spectacularly brutal way. However, it was Timur’s descendant Babur who brought the tradition of the steppes into India by founding the Mughal empire which endured till 1857.

The tradition of pan-Mongolism, which appealed to many Asian nationalists in the late-19th and early 20th centuries, sought to link the outposts and the subsequent history of Genghis Khan’s huge empire by a common thread. While this is an interesting narrative that once served as a counterpoint to European domination, the commonalities are very tenuous today.

I was in Mongolia for a two-day Hindu-Buddhist dialogue on conflict avoidance and the environment. It was held at the imposing Gandan monastery (picture) in the heart of Ulaanbaatar and graciously hosted by the Khamba Lama, who occupies a pivotal place in the unofficial hierarchy of Buddhist monks in Mongolia. The Gandan monastery — which now boasts a new central temple built by the government of India — has a chequered history. Following the anti-Buddhist purges of the 1930s by the communists, most monasteries were either closed or destroyed and the priceless manuscripts and artefacts either destroyed or stolen. Buddhism was outlawed and nearly 30,000 monks were killed. Gandan survived because the communists needed a token monastery to show visitors that religious practices remained undisturbed under socialism.

Six decades of regimented communist rule had a catastrophic effect on the character of the Mongolian people. Apart from the loss of invaluable treasures, it snapped a tradition of classical learning that had been shaped by the Buddhist inheritance of Tibet and even India. But more than the scholasticism of the monks, the attempt to secularize Mongolian culture left a huge cultural void, particularly among the generations who felt uprooted.

Today’s Mongolia is a study in contrasts. Outwardly, there is a country with imperfect infrastructure, international brands, an excess of SUVs and absolutely infuriating traffic jams in Ulaanbaatar. This is not to mention the pollution in the city. However, existing on a parallel track is the world that is sought to be preserved and lovingly nurtured by the Buddhist monks in monasteries such as the Gandan or even the Pethub Stangey Choskhorling monastery established by the great Ladakhi spiritual leader Kushak Bakula Rinpoche in 1999. Kushak Bakula served as India’s ambassador to Mongolia from 1990 to 2000 and played a seminal role in recovering Buddhism for post-communist Mongolia.

Buddhism in Mongolia is more than just a spiritual and religious tradition. It is the link between its past and present and exists as an upholder of the Mongolian way of life. Genghis Khan was not a Buddhist. Like other herdsmen of the steppes, he worshipped the open blue sky and had a special veneration for Mount Burkhan Khaldun near the Siberian border — an area that till recently was considered out of bounds because it was the sacred space of Genghis Khan. Yet today, this national hero of Mongolia whose imposing statue looks over the main square of Ulaanbaatar has been incorporated as a key spiritual figure in the Mahayana Buddhism of Mongolia.

The seamless merger of spiritualism, history and the Mongolian way of life is quite striking. Coinciding with the conference, the Gandan monastery also hosted a Naadam — the traditional games that centred on archery, wrestling and horse riding. The sporting events were preceded by an elaborate ritual of traditional dance and music aimed at invoking the gods and driving out the evil spirits. The musicians and dancers were professional artistes. As the Khamba Lama explained to me, they were monks who had spent the preceding six days in prayer and meditation — the necessary preparation for the event.

The event was conducted in a stadium with a striking backdrop. There was a gigantic hand-embroidered tapestry of Vajrasena and below that was a depiction of a serene Genghis Khan who is also venerated as a spiritual guide. The stylized dance was performed by monks dressed in traditional Mongolian finery and masks. It is interesting to note that the elaborate use of silk dates back to the 13th century and Genghis Khan’s subjugation of kingdoms in China. Prior to that, Mongolian tribesmen had been bereft of luxuries and were dependent only on animal skin and fur.

In the outer circle of the pageant were those dressed up as gods who were the protector of the elements — a throwback to some features of Mongolia’s pre-Buddhist faiths. These included at least three figures that have a place in Hindu mythology: the elephant-headed Ganesh, Saraswati and Yama represented by two walking skeletons. The ceremonial burning of the evil spirits in a huge bonfire was an elaborate affair in which all the important monks, including the Khamba Lama, participated.

I did not stay for the entire Naadam which stretched into the late evening. However, what was amply clear is that organized Buddhism in Mongolia had evolved well beyond concerns of the personal salvation of the monks. In the post-communist world, where the country now boasts a reasonably vibrant democracy, religion has extended to upholding the traditional Mongolian way of life and, equally important, Mongolian nationalism.

India enjoys a tremendous goodwill in Mongolia. From today, the Mongolian president, accompanied by the Khamba Lama, is visiting India. Of course, there will be the usual agreements on trade and services — we can be a major market for Mongolia’s evolved cashmere knitwear industry, and they can benefit from India’s information technology services and scholarships to students. However, the soft power linkages between the two civilizations must proceed autonomously. Foreign policy must incorporate a civilizational dimension.

The Brahmaputra as a new model of democracy and development