The Brahmaputra as a new model of democracy and development

I am surprised that people call Ganges a river. A river with 600 dams across it cannot be a river. It does not flow, it stumbles. 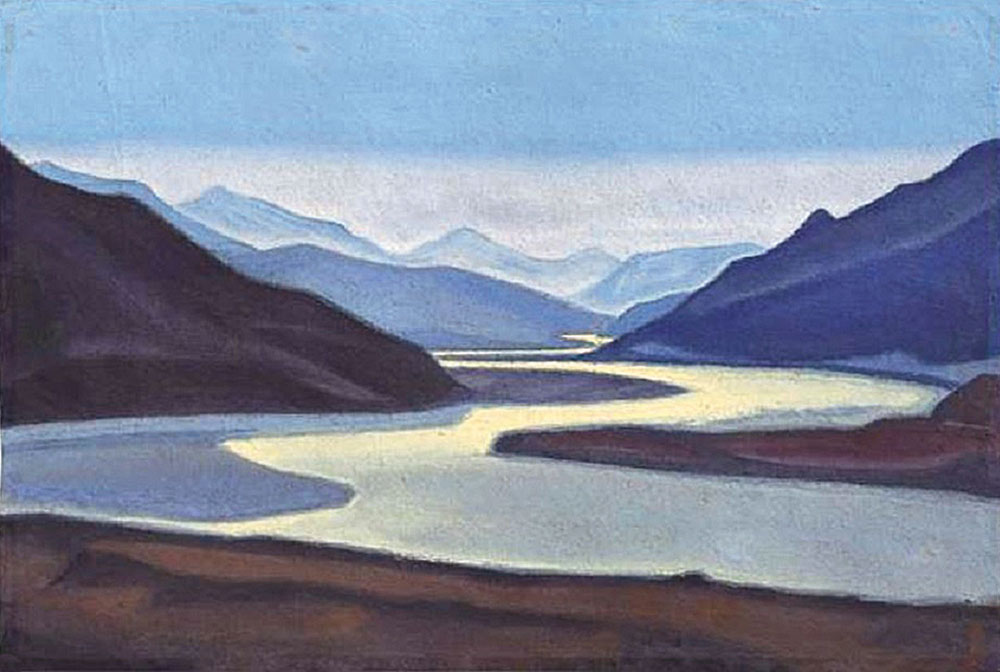 A river is a rite of passage, a flow of narrative few men understand. It connects past and present, upstream and downstream, links creation myths to everyday history. A river is a composite of time in a way Heraclitus did not understand. You cannot step into the same river twice because I am never one at any time. I am composite, a collage. I have no one form because I am so many incarnations. It is crucial to understand the link between time and the river because I am not past, present or future. I am each of them and all of them simultaneously. It was Raimundo Panikkar in his Rhythms of Being who understood time and the river when he says this narrative does not take place in linear time but it is Kairological, I am simultaneously past, present and future. I only make sense in the simultaneity and multiplicity of time.

Unlike the Ganges, I am not Hindu. I am more a dialogue of religions, a mosaic of creation of myths. All religions from Buddhism to Hinduism to all the animisms treat me not as a possession but as a commons of imaginations. I am a perpetual combination of elements, both eternal and perennial. To recognize me you have to announce all the thousand names that I carry along. The very names testify to my diversity. I am Tsangpo, Narichu, Tanjoo Khampa, Tamyak, Sangchen, Chimbo, Siang Dihang, Shyama, Sema, Singla, Tilao Taluk. To summon me you have to name me and in naming me you add to my diversity. Other rivers feel confused with a few names, but it’s my diversity of names that makes me belong to all and no one. I am the Brahmaputra. I sometimes wonder why there is no Linguistic Survey of Rivers. As I flow, cascade, grumble, I become a thesaurus of words, a flow of imaginations. With my tributaries as dialects, I am a cornucopia of languages. I translate myself so I am, a perpetual flow of imaginations. Christian gods never understood language caught between monolingualism and monotheism. Their oneness distanced by the many, my oneness summons the many. I am multilingual, multicivilizational, multinational so that I am.

The river was nature’s first novel feeding on folklore and myth. Even my colour has its own creation myths. My name is associated with the great sage Parasurama who, after committing matricide, washed his hands in my waters. Lohu is literally in the thick blood which stains me. More secularly, during the rains my waters have a ruddy tinge, because of a heavy sediment of red soil. My gender as one of few masculine rivers evokes my size, the mascularity of my currents; I am mammoth in size and gargantuan as an imagination. Yet for all my sacredness and masculinity, I lack the purity of the Ganges. I am more sacred for the tribals, for the ethnic communities. In many ways, I am a synecdochal river as my tributaries stand for me. There are a few creation myths about me in folk mythology, I am my tributaries. Part for whole, many instead of one, I command a different kind of comprehension, my tributaries helped to scale me. Thus, for all the tribals, I am a smaller river. I emerge more as a modest collection of folk tales than one dominant creation myth. I am the only river scaled down by folk tales to the insanity of localities. A cascade of folk tales adds up the river of myth. I am a quilt patch of folk tales rather than one monstrous myth. There is a message there, the gods realizing my size scaled me down from one Aryan myth to a collection of local folklore. I become modest through my folk tales, more human as I flow through different localities. The modesty of my narrative has to be scaled up to sense the gargantuan power in me. It is a game gods play with rivers.

One of the biggest problems a river faces is not the people who live by it but those who study it. As Panikkar says, you live a myth. You take it for granted. Its familiarity is you. It is a horizon. Logos demands rationality, science and I always eluded the scientist as explorer. For him a river is landscape. It demands the contours of objectivity, history and measure. Explorers never understand a river; they only measure it. For them a river is not a labyrinth, a mystery, it is a puzzle which must be solved if I am to be left at peace. Orientalism, at least, left behind a sense of mystique while geography turned the river into an anatomy class, skeletal, vertebral and a trifle prosaic. Finding my origin is the stuff of a National Geographic class, the explorer bores me. Yet it creates the stuff of storytelling from James Hilton to the lost myths of Tibet. A confusion of geographers adds to the myth of the river. For the British I was an obsession. Controlling the Brahmaputra meant controlling the people who lived along the river. This idea that conquest and knowledge go together I find loathsome. They created their own chimeras, that the Brahmaputra originated in the tallest waterfall in the world. Geography fails as an attempt to sanitize myth; a river must be allowed to retain its riddles. A sense of the elusive is important for civilization.

I am surprised that people call Ganges a river. A river with 600 dams across it cannot be a river. It does not flow, it stumbles, as Swami Sanand, the one-time dean of civil engineering at IIT, Kanpur points out. A river needs to flow unimpeded, without the punctuation marks of pollution and progress. The Brahmaputra has to offer a new model of democracy and development.

There is one myth that India does not understand. If Ganges is a myth of unity, I the Brahmaputra, embody the polysemy of diversity. I am my 57 tributaries in the north bank and 33 on the south. As a highway of migration, I am a melting pot, not the way the Americans understand it. I am a multiplicity of races, tribes, ethnicities, ecologies. To talk about me you have to enact me, and in enacting me you enact the differences that make me. I am my differences. I offer no cheap consolations of unity or uniformity. You cannot map the ethnic migrations around me like geological layers. I am a fraternity of differences, dialogues, livelihoods, ecologies. Any river is a metaphor, I offer myself as a metaphor for India. In my differences I am. No national anthem, no myth of Ganges can capture that. As difference in motion I sustain myth while I create history. The Northeast is not a margin. It evokes the centrality, the power of a new myth of India which South Asia needs. To ask for less is to suffer for a rivulet of thought as the most gigantic of rivers flows by.

The colour of woe