Cybertools are making inefficient authoritarian regimes more frail, but they're making efficient ones even more efficient 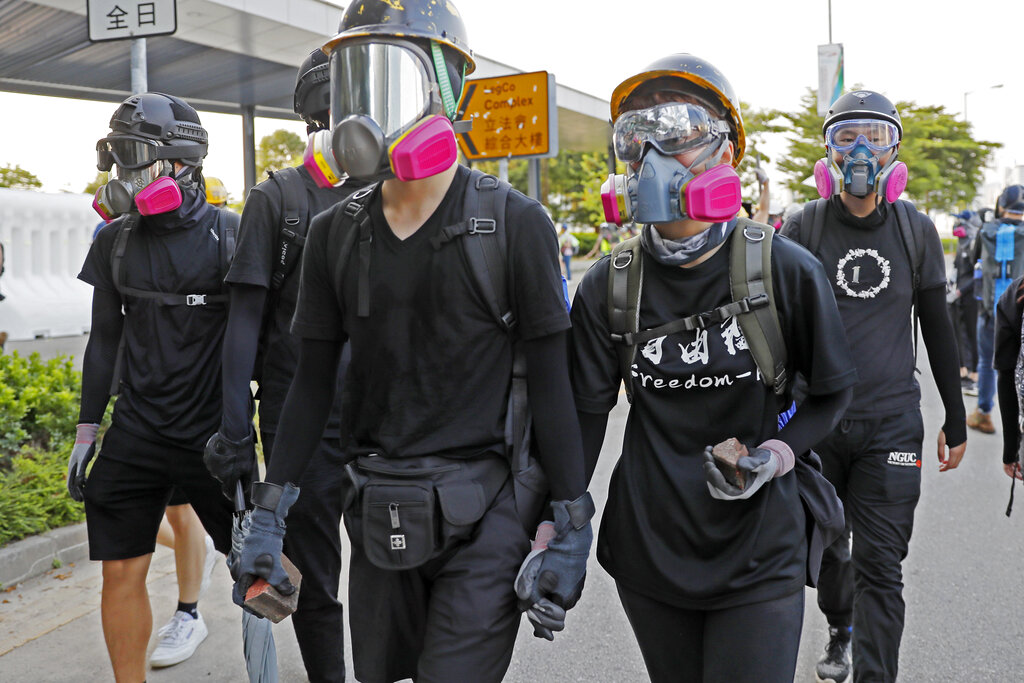 Pay attention to Hong Kong. The three months of protests here speak volumes about the state of democracy today — how the human quest for freedom can’t be snuffed out, even by the most powerful autocratic systems, and how hard it is to turn that quest into lasting change in the age of Twitter when everyone is a leader, a follower, a broadcaster and a critic, and compromise becomes nearly impossible.

Yes, Hong Kong reminds us that people — God bless them — have both bodies and souls. And the great mistake that autocrats regularly make is thinking that they can thrive indefinitely by feeding just the first and not the second.

While the Hong Kong protests have been fed by many grievances, including income gaps and shortages of affordable housing, the hot molten lava of this volcano is that many Hong Kongers self-identify as free men and women and they viscerally reject the ruling bargain the Communist Party has imposed on mainland China and would like to impose on Hong Kong: To get rich is glorious, but to speak your mind is dangerous.

The anticipated and hoped-for trend toward more openness in mainland China has been aborted and reversed since Xi Jinping came to power in 2013, when he cracked down on both corruption and even mild dissent, and then, in 2018, made himself president for life.

That unmistakable cold breeze from Beijing, where people now don’t even whisper dissent, with cameras and microphones everywhere, has wafted down to Hong Kong. And the youth here in particular are pushing back with a don’t-think-for-a-second-that-you-can-bring-that-muzzle-here ferocity. That’s not who we are!

One protest banner said it all: “Sorry for the inconvenience. We are fighting for the future of our home.”

Bonnie Leung, a Hong Kong district counselor and an activist in this protest movement that proudly proclaims that it has no leader, put it to me like this: When Hong Kong was directly ruled by Britain, a democracy, “we knew their political system and that they were just not sharing it with us. With China, we know their system and we want protection from it. We can’t live in a society where people like Liu Xiaobo” — the Chinese Nobel Peace Prize winner and democracy activist — “could be arrested and die in jail.”

After a decade of democracy being snuffed out around the world, Hong Kong is part of a fragile but unmistakable counter-trend seen in places like Russia and Turkey, where people are using any sliver of freedom of expression or vote to push back on the humiliation of being silenced or bought off by dictators. Just when you think people’s souls have been crushed, they’ll still surprise you.

But working against that is another global trend apparent here: the contradictory effects of social networks on political movements. Facebook and Twitter make it much easier to get lots of people into the streets fast. But when everyone has a digital megaphone, it is much harder for any leader to aggregate enough authority not just to build a coherent set of demands but, more important, to make compromises on them, at the right time, to transform street energy into new laws.

So, the Hong Kong protesters proudly proclaim they have “no leader” and insist on their five crowdsourced demands — and “not one less.” Those demands include universal suffrage to elect the city’s administrators, an investigation of police brutality and amnesty for arrested protesters.

Medical workers display their palm with five fingers, signifying the five demands of protesters and chanted slogans as they stood in the foyer of the hospital before moving to different floors of the building at the Prince of Wales Hospital in Hong Kong on Monday, September 16, 2019
(AP Photo)

But no movement will get 100% of what it wants, especially in Hong Kong, which is actually one country, three systems. There’s Beijing, the sovereign power. There’s the conservative pro-Beijing Hong Kongers, who dominate the local administration and accept the limited democracy rules inherited from Britain. And there’s the more urbanized, full-democracy-aspiring, internet-savvy youth in the streets.

The only possible outcome is a compromise. But as South China Morning Post columnist Alex Lo argued in a Sept. 11 article, Hong Kong protesters are being hobbled by the same social networks that got them their large crowds: Because there is no leadership, there is no ability to cut a deal, and anyone who tries to compromise will get torched online. These modern movements are crowdsourced but also crowd-enforced, and that’s intimidating for anyone who wants to make a deal.

“Worldwide trends usually take a few years to reach Hong Kong,” wrote Lo, and “our social media-driven revolution that has fueled the current unrest is no exception. ... But from Gezi Park in Istanbul to Tahrir Square in Cairo, revolutions and rebellions driven by social media have all ended in failure.”

Because Hong Kong’s protests “encompass and amplify practically every major grievance people have about their government, society and China,” Lo added, “it’s impossible to bridge disagreements and present a viable political program. The only common denominator, the lowest, is that everyone hates China.”

My view: Social networks and cybertools are making inefficient authoritarian regimes more frail, because the people now have more tools to communicate and take on the state. See: Egypt, Jordan, Turkey and Russia. But they’re making efficient authoritarians even more efficient. See: China. And they are making democracies ungovernable, because they facilitate not only the “end of truth” but also “the end of compromise.” See: America, Brexit and Hong Kong.

To compromise means, at a maximum, to forge new common ground, to find areas of overlap, where opposing sides can stand together and, at a minimum, each side takes a little less of what it wants in order to just coexist. But both are becoming harder under the intense pressure of online-enabled extremists.

As my New York Times colleague Keith Bradsher has noted, the last time major street protests in Hong Kong broke out was in September 2014 — ironically after an Aug. 31, 2014, decision, approved by Beijing, to give the people of Hong Kong more say in how they chose their leaders.

At that time (and still today), a 1,200-member electoral committee, stacked with Beijing loyalists and more conservative farmers, businessmen and fishermen, chose the city’s chief executive. Beijing proposed on Aug. 31, 2014, to shrink that committee’s power to only choosing the candidates who could run — so no one overtly hostile to Beijing could take office — but then allowing all Hong Kongers to vote on the candidates.

It was not an awful compromise because even if Beijing controlled what names would be on the ballot, whoever would win the voting would likely be candidates who promised Hong Kongers the most democracy. In the current system, the winner of the most votes among the chosen 1,200 electors is often whoever makes the most promises to Beijing to twist the arms of Beijing’s friends in Hong Kong.

The compromise was rejected by the street in 2014 and it set off a two-month occupation of several Hong Kong neighborhoods, known as the “Umbrella Movement.” It demanded a “one man, one vote” system, with no obstacles on who could run — the only way to truly protect Hong Kong’s unique democratic identity.

I have huge admiration for the courage of Hong Kongers to defend their city’s unique character. But my head says that “perfect” is rarely on the menu and that better is good when facing an overwhelming power like Beijing. Imagine that the Aug. 31, 2014, compromise had been accepted. Mainland Chinese would be watching Hong Kongers vote directly for their leaders — albeit from a limited list — compared with mainlanders who can’t do even that.

“By insisting on all or nothing, the pan-democrats squandered a good opportunity to bring Hong Kong closer to the ‘true democracy’ to which they rightfully aspire,” observed Hong Kong investor and writer Weijian Shan, the author of “Out of the Gobi, My Story of China and America.”

So, when the tear gas smoke clears, two huge questions will still linger. Is “better” — the 2014 compromise — still on the table? And, if it is, is there a protest leadership that can say yes to it and make it stick?