The author of 'Tomb of Sand' has been a vocal and fearless advocate against divisiveness, a phenomenon that has been in ascendancy along with the corresponding rise in the saffron party's political fortunes 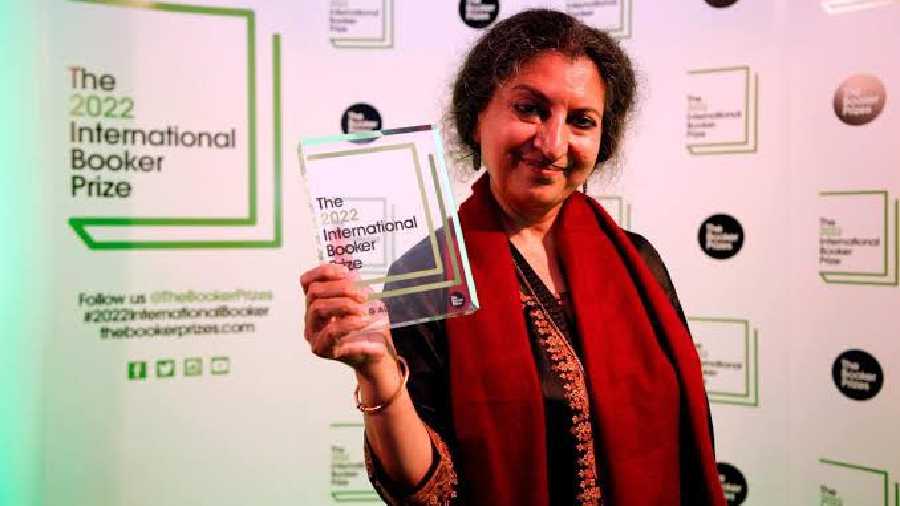 Sometimes, silence can speak a thousand words. Consider the hush that has befallen India’s right-wing political spectrum after India and the world were informed of Geetanjali Shree’s Tomb of Sand becoming the first novel in any Indian language to win the prestigious Booker Prize. The muted reaction of the Bharatiya Janata Party as well as that of the prime minister — one of India’s most loquacious leaders — is certainly mysterious. This is because Ms Shree’s book is written in Hindi — a language to which the BJP and Mr Modi are fervently attached. So much so that there are frequent allegations, especially from states with robust vernacular traditions, of India’s ruling regime plotting to impose Hindi on a multilingual polity. So why is it that Mr Modi’s government, which does not lose a single opportunity to flood the media with congratulatory messages when Indians taste success in a myriad fields, has chosen to mostly stay mum on Ms Shree’s singular achievement?

The reason perhaps has to do with Ms Shree’s beliefs and her politics. A product of the inclusive, progressive Hindi-Urdu literary tradition, Ms Shree has been a vocal and fearless advocate against divisiveness, a phenomenon that has been in ascendancy along with the corresponding rise in the BJP’s political fortunes. Her reflections on the weakening of the edifice of secularism after the demolition of the Babri Masjid as well as the riots in Gujarat are well-documented. In fact, Tomb of Sand has also been commended as a lyrical critique of division and borders — social, cultural and religious. Ms Shree’s sensibilities — she champions pluralism, the bedrock of Indian democracy — are unlikely to make her a favourite of India’s present rulers. This only goes to show that Mr Modi’s regime is peculiarly petulant. It is forever eager to shower praise and largesse on ideologues and yes-men whereas ideological or political adversaries are greeted with brickbats or, as is the case in this instance, silence. This government’s cherry-picking of Indian luminaries is, in turn, indicative of a deeper fallacy. Independence of thought or a contrarian vision is not looked at favourably by this elected dispensation. This constrictive attitude, apart from being petty, is inimical in a broader, civilizational sense. It can leave a dent in India’s intellectual tradition of diversity in thought.