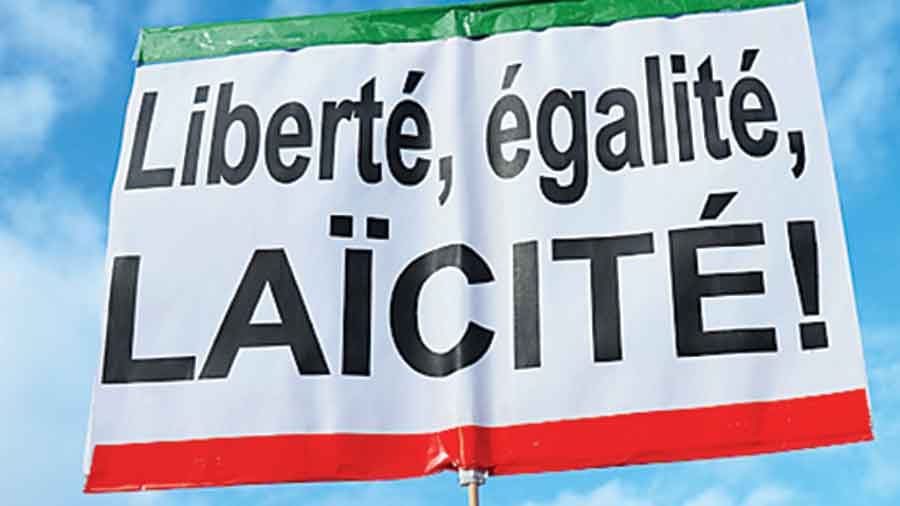 How safe are Europe’s democracies from the majoritarianism that nudged Myanmar into violent ethnic cleansing and China into the systematic dissolution of the Muslim Uighur? Europe is an interesting case in the contemporary history of majoritarianism. Europe is generally seen as the home of resilient democracies and Enlightenment values, so it’s useful to examine how resistant its nations are to the anti-minority politics in the ascendant in so many parts of Asia. In recent times in Myanmar and China, State discrimination and civil society bigotry have combined to create arguably fascist forms of oppression.

Two member states of the European Union, Poland and Hungary, have become notorious for State-sponsored bigotry. The EU has considered sanctioning these states for their anti-Semitism, their encouragement of homophobia and their trumpeted hostility to immigration in general and Muslims in particular. Their majoritarianism is similar to Myanmar’s: the religious identity of the majority has been weaponized to distinguish ‘real’ citizens from false ones. In Myanmar, Buddhism and its sangha were mobilized in the service of majoritarian identity; in Poland, we have Catholicism and the Church.

Important though they are to the politics of Europe, Hungary and Poland won’t determine its political direction. They are doubly marginal: they are part of the EU’s post-communist ‘eastern’ rim and they are latecomers; they joined the EU’s core countries twelve years after the Maastricht Treaty in 2004. The EU was the brainchild of France and Germany, the two countries central to the project of European unification, and it is the fate of France that will shape the nature of the European project.

On the face of it, France is historically vaccinated against the virus of majoritarianism. The Revolution’s root-and-branch hostility towards the Catholic Church and the determined religion-blindness of laïcité, France’s take on secularism, ought to guard against State and civil society backsliding into bigotry. This assumption makes the mistake of assuming that religious majoritarianism is about religion when it is a project of ethnic consolidation against a nominated minority.

The revolution in France led to the emancipation of the Jews from formal discrimination. But amongst the majority, including France’s intellectuals, emancipation was seen as a prelude to complete, unconditional assimilation. Casual anti-Semitism was common in Enlightenment France. Diderot was anti-Semitic, as was Voltaire. To note this is not to ask that we cancel our intellectual forbears for failing to be perfectly consistent or progressive. It is to observe that the intellectual pioneers of liberty, equality and fraternity were willing to caveat their principles, both explicitly and in practice, and these caveats had historical consequences.

Post-revolutionary France, having deleted the Church from the public realm, imagined that it had created secularism. In fact, all it had done was to elevate the average Frenchman complete with his cultural preferences and prejudices, and minus Christianity, into the archetype of the secular citizen. His habits, his fashions, his rules about facial hair or head coverings, his definitions of overt religiosity, would now define France’s good citoyen. Laïcité became an inquisitorial rule, a way of obsessively policing (and suppressing) public difference.

Government officials specifying how much skin women have to show before they can swim on a public beach doesn’t strike the French as grotesque. This is the Gaullist version of ‘we shall fight on the beaches’. In 1905, when laïcité was formally enshrined in law, the burkini wouldn’t have been an offence against French secularism because every woman who visited a beach at the turn of the century was similarly covered up. A century ago, the French woman at the beach wore a wool dress up to her knees, with bloomers underneath and the skin below her knees was covered by stockings and bathing slippers. The French don’t see the absurdity of defining secularism in terms of rising hemlines and changing fashions. A thought experiment is a useful way of appreciating the monstrousness of laïcité: if France was a nudist colony, circumcision would be disallowed as a public avowal of religious identity.

Laïcité makes the historical experience and practice of a relatively homogenous Christian population in the 19th and early 20th centuries a template for regulating the behaviour of a much more diverse modern society. The French simply assume that laïcité is culturally, historically and religiously neutral, untouched by France’s imperial history, uncoloured by its experience of Christianity or its encounter with racism and anti-Semitism. Laïcité is dangerous because it makes a virtue of intolerance. Nineteenth-century French intellectuals who should have known better saw no contradiction between republican virtue and anti-Semitism: having parked their Christianity in its proper place, they were keen to purge Jews of their Jewishness so they could vanish into the Republic.

But we know that assimilation didn’t help. There are poignant stories about patriotic French Jews so ideologically assimilated that they couldn’t bring themselves to reproach the republic for interning them in Vichy France. Germany’s Jews, let’s not forget, were the most thoroughly assimilated minority in Europe.

This April, a thousand French soldiers, including twenty generals, some retired, others on the reserve list, signed an open letter in a right-wing magazine, warning Macron that deadly dangers threatened France. They warned that a civil war was brewing and denounced “Islamism and the hordes of the banlieu”, the mainly Muslim migrant suburbs that surround Paris. The defence minister denounced the letter and threatened sanctions, but no concrete action was taken against the signatories. Marine Le Pen, leader of the Front National and Macron’s most formidable rival for the presidency, endorsed the letter. There are around five million Muslims in France.

If Marine Le Pen were to win the French presidency, the danger isn’t that France will change beyond recognition; the danger is that the Republic will accommodate the Front National’s neo-fascist majoritarianism without having to change. French liberals and socialists might object but it is the majoritarianism written into laïcité that allows Le Pen to segue from anti-Semitism to Islamophobia within the rhetoric of ‘secularism’. It’s the reason why Marianne, France’s goddess of Liberty, can look like Marine le Pen or sound like Brigitte Bardot.

Europe’s anti-clerical Enlightenment thinkers admired Imperial China for a seemingly ‘secular’ State, anchored in Confucianism, a humanist ethical system, rather than in organized religion. In Xinjiang, China repaid the compliment by taking laïcité to its logical conclusion: shaving faces, razing mosques, nationalizing Islam and educating Muslims out of their beliefs. No one in France — or Europe —should say that they weren’t warned.