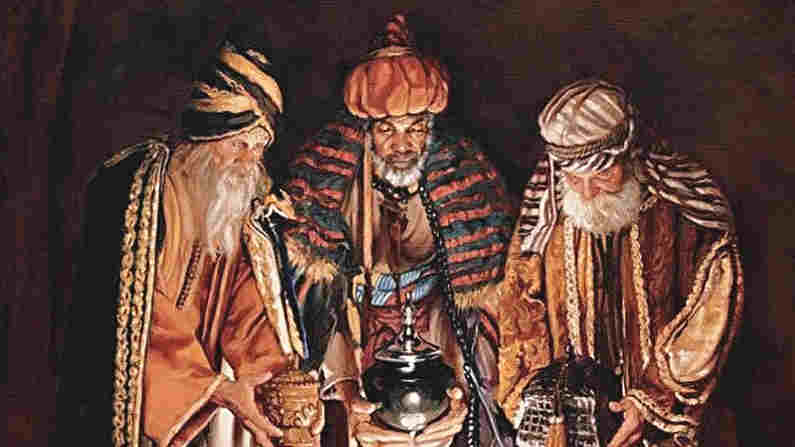 Christmas: time for the Magi, wise men from the East, to come with gifts of gold, frankincense and myrrh. Or just one magus, coming to the east from elsewhere. Gold is for earthly kingship, an aspiration embodied in the promise of a Golden Bengal; frankincense evokes deity, pertinently; myrrh is used for embalming, thus representing death — all around us, from infectious sickness, or unscrupulous violence.

Violence was one of the themes of the Union home minister’s perorations on his pre-Christmas visit to West Bengal. The state is ill-famed for its poll-related violence and the home minister said that 300 Bharatiya Janata Party workers had been killed here. Even the national president of the BJP was attacked on his Bengal tour, which the home minister condemned, since “[the] BJP believes that in a democracy everyone should have the right to voice their views”. He was serious. So was the prime minister when he beautifully described Aligarh Muslim University on its centenary as a “mini India” and declared that its diversity was the country’s strength.

That diversity, however, is more a pretty show than a characteristic of national life. All must sink religious and ideological differences for the single aim of achieving national goals. It is the prime minister and his party who define these goals for Atmanirbhar Bharat, or Naya Bharat, not the diversity of people. But the prime minister reassured his listeners that there was no discrimination in the march to progress; no one would be left behind because of religious or other differences.

It was almost as if police attacks on student protesters within the AMU campus did not happen. These students, and numerous others elsewhere, were protesting against the citizenship laws that many believe to be targeted against the minority community, part of the “diversity” the prime minister celebrated. Jails are quite crowded with such protesters as with other activists, teachers and writers known to champion the rights of the underprivileged, accused of being associated with the 2018 Bhima-Koregaon violence between Dalits and right-wing upper-caste groups. If Dalits are beaten up — Una is just one example — or members of the minority community killed in the name of cow protection or punished for love jihad, it is all for the sake of the national march to progress. The BJP’s idea of democracy is special. The prime minister must be seen washing a manual scavenger’s feet while the Union home minister eats in the homes of Dalits and marginalized people — no less than a Baul in Birbhum would do — on election campaigns. Pageantry is an excellent screen for disrespect. And voicing views is fine as long as they fit. Otherwise you can be ‘detained’ — and there if you lose your glasses you must await the State’s pleasure for another pair, if you are over 80 with Parkinson’s, you may or may not get a sipper to drink water, or if you are acutely sick you might, after many efforts by your family, be at best incarcerated in a hospital room.

The Union home minister seemed to be bringing the gift of that special democracy to West Bengal, a state — he was sure — which wished to be free of the Trinamul Congress’s corruption. The BJP is munificent enough to help its Opposition here, because the Union home minister welcomed into his party a number of TMC leaders, one of whom, together with two others who had joined the BJP earlier, figured in a video clip of a sting operation that showed them accepting money before the 2016 assembly elections. The BJP’s site had uploaded this as proof of the West Bengal government’s corruption. This being the season of peace and goodwill, that clip has been taken down. The BJP must be a purifying agent, and the clip — no doubt like other items in other situations — was simply an invitation to be cleansed. The carrot-and-stick combine hides a message of welcome: post-election triumphs in state after state are testimony to that. Carrots are good for health.

Fittingly, the Christmas pageant — a form of masked theatre in many cultures — was a pageant of love for Bengal. The Union home minister plunged into visits and eulogies to Bengal greats as though Vidyasagar’s statue had not been decapitated at an earlier roadshow he led, or the BJP’s casualness towards Birsa Munda had not been exposed. Bent on being an ‘insider’, the home minister held forth on personalities that Bengal treasures, dropping names from Vidyasagar and Netaji to, of course, Shyama Prasad Mookerjee, for unless the residents of the state knew he was the boy next door, his meticulously done homework would go to waste. Such ardent love can seem weird to cynics; great-man pilgrimages and election campaigns make a distinctly odd couple. But the residents of Bengal were obviously waiting to learn from a Union minister that Swami Vivekananda was one of the most dynamic spiritual leaders of the country who familiarized the world with the philosophy of India. And that — the point of the homework — Vivekananda gave the call to worship the nation as ‘Bharatmata’ in his Chicago address.

Like the roadshow in Bolpur that dazzled the home minister with his own popularity, the visit to Santiniketan was the crowning glory of the pageant. Earlier the BJP had a happy notion that Rabindranath Tagore was born there. The party’s relationship with the man has been difficult. Acquiring him for Hindutva by pulling bits and pieces of his remarks out of context has not borne fruit yet, neither have proposals to excise his writings on nationalism from text-books or drop his national anthem. Yet, the state BJP president, who believes that cow’s milk carries gold — another promise of Golden Bengal — thought that Sahaj Path was Vidyasagar’s work. But the idea of Tagore must be mastered — and edited — if Bengal is to be won.

The Union home minister’s certificates to “Gurudev” were overwhelming. He imagined the honour the Nobel committee must have felt in awarding Tagore the prize, because the poet’s creations were so much greater. Frankly, those who are not won over by this do not deserve the BJP’s gifts. The emphasis, however, seemed to be on nationalism — two national anthems, an inspiration to Indian nationalism, to Mahatma Gandhi and Subhas Chandra Bose — thin ice here, but Amit Shah said it. Tagore is supposed to have remained the “embodiment of Indian-ness” in spite of opening the doors to various cultures and languages. Gurudev’s contribution to the freedom movement will be forever remembered — did a star just fall, agonized? — and the BJP is “committed to fulfill [sic] Gurudev Tagore’s dream and restore the lost glory of Bengal”. No doubt we relish the idea of lost glory.

It does not matter that the prime minister’s ideal of wiping out differences would have sent Tagore out of the room. Quoting from him in a newfound love for Bengal, the prime minister claimed at the Visva-Bharati centenary celebrations that the idea of Atmanirbar Bharat is also a derivative of Gurudev’s sentiment behind his attempt to benefit “entire humanity” through India’s spiritual awakening. Although Tagore’s stay in Gujarat was mentioned, his work for farmers was somehow left out. But Visva-Bharati, the embodiment of his vision and work for “Mother Bharati”, presented a strong image of nationalist sentiment during Independence. The bell tolls.

Even if we overlook the implications of this projection of Tagore, it has to be asked: how eager is Bengal for the gift of myrrh? It is time to recall that Vidyasagar, Vivekananda, Tagore, and numerous others fought ceaselessly against bigotry in their many ways. They were champions of humanity, of all human beings without exception — a fact that remains unmentioned in the BJP’s proliferating eulogies. They came bearing immortal gifts. Is it the history they tried to make that West Bengal wants, or the one the BJP is trying to remake in its own image?