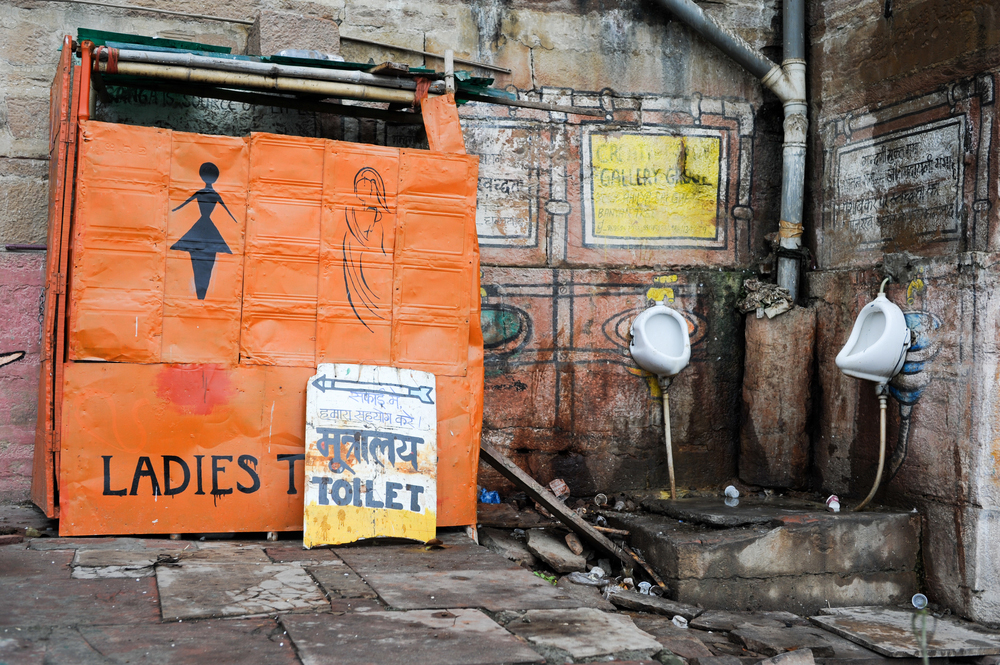 There have been reports from distant corners of brides refusing to marry unless they are provided with a toilet at their in-laws’ place
(Shutterstock)
The Editorial Board   |     |   Published 12.10.19, 10:52 PM

A wedding, one wisecrack goes, is a funeral where two people who find themselves on the altar of matrimony are provided with the luxury of smelling the flowers. The scent of matrimony need not always be pleasant. For instance, there are reasons to believe that marriages, figuratively speaking, are turning quite smelly in Madhya Pradesh. Grooms, for once, are on the receiving end in a nation that is known to frown on the bride in a myriad ways. The credit for turning the scales must go to the ingenuity of the state government. As part of the Mukhya Mantri Kanya Vivah/Nikah scheme, a bride is entitled to a particular sum of money. But a rather odorous condition has now been attached before payment can be made. It has been reported that application forms are only being accepted if the bride-in-waiting can provide evidence of the existence of a toilet at the residence of the would-be groom. The proof, the administration has ensured thoughtfully, is only a camera-click away. All that the bridegroom has to do is take his picture — a selfie — inside the toilet.

The idea of making a loo mandatory for marriage is far from loony. The lack of access to sanitation facilities can extract a high price. Criminal assaults on women who have to leave their house to relieve themselves in the open are not uncommon in India. Research suggests that the absence of a toilet can be lethal in other ways; women’s enrolment drops when schools lack toilets, to say nothing of the serious health risks for girls and boys. Hearteningly, things seem to be changing, even in administrative outposts. There have been reports from distant corners of brides refusing to marry unless they are provided with a toilet at their in-laws’ place. Some credit for this heightened awareness for safety and hygiene among young women must go to the government. Swachhta, after all, is making or breaking marriages in the country. But then success is a heady brew. It can, at times, go to the head of even a conscientious government. That seems to be the case in Madhya Pradesh where those entrusted with the responsibility of governance have found a novel way of dodging the task of ensuring that each household has a loo in a nation that is being whipped to be spotless. All that is required to erase the spots, as it were, is an obliging groom, willing to photograph himself inside a toilet. The prime minister, who harps on the need for the spirit of innovation, surely would not find fault with this method of compliance.

But it is unlikely that Madhya Pradesh would be able to rid itself of the rancid smell. Dignity is integral to the idea of citizenship. The #selfie-standing-in-toilet — it is improbable that the image would be ‘trending’ even in a private wedding album — can be looked at as a serious breach in the State’s commitment to uphold the decency and privacy of its subjects. This violation, in turn, exposes a formidable challenge. Governance in India is yet to discover the formula for being effective and humane simultaneously.