Sanskrit is not the exclusive domain of one religion 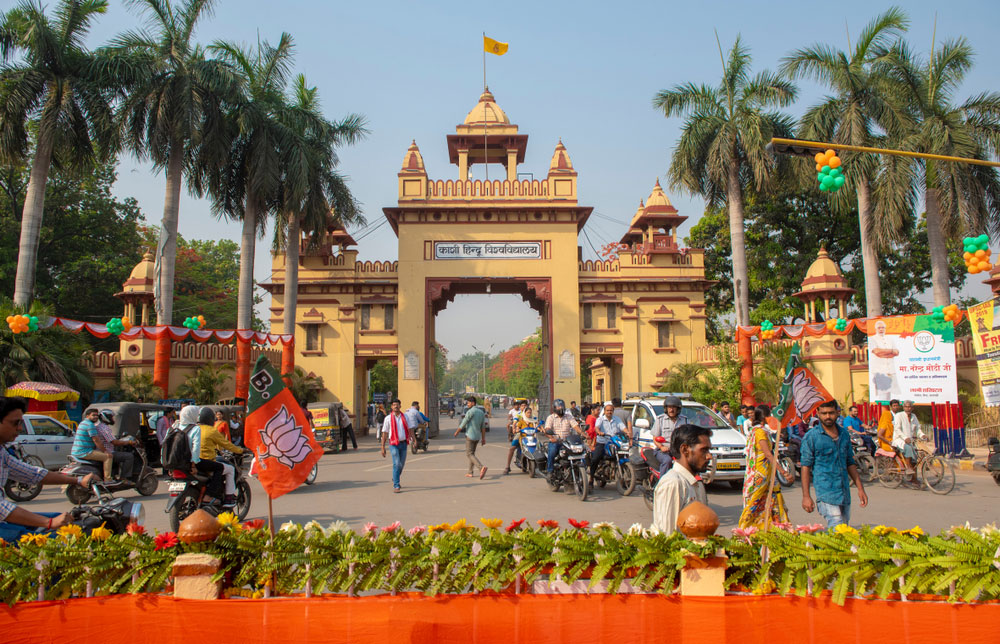 The protesters should remember that the initial endowments for the setting up of the Banaras Hindu University cut across religious boundaries, with the Nizam of Hyderabad making a generous contribution.
(Shutterstock)
Argha Kr. Banerjee   |   Published 28.11.19, 09:00 PM

The deplorable conduct of a section of students of the Banaras Hindu University agitating against the appointment of Feroze Khan as an assistant professor at the Sanskrit Vidya Dharma Vigyan comes across as a distressing experience for numerous reasons. Not only was Khan unanimously recommended by the selection committee in tune with UGC guidelines but the agitation is in direct contravention to the BHU’s spirit of providing equal opportunities to all, irrespective of community, caste, religion and gender, as envisaged by its founder, Madan Mohan Malaviya. This obdurate, irrational stance portends sinister forebodings for liberals, freethinkers and moderates. It reveals the contemporary sway of bigotry and prejudiced chauvinism that are rapidly proliferating in the name of religious sanctity and purity.

The controversy over Khan’s appointment is not unprecedented. Gopalika Antharjanam, a resident of Malappuram in Kerala, who had taught Arabic in a school for nearly 30 years, had proved her resilience against religious fanatics in her state. When the authorities of her school objected to a Brahmin teaching Arabic, she immediately explored the legal option to settle the issue. Armed with an order from the Kerala High court, she was reinstated in her job. Her dedication and persistence serve as an inspiring precedent for Khan.

In Khan’s case, the situation has been reversed where a practising Muslim has been denied placement in a Sanskrit department. The flawed raison d’être cited by the defiant protesters is that just as Hindus are prohibited from undertaking teaching assignments in madrasas, similarly, a Muslim cannot be entrusted to teach in a gurukul. Incidentally, unlike other universities, there are two departments for Sanskrit at the BHU — the gurukul and the Sanskrit faculty within the Arts department. The Sanskrit Vidya Dharma Vigyan traditionally does not permit the entry of a non-Hindu. Blinded by their radical perspective, the protesters have not even agreed to allow Khan to teach all other papers except those pertaining to religious rituals.

These dissenters should remember that without the expansion of a primitive, prejudiced mind, there can be no way forward for the language. Viewing a language like Sanskrit as the exclusive domain of one religion is not only unjust but also constrictive. Sanskrit’s revival is predicated on the obliteration of the exclusive cultural hegemony associated with the language. It must be made inclusive, involving all communities. Religious identity must not stand as a hindrance to the appointment of teachers possessing the required expertise in the field.

Those who regard Sanskrit as an exclusive, elitist domain will have to reconcile themselves with the fact that over centuries, the language has been served most by dedicated researchers across diverse religious backgrounds. This list includes scholars like David Shulman, Patrick Olivelle, George Cardona, Max Mueller, William Jones, among others. This glorious tradition can be traced back to the Mughal prince, Dara Shikoh, who, with the aid of scholars from Banaras, translated the Upanishads from Sanskrit to Persian. These translations later paved the way for further transmissions of the sacred texts in Latin to the world at large.

The protesters should also remember that the initial endowments for the setting up of the BHU cut across religious boundaries, with the Nizam of Hyderabad making a generous contribution.