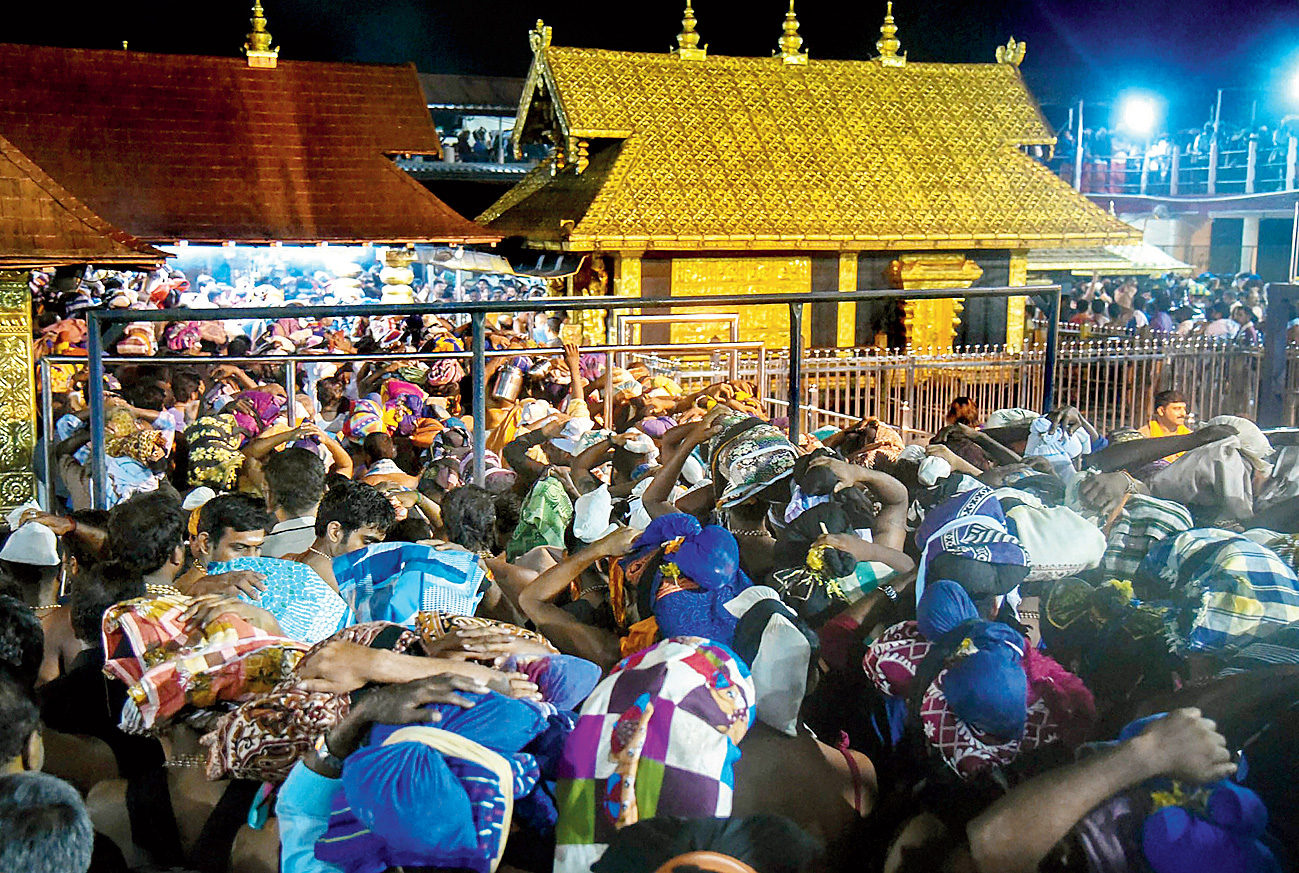 The suggestion that the higher judiciary is unresponsive to public sentiment — an important element in democratic functioning — has been frequently heard, and not merely from the lips of those who are condescendingly described as Narendra Modi bhakts. A perusal of the parliamentary debates in 1951 on the First Amendment to the Indian Constitution that, among other things, insulated the different zamindari abolition legislations from judicial scrutiny would indicate that this sentiment is also very Nehruvian. It was also heard during the high noon of Indira Gandhi’s socialist phase when there was a demand for a ‘committed judiciary’ to complement a ‘committed bureaucracy’ and ‘progressive’ politics.

The belief that the judiciary in India has transformed itself into a self-perpetuating, unelected oligarchy may have a contextual basis. However, like most political formulations that arise from the heat of the moment, it is a trifle overstated. There may well be a handful of conservative judges who sincerely believe that the separation of powers is sacrosanct and that it is the business of the judiciary to interpret the law, probe and adjudicate the unforeseen grey areas between different laws and leave lawmaking to the legislature. They would hold that Article 21 of the Constitution guaranteeing citizens the right to life and personal liberty cannot be extended by judges to include the rights to healthcare, clean air, privacy and, in line with the American Declaration of Independence, the “pursuit of happiness”, at least not without the endorsement of the legislature. Alas, in this age of hyper-activism, such a judicial philosophy is likely to be dismissed as being literalist and fuddy-duddy.

The larger question of the relationship between the judiciary and public opinion has no clear-cut answers. There have been moments when judges have been accused of playing to the galleries and pandering to the anti-corruption lynch mob. In laying down procedures for appointments to constitutional and quasi-constitutional posts such as the Central Bureau of Investigation director, the Supreme Court has certainly gone along with the public exasperation over the politicization of every aspect of public life. Moreover, many of the court’s interventionist guidelines came at a time when a politically unsure executive found itself vacating its governance responsibilities. In short, there was a definite political context to India’s history of judicial activism. It will be interesting to track the judiciary’s approach if, say, India has a prolonged period of stable, majority governments capable of passing laws without too much difficulty through both the Lok Sabha and the Rajya Sabha. The first four years of the Modi government has in many ways been a grey area. The National Democratic Alliance government enjoys a comfortable majority in the Lok Sabha but has struggled with bills in the Rajya Sabha.

It is on the issue of social policy that the relationship between the judiciary and public opinion is more complicated. In the recent past, the courts have made important interventions to decriminalize homosexuality, remove adultery as a criminal offence, ban unilateral instant triple talaq divorces among Muslims and permit women’s access to shrines such as Haji Ali in Mumbai and Sabarimala in Kerala. Most of these judgments have not been greeted with significant opposition in the court of public opinion, although there have been some murmurings that changes to the Indian Penal Code should have been left to Parliament to work out. There was also some fleeting unease over a misconception that by removing homosexuality as a criminal offence the judges were also endorsing same-sex relationships. But that was a passing disquiet that did not distract from the widespread feeling that to cast homosexuals as criminals was a step too far.

The Sabarimala judgment belongs in a different league altogether. Apart from the 1986 Shah Bano judgment — recognizing the principle of alimony to divorced Muslim women — that provoked a fierce reaction in Muslim society and compelled the Rajiv Gandhi government to pass remedial legislation, there has been no other judgment that has triggered such a backlash. The unhindered right of women of all ages to worship at the Sabarimala temple — thereby removing a ban on all women of child-bearing age — has led to mass protests all over Kerala and unease among Hindus all over the country. The protests, that included a very large number of women devotees, were significant enough to force the communist-led state government of Kerala to call off attempts to allow some women — who turned out to be activists, rather than devotees — to enter the temple under police protection.

The Sabarimala judgment that prioritized Article 14 of the Constitution conferring equality on all citizens over Article 25 giving religious denominations protection of their beliefs, traditions and sacred space provoked a great deal of opposition. An existing belief that judiciary-inspired social reform initiatives would be readily welcomed, and opposition would be token and politically inconsequential was disturbed. The faith in the court’s innate wisdom had been bolstered by the fact that the judgments on homosexuality and instant triple talaq were widely, and even internationally, acclaimed. It may also have been felt that by opening the doors of Sabarimala to all, the court was pursuing the logic of social reform initiatives over the ages that included the abolition of sati, raising the minimum age of marriage, barring temples from discriminating among worshippers on the basis of caste and granting equal rights of inheritance to women. In short, there was a belief that a historical process was at work.

Whether the unique traditions of the Sabarimala temple — other Ayyappa temples allow women access — should be constitutionally protected or subsumed by the larger principle of gender equality is a matter of serious debate. In a significant intervention, the finance minister, Arun Jaitley, has suggested that whereas institutions such as marriage, divorce, adoption and inheritance must be governed in line with Article 14, the rites of worship and certain customs deserve protection under Article 25. He suggested that it is for the courts to evolve a harmonious relationship that gets rid of harmful and obnoxious customs without affecting the body of faith.

In the Sabarimala case two factors are consequential. First, it is important to note that women devotees of Lord Ayyappa seem to feel that faiths demand they wait until they have crossed the age of 50 before entering the temple. While Marxists would probably dub this sentiment as ‘false consciousness’, the reality is that belief in Lord Ayyappa also involves a belief in his sacred celibacy. In the Sabarimala controversy, it is the women who have been equally vocal against the mechanical application of Article 14.

Secondly, the Hindu way of life involves a chaotic blend of the ‘great’ and ‘little’ traditions that are not prone to codification. There are unique beliefs and customs that may strike modernists as bizarre but are nevertheless real and, more important, a part of the belief structure of local societies. Some of these have undergone modifications keeping in mind both convenience and evolving sensibilities but others have remained unchanged over the centuries. Applying a uniform constitutional criterion on all religious customs may seem like viewing the Hindu way of life through a Semitic prism that can have troubling consequences. The Ayyappa cult may not be a separate religious denomination but it has to be given autonomous space. It is the fight for that space that has propelled a mass upsurge of Hindus in southern India.

What is particularly ironic is that the modernists and non-believers were in the forefront of charging the Ayodhya movement with the attempt to create a ‘Semitic Hinduism’ and riding roughshod over the ‘little’ traditions around the Ramayana. Today, the boot is on the other foot.

The Supreme Court as the ultimate arbiter