Ukraine and the twentieth-century lexicon 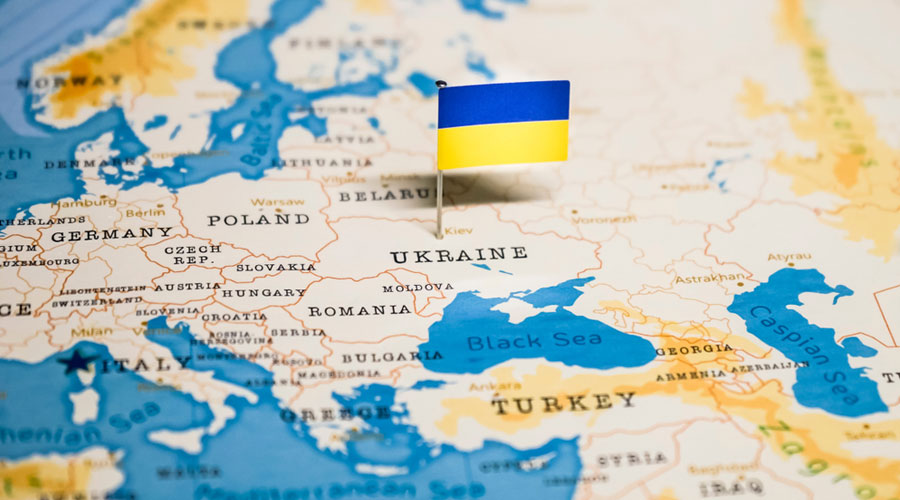 Russian military exercises near its border with Ukraine coincide with a diplomatic scramble to resolve the latest in the many crises that periodically impact relations between Russia and the Western alliance. The lines are reasonably clear; even predictable. On one side is the view that the crisis has emerged from the insensitivity of the United States of America to Russian security concerns with regard to NATO expansion ever deeper into the periphery of Russia. So even the theoretical possibility of Ukraine joining NATO is bound to be unacceptable to Russia; not recognizing this lies at the root of the current crisis. The competing narrative is also self-contained and internally consistent: Russian hegemonic assertion, whether in eastern Europe or elsewhere, must be resisted; to succumb to Russian insecurities would be to reject the aspirations of Russia’s immediate neighbours, which would want some countervailing leverage against its dominance.

The significance of the current situation should not be underestimated. At the very least, it has meant a further consolidation of a Russian-Chinese understanding with regard to the US. On the other hand, it has also restored NATO’s centrality to the US’s security discourses. Both sides have major domestic equities at stake. For the US president, Joe Bidden, the opportunity to stare the Russian bear down can offer major relief after the ignominy of the fiasco of the withdrawal from Afghanistan. For the Russian president, Vladimir Putin, there is the opportunity to further buttress his standing for strong Russian credentials. Similar equities can be traced in the profiles adopted by the other players, not least the United Kingdom, Germany and France. Yet, all these are tangential factors in what may well be a real geopolitical moment — when competing and divergent interests come up against each other. Diffusing such a moment is the stuff of diplomacy and preventing its recurrence the aim of foreign policy.

The Ukraine situation is generally being ranked amongst the most significant of the post-Cold War era. However, its analysis, consciously or otherwise, reaches deep into the diplomatic history and even the lexicon of the twentieth century. Among the terms most frequently employed are Appeasement, Containment and Finlandization. Each term conjures images that relate to the most fundamental issues of diplomacy — how to prevent war and armed conflict.

Appeasement has long had a pejorative connotation; in external situations, of course, but also, as we know, in domestic discourses. Much of this can be traced back to the 1938 agreement reached by the British prime minister, Neville Chamberlain, with Hitler. The agreement, aimed at preventing another disastrous European war, centred on Britain and France acquiescing to the German annexation of a chunk of Czechoslovakia. This move, wildly popular at the time, fell into even greater disrepute when the war did finally begin in September 1939. In this narrative, Chamberlain became a minor villain for having ‘appeased’ Hitler, thereby whetting his appetite for expansion, when standing up to him may have prevented his excesses. Churchill, the subsequent British prime minister, voiced this criticism of Chamberlain and of ‘appeasement’ in general. This became in time a dominant trope in Western geopolitical thinking: not standing up to aggressive behaviour only postpones catastrophic consequences.

This view did not go unchallenged by historians and in time revisionist views about Chamberlain surfaced. Recently, they have expressed themselves in popular culture in the film, Munich — The Edge of War (released, coincidentally, as the Ukraine crisis emerged), where Chamberlain’s ‘appeasement’ policy is to give Britain time to rearm for the war that lies ahead. This was, therefore, not weakness but calculation and realism. Other historically more accurate revisionist hypotheses argue that appeasing Hitler in Europe was Britain’s most effective way to safeguard its imperial possessions. Here, Churchill — not Chamberlain — is in the dock: the former’s determination to destroy Nazism also effectively finished the British empire.

Nevertheless, the negative connotations of ‘appeasement’ have remained so strong that no government wishes to be accused of it. In the early years of the Cold War, debates in the US remained within the binaries established in dealing with Hitler before the Second World War. Thus, dealing with the Soviet Union meant choosing between appeasement and war. An American diplomat, George Kennan, then famously suggested a third option: Containment. This part concept, part actual policy, was enormously influential, notwithstanding the multiple meanings associated with it. For its critics, containment appeared to be no more than appeasement in a different garb. In their view, since a clash with the Soviet Union was inevitable, it should not be delayed on the grounds of containment, which would only provide the adversary time to build up its own arsenal to threaten the US or its allies. These critics were proven spectacularly wrong with the demise of the Soviet Union, and containment was, as an overall political, military and economic approach, vindicated.

The third term that has acquired a fresh currency is ‘Finlandization’. As the Cold War set in in 1948, given Finland’s location on the USSR’s borders, Helsinki agreed with Moscow that it would not become a part of NATO; but, unlike the Soviet Bloc, it would not be in a military alliance with it either. This was then a position of strict neutrality but in practice also meant conceding to a considerable Soviet influence. Such an outcome for Ukraine would suggest to many in the West a weak response to the perceived Russian assertion. But the fact that the term was aired recently in the context of the Ukraine crisis by the French president suggests that it is in the mind even if not yet on the negotiating table.

How precisely the Ukraine situation will get diffused is difficult to say. The US media do not rule out actual conflict in Ukraine, the consequences of which will be further, and perhaps crippling, economic sanctions on Russia. But if diplomacy does provide the answer, the final package may well have ingredients that underwrite each of these three concepts and the solution will be both welcomed and also blasted by its critics as a weak response much as each of these terms was criticized in the past.

T.C.A. Raghavan is a retired diplomat