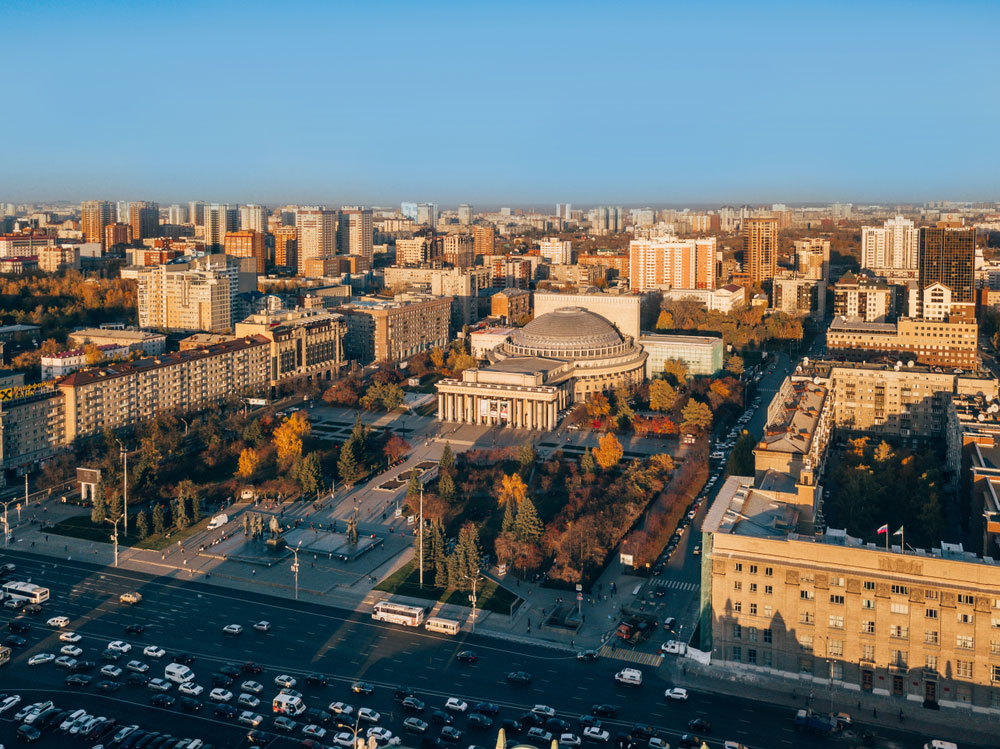 Downtown Novosibirsk is the largest urban habitat of Siberia, infamous for concentration camps of the Stalin era and numerous graves of gulag victims beneath the highways.
(Shutterstock)
Sankar Ray   |   Published 28.05.19, 10:57 AM

Dialectics at times is self-ridiculing. The birth centenary of the Nobel laureate and Russian novelist, Aleksandr Isayevich Solzhenitsyn, was on December 11, 2018. The Novosibirsk regional committee of the Communist Party of the Russian Federation installed a monument of Iosif Vissarionovich Stalin. The mayor of Novosibirsk, also the head of the KPRF regional committee, said that an estimated expenditure of one million rubles would be needed for readying and beautifying the site.

The announcement followed a clean chit from the world’s most dreaded espionage outfit, the Central Intelligence Agency, that crimes in the gulags were exaggerated. “While acknowledging the harsh conditions that existed in the Gulags — as with any prison system in the world — the goal of this article is to shed light on the following facts: (1) the harshness of the prisons has been exaggerated by the Western press, with numerous lies being made up, (2) the statistics in regards to the Gulag population have been exaggerated, (3) there was a genuine effort at improving the prison conditions when given the chance, and (4) the prison standards were much higher than those of many capitalist countries”. The same CIA, in The Soviet Labour System: An Update (1954), stated that the number of gulag prisoners “grew to about 2 million” during Stalin’s time.

The New York Times carried a report from its Moscow correspondent on July 31, 1996 that described the gulag as ‘the largest system of death camps in modern history’. It divulged that “[a]lmost a million gulag prisoners were released during World War II to serve in the military. The archives reveal that more than half of all gulag deaths for the 1934-53 period occurred during the war years (1941-45), mostly from malnutrition, when severe privation was the common lot of the entire Soviet population.”

Downtown Novosibirsk is the largest urban habitat of Siberia, infamous for concentration camps of the Stalin era and numerous graves of gulag victims beneath the highways. The semi-authoritarian regime of President Vladimir Putin glorifies Stalin with gusto. Thus, the birth centenary of Solzhenitsyn is suppressed. Defending the legacy of the conscientious litterateur, an editorial in the Russian business daily, Vedomosti, stated, “much has been done to perpetuate the memory of the great writer and thinker and humanist: a street in Moscow was named after him, a prize was established, a museum was created in Kislovodsk”. In his Nobel lecture in 1970, Solzhenitsyn defined his vision on literature as ‘the living memory of the nation, which stores the lost history in a form not susceptible to distortion and slander... intervention of force in creativity — ‘excision of the national memory’’.

Norman Podhoretz, in the essay, The Terrible Question of Aleksandr Solzhenitsyn randomly quoted zeks (former prisoners) who praised the humanist author of The Gulag Archipelago. One of them said gratefully, “My face was smothered in tears... I didn’t wipe them away or feel ashamed, because all this... was mine, intimately mine, mine for every day of the fifteen years I spent in the camps.” For Podhoretz, Solzhenitsyn “remained a Marxist and a Leninist in whose eyes Stalin had betrayed the revolutionary heritage of 1917. It was only in the Gulag that he gradually came to see Stalin and Stalinism not as the betrayal of Marxism and Leninism but as their logical culmination and fulfilment”.

Eight years in the gulag could not prevent Solzhenitsyn from writing, risking his life or courting more severe conditions. Once in a blue moon, when pen and paper were available, he scribbled a disjointed narrative; the rest were tens of thousands of lines, retrieved from memory after his release, enabling him to transcribe them secretly. Frost, blizzards, humiliation, starvation, all immortalized by a man whom a section of literary theorists called ‘New Tolstoy’, in spite of inspired historiography canonizing Stalin.