Pakistan needs to find ways to improve its economy 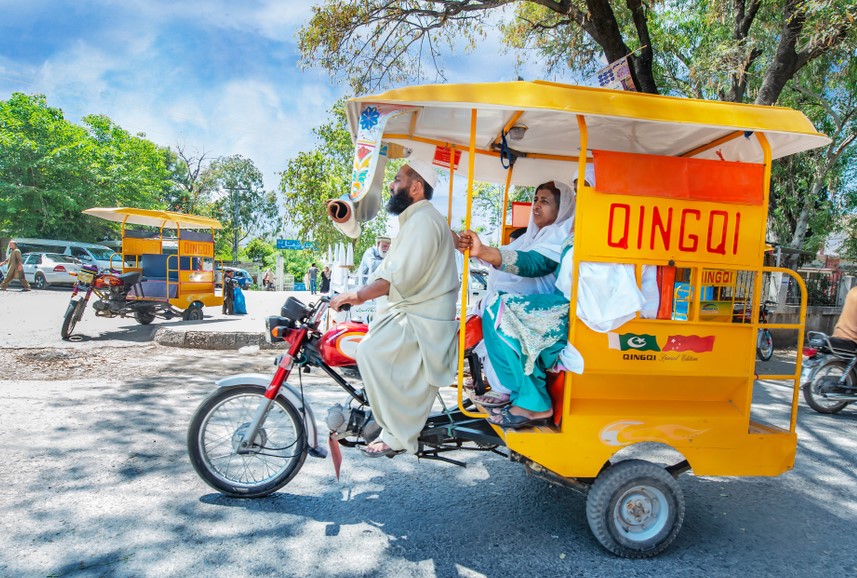 Pakistan has not been doing too well economically. Its gross domestic product growth has fallen from 6 per cent in the 1960s to 4 per cent in recent years — lower than in comparable Asian countries. There are no quick ways to improve its performance. So the World Bank took a long view, and asked how Pakistan can shape its future up to 2047, when it will be a hundred years old.

It began with some facts. Pakistan has a fertility rate of 3.7 per cent; 1.3 per cent of its people die every year, but still its population grows 2.4 per cent annually — the fastest rate in south Asia. The figure should be brought down to 1.2 per cent by 2047. For this it must educate its girls longer, and spend more on female health.

Of its children under five, 38 per cent are stunted. It must give subsidies to its poor, and improve infants’ health and nutrition. Investors have to go through 10 bureaucratic procedures before they can start business. It must simplify approvals, and give them online. Pakistan’s international trade is only 26 per cent of its GDP. It must normalize relations with India and reduce trade restrictions. Its tax revenue is only 13 per cent of the GDP. It introduced agricultural income tax in 1996, but gets only 0.22 per cent of its revenue from it. It levies a tax on agricultural water use, but zamindars have ensured that it is kept ridiculously low. It must broaden its tax net, enforce and incentivize compliance, and improve Centre-province coordination. It produces only $1 per cubic metre of water used in agriculture. Downstream farmers receive a third as much canal water as upstream ones. It must measure water use, and price it. Its government must become more transparent: it must publish budget documents and annual accounts of government enterprises on time.

These necessary reforms have not occurred because of politically influential interest groups. For instance, the textile industry, which is not taxed, has successfully sabotaged the introduction of a goods and services tax. There are twice as many industrialists in Parliament as there were 30 years ago. Landlords get elected with tenants’ votes. When hospitals come under ministers, doctors and health workers who politically support those ministers absent themselves often. Although government schoolteachers are better paid and better qualified than private ones, they teach less well when they have political patrons; 22 per cent of government schoolteachers are absent on average.

Pakistan’s savings ratio was only 13.8 per cent in 2011-15. Pakistani earners have more dependents, so they save less. Consequently, its growth has been dependent on transfers from abroad. Only 21 per cent of Pakistanis have bank accounts; 20 per cent save, but only a half of them put their savings into bank accounts. Bank deposits are only 37.6 per cent of the GDP. Most of them are short-term, so banks cannot give long-term loans. Government borrowings rose from 10 per cent of the GDP in 2006 to 28 per cent in 2016; they crowded out private borrowings, which fell from 26 to 16 per cent. The financial market is also undeveloped; only 11 companies have been able to borrow on the stock exchange.

The government’s expenditure is dominated by defence, interest, wages and salaries. It invests little; infrastructure is consequently undeveloped. The government has tried to invest out of borrowings from abroad; the China-Pakistan Economic Corridor is the latest example. But borrowings have to be repaid. In 2008, Pakistan received 3.1 per cent of the GDP in foreign investment; in recent years, the figure has been less than 1 per cent.

Pakistan has a lower global competitiveness index than its south Asian neighbours. Its private sector says that the regulatory regime is unpredictable and inconsistent, and that the tax administration is corrupt, complex, and wastes a lot of time. Textiles, for instance, have to deal with 47 government agencies and pay a dozen taxes. Some sectors are very lightly taxed — for instance, real estate. In 2016, exporters and importers spent an average 20 and 13 hours respectively to clear customs in the OECD; in Karachi, they needed 141 and 294 hours respectively.

The government runs huge deficits, and finances them by selling its loans to banks. It takes away 60 per cent of bank finance, leaving only 40 per cent for businesses. Two-thirds of bank loans go to 0.4 per cent of businesses; a small number of influential businessmen grab credit — and do not repay.

The government has set up a monopoly buyer of electricity; it does not pay for the power in time, so generation companies are poorly managed. Power distribution companies vary; some have poor collection record and high system losses.

Property taxes are taken away by provincial governments; city municipalities have to depend for grants on them. Their poor land planning and management have led to urban sprawl and extended slums, less livable cities and inefficient spatial development.

Pakistan has relatively high tariffs and import restrictions. It has high tariff escalation: tariffs on intermediate goods are 2.2 per cent higher than on raw materials, and tariffs on consumer goods are 10.4 per cent higher than on intermediate goods. Politically favoured firms get tariff exemptions: 75 per cent of the exemptions go to 100 firms. Because of this rampant protection, Pakistan’s exports increased only 50 per cent between 2005 and 2017; India’s rose 216 per cent, Bangladesh’s 250 per cent, and Vietnam’s 519 per cent.

Imran Khan, the well-known cricketer, won the general election in Pakistan last August, and took on Pakistan’s case. He did not have much trouble: he just borrowed billions from Pakistan’s close friends — China, Saudi Arabia and United Arab Emirates. And he appointed Asad Umar, an ex-executive of Engro Corporation, as finance minister. Umar went to Washington in the middle of April, where he spoke in the World Bank’s spring meeting, and talked to the International Monetary Fund and the World Bank for a further package of loans. He lined up $8 billion. Presumably he brought the message I have summarized above from Washington, which displeased Imran. As soon as Umar returned to Islamabad, Imran removed him from the finance ministry and asked him to take over the energy ministry. Umar refused, and went home. His wife was astonished: why had her husband, who never came home before ten at night, turned up at four in the afternoon? How could she gossip with her friend Rumaila if her husband was at home? That problem was soon solved, for Rumaila was so shocked at Umar’s untimely appearance that she picked up her bag and left. Umar told his wife how relieved he was to stop running from one capital to another and begging for money. They drove off to Margalla hills, north of Islamabad, and enjoyed themselves for some days.